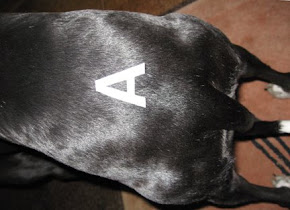 It's Nigel's butt! Ha ha ha! As if we needed more stress, while we were installing M.A.'s show last Weds, Nigel sprouted a thumb-sized lump on his upper chest. By Thursday it was as big as an egg, so we called Doc Martin and Nige was in and out of surgery 4 hours later, one mystery lump (biopsy pending) lighter. 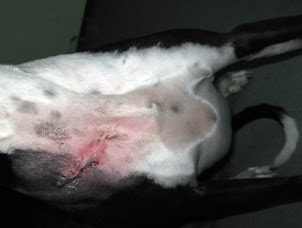 The incision is healing nicely into a macho scar, but is slightly garish in the meantime, so we dug out Reyna's old bandana and Nigel got a new nickname. 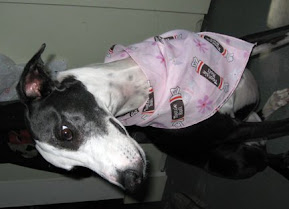