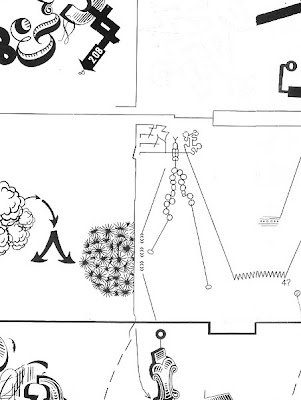 My 10-year-old graphic score "The Mysterious Stranger Pt. A:a—The 2012 ovtr" (along with a brief excerpt from my unfinished electroacoustic rendition thereof) just got published in the Sound Art section of the new edition of Drunken Boat, an online literary journal of the arts.
Posted by DougH at 3:20 PM No comments: 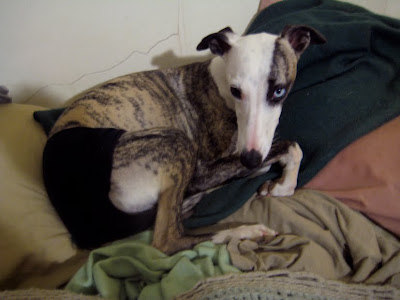 The mood around here has been distinctly altered by the pheromones - weird trance states, political upheaval, and sudden mood swings. The other night Chloe - who sleeps at the head of the bed - suddenly woke up at like 3 AM and chomped me on the bicep -- and it fuckin hurt! Never happened before, either. Nogonna happen again, as I'm building her one of those 'menstruation huts' out on the back 40, where she can hook her tentacle up to the Gaia Hypothesis Shrub and save the noble blue-skinned aborigines by commanding the purple dragons to clog the intakes of the invading hover-jets. Or whatever it is chicks do at "that time of the month." Long as I don't get any more distinguishing scars.
Posted by DougH at 6:56 PM 5 comments: 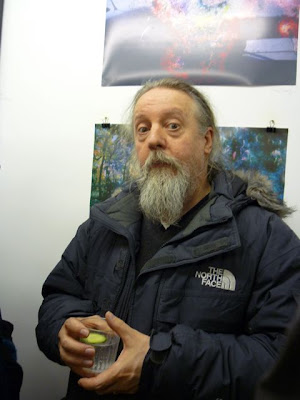 UK correspondent Cathryn Ward sent along this snapshot of Edwin Pouncey AKA Savage Pencil (UK scraggy line cartoonist, rock critic, and compiler of the awesome Moondog set on Honest Jon's) standing in front of my mouldy slide prints at the Strange Attractor Salon.
Posted by DougH at 5:59 PM No comments: 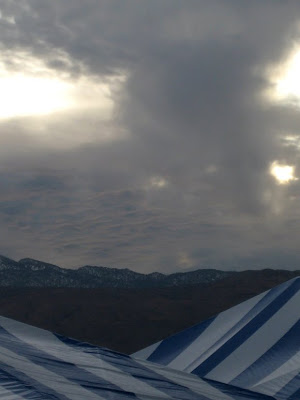 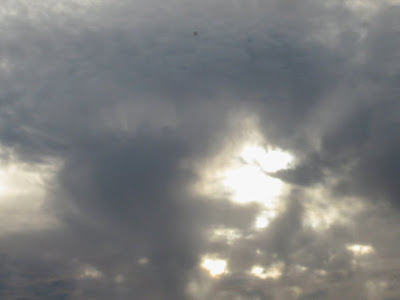 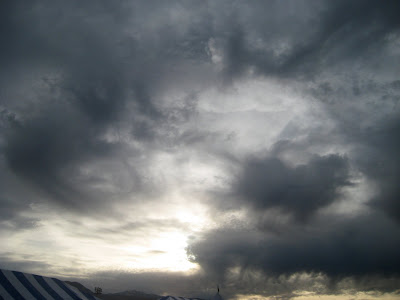 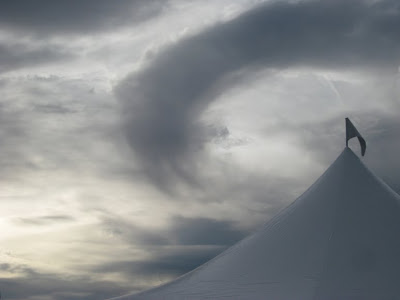 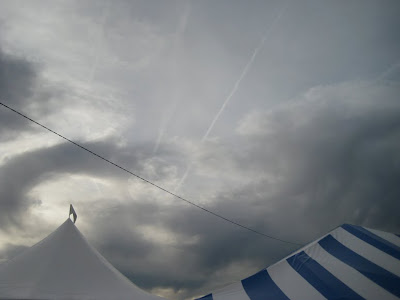 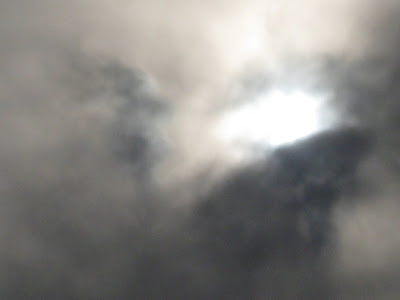 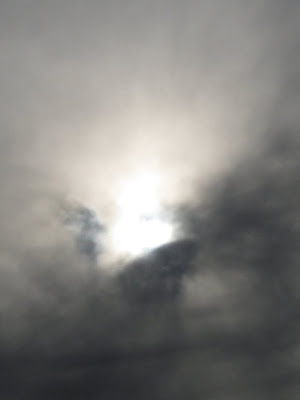 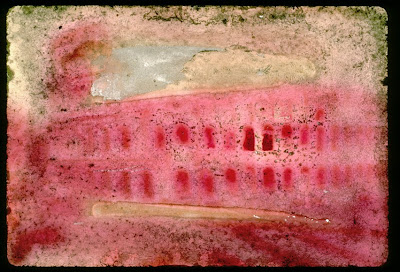 Fans of my moldy slide presentations will be either disappointed or horrified to learn that I have agreed to exhibit the images as digital photo prints instead of projections of the original format rhizomatic kodachromes. This is because the request came from Mark Pilkington of the extraordinary journal Strange Attractor, which previously reprinted a small portfolio of the fungal transparencies. The new selection - mostly previously unseen images from my moldy archives - will be included as part of this show, opening tomorrow in London (UK). I will be present in astral form.

The first Strange Attractor Salon will be held at Viktor Wynd Fine Art (incorporating The Little Shoppe of Horrors), 11 Mare Street, London, UK, E8 4RP, between 7 and 31 January 2010.
The exhibition will gather together, for the first time, a selection of art and illustration from Strange Attractor’s contributors, friends, allies and inspirations.
Like our books and events the Salon will incorporate a wide range of media (painting, drawing, photography, sculpture, sound and video) from both trained and untrained artists. The assembled exhibitors all share Strange Attractor’s fascinations with inner space, craft, science (natural and unnatural) and the fantastic. 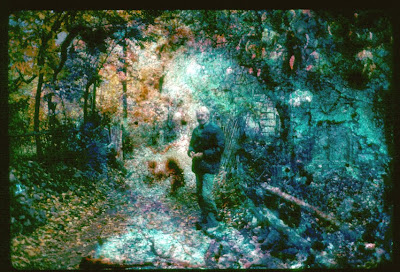 Celebrating unpopular culture since 2001, Strange Attractor has been an open channel for high strangeness in all its forms: publishing books and curating talks, performances, screenings and events at venues all over London. Drawing on a deep seam of knowledge contained within historians, anthropologists, sorcerers, artists, authors, musicians, obscurists and enthusiasts, Strange Attractor declares war on mediocrity and a pox on the footsoldiers of stupidity. Join us! 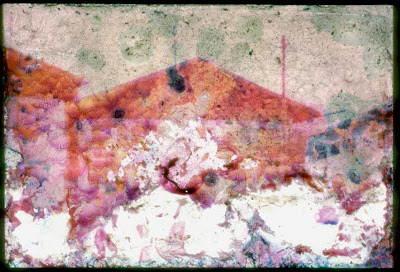 And many happy returns, Syd, wherever you are!
Posted by DougH at 5:00 PM No comments: