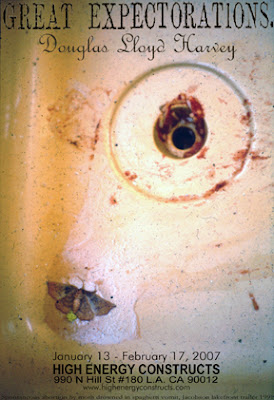 Here's a poster image I made for my forthcoming solo show at High Energy Constructs in LA's Chinatown district opening January 13th 2007. You probably can't make out the caption, but it reads "Spontaneous abortion by moth drowned in spaghetti vomit, Jacobson lakefront trailer 1991." Top that, Wolfgang Tillmans!
Posted by DougH at 5:35 PM 3 comments:

Round and Oval, Abstract and Otherwise 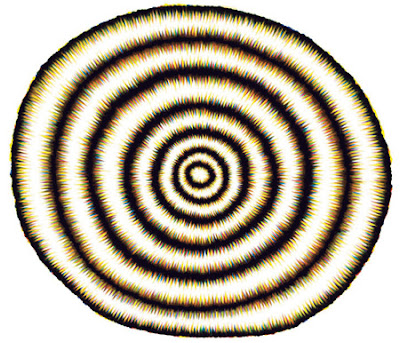 Here's my write-up of 7 abstract painting shows in LA that was intended for the award-winning List Issue of the LA Weekly, which failed to materialize this year, but what the heck. This off-register marker mandala is ICON II (2006) by Vancouver artist Nicholas Pittman. 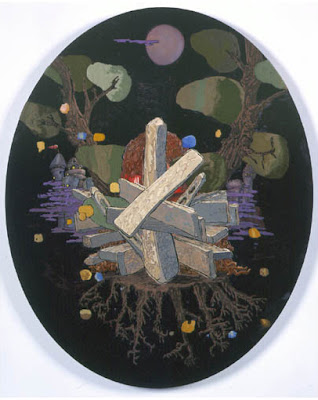 If you go here you can get a free 6-issue subscription to the digital version of ArtReview, whose January issue includes an essay I wrote about Ivan Morley's sometimes abstract sometimes otherwise work -- originally for a catalog essay, but then it found a new home in England. The work above is Tehachepi (sic) from 2003.
Posted by DougH at 1:29 PM No comments: 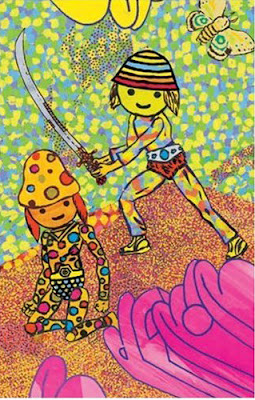 Here's my holiday book gift list from the LA Weekly, featuring Vale's PRANKS 2 and Brian Chippendale's amazing NINJA (pictured above) among others.
Posted by DougH at 2:15 PM No comments:

We Only Want What's Best For Him 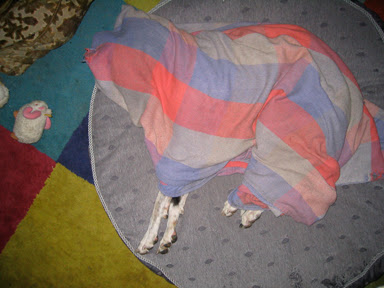 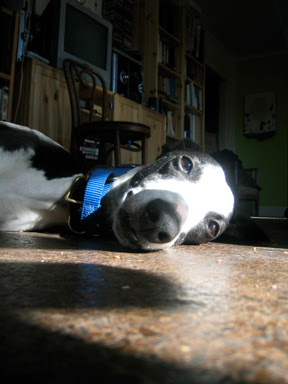 Here are a couple of shots of the latest addition to our herd of sighthounds. Nigel is a 2 year old whippet of show breeding, but tragically a full inch over standard. Westminster's loss will be Competition Obedience's gain.
Posted by DougH at 4:52 PM No comments: 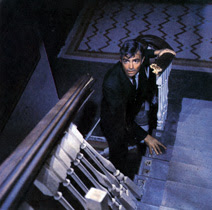 Speaking of the Egypytian, while introducing Crispin Glover the lady there mentioned that at 7:30 on Dec 17th -- tonight -- they would be screening Nicholas Ray's masterpiece "Bigger Than Life." When Mannlicher Carcano was touring Thunder Bay, we caught it on the motel TV on TCM, and it blew our minds. I tried to get it on video, but it's never been issued! Still hasn't. It's an amazing saga of cortisone addiction and psychosis starring James Mason and shot in Ray's over-the-top saturated primaries. See it first if you have a chance, then read Sam Wasson's article here.
Posted by DougH at 3:28 PM No comments: 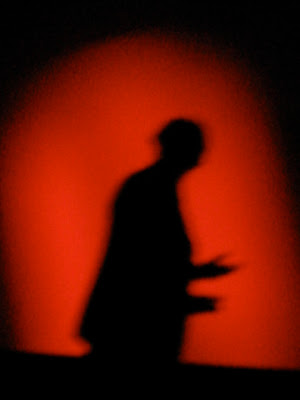 My internet's temporarily disabled, so I'll only be able to post occasionally for the next week or so. Artist Georganne Deen snuck me into the LA premiere of Crispin Glover's remarkable film "What Is It?" at The Egyptian Theater in Hollywood. The screening was preceeded by a slideshow/reading from several of Glover's darkly humorous book projects, created by modifying Victorian novels and how-to books with inspired edits, ink drawing and collage. The image above is the author's shadow during this performance.

The film itself is beautiful and moving, with a surprising psychological/mythological structure. I had expected something deliberately offensive due to the fact that word-of-mouth has always emphasized the Down's Syndrome cast, Adam Parfrey in minstrel blackface, Charlie Manson music, and Shirley Temple in Nazi leather. Instead, "What Is It?" is something like a B-movie Matthew Barney film, only funnier.

"It Is Fine. Everything Is Fine!" -- the second part of the planned trilogy -- was written by Steven C. Stewart, who appears naked on the half shell in "What Is It?" as "Dueling Demi-God Auteur and the Young Man's Uber Ego." Stewart, who was institutionalized for many years because his severe cerebral palsy made him unable to communicate well despite his normal intelligence, died a month after initial shooting in Salt Lake City. Glover used his earnings from "Charlie's Angels" to finance the film, which will debut at Sundance in January.

Mr. Glover is not planning a DVD release of "What Is It?" Instead, he's going to tour iit around to independent repertory theaters over the next several years, so if you want to see it keep an eye peeled and check his website.
Posted by DougH at 12:30 PM 1 comment: 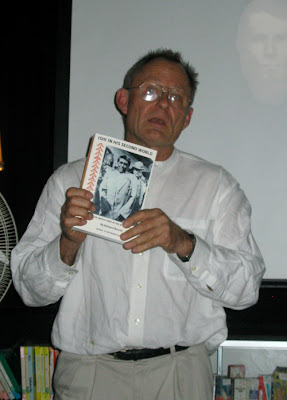 There was a full house at the EPFC screening of the lost made-for-TV movie "Ishi: The Last of His Tribe" (see below). Lee Lynch replaced the commercials from the taped-from-broadcast dub with short segments outlining our Ishi-related film project "Hi Good." Pictured above is anthropologist and historian Richard Burrill during the post-screening Q&A, holding one of several scholarly books he's written on Ishi. Note the pictorial anomaly in the upper right corner.
Posted by DougH at 11:50 AM No comments:

Pachyderm in the Mist 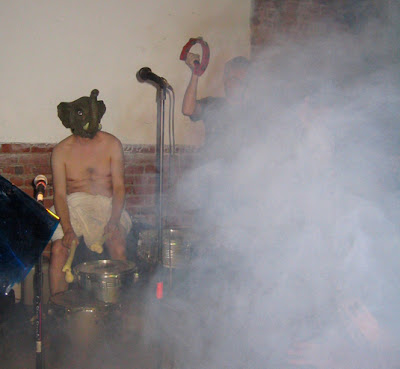 Dry ice technically I guess. There was a request for this image of My Cousin Clint incarnating Ganesha while drumming for Fireworks on Nov 17th at il coral in Los Angeles. "Who needs the infinite compassion of Ganesha when I have Tom Cruise and Nicole Kidman staring at me from the cover of Entertainment Weekly with their dead eyes!?" I dooo!
Posted by DougH at 9:49 AM No comments: