The Gallery That Came In from the Cold 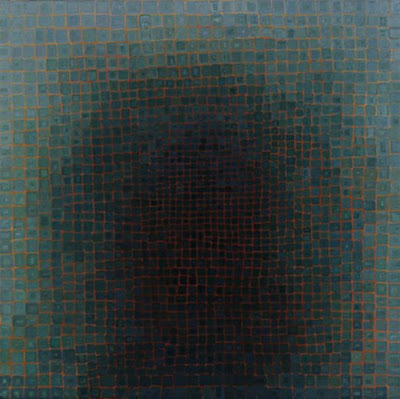 That was my working title for this piece on the Jancar Gallery and Marie Thibeault's show, which is down now. This weekend saw the opening of two geometric abstractionists' excellent solo shows - Gina Borg's luminous spiritual-in-abstract-artisms (Green on Pink, 2007 above) and Katy Crowe's rickety geodesics (untitled, 2008 below)
The show's up through April 5th. 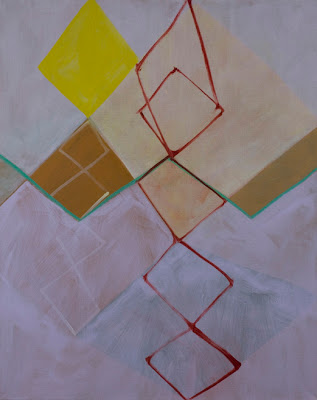 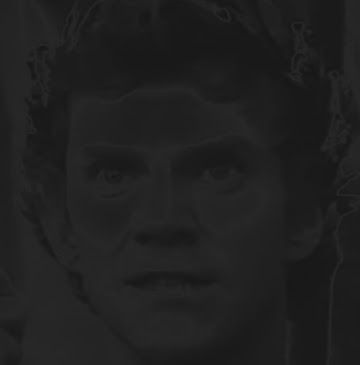 Most of the (rare) negative commentary regarding 'Some Paintings' has been alternately predictable - as in too much, too crowded, wrong painters, and no overriding curatorial theme (duh) - and baffling - as in "Has this person actually seen the show or ever read my writing?" - and so not really worth plowing through. But I was googling myself online for an ancient piece I wrote on Jeffrey Vallance's work (still looking - anyone who has a digital copy of Lateral Drawing, my email's in the thing there) and I came across this completely-over-the-top harangue attributed to one of my personal heroes, Caligula:

"On the other hand, there is hate, which you shouldn't mimic, because it should never be coupled with reason, and writing is always more reasonable than blood. The critic's show was Hell, of which I also know much. Harvey hung too many bodies in a too strong tree. This shouldn't be permitted – it's something a Senator would do, whenever it's time to punish the Senate in just that way. Harvey put the worst thing he could find by a beautiful artist next to an artwork that makes the ones around it ugly, again and again, seventy times in all, each murder in turn diagnosed and autopsied by the critic, in the manner of biography of the artist so impaled. Fantastically hateful work... I always appreciate when the System elevates someone who hates his fate to the public stage to celebrate failure or to hide worse ones or to oppress the Good Better or Best Choice from the weakened mob. I appreciate this tactic most, of course, because it was my greatest gift and skill."

Sounds like they've been putting the Brown Acid in the water over at Claremont's business schools - which I guess helps explain Stephen Cambone, but bodes ominous weird for the future of Arts & Cultural Management.
Posted by DougH at 10:38 AM 3 comments: 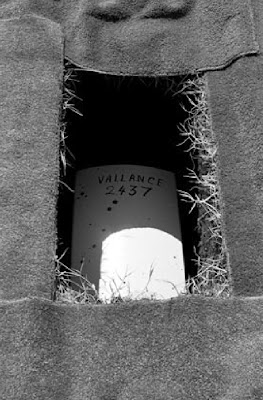 Sorry for the infrequent postings; I've been swamped, and it seems will continue to be. One project I recently helped coordinate (and DJ'ed at with Jimmy Chertkow) was the solo debut of the artist Scotty Vera (in conjunction with Jeffrey Vallance's 30th Anniversary Chapel to Blinky the Friendly Hen - Blinky's grave pictured above). Scotty's work is incredibly diverse, although it is mostly painting and always contains an image of a lobster and Dom DeLuise. The LA WEEKLY ran this image of the artist in front of his titular canvas as part of its online slideshow of the combined openings. The shows are both up through April 5 at Track 16. 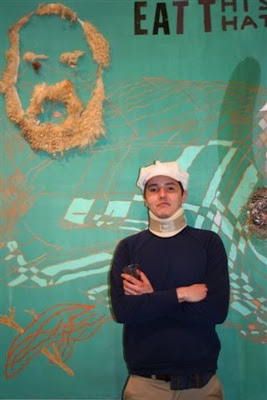