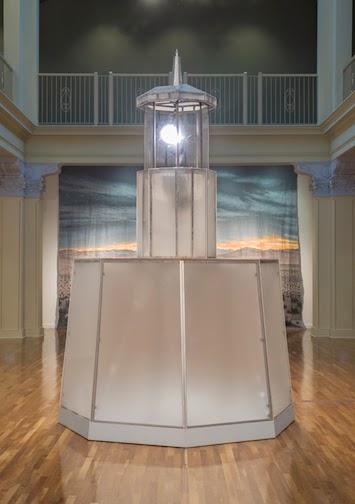 Don't miss one of the most auspicious LA solo debuts in recent memory - Daniel Hawkins' Desert Lighthouse Ultimatum, the second installation in the artist's Desert Lighthouse Trilogy, a series of multimedia installations exploring his past and future attempts to erect a full-size fully-functioning lighthouse in the Mojave Desert.

The partially completed show, curated by Tyler Stallings, had a stealth opening at UC Riverside's ARTSblock’s Sweeney Art Gallery in late November, but has recently reached its complete state with the addition of several components, including a set of deliberately lo-res 3D animations of the lighthouse's eventual disintegration, designed for the outdoor jumbotron-style LED displays, and the completion and publication of the Desert Lighthouse Prospectus, a lavish guide for potential financial backers -- which includes an essay by yours truly, which I have excerpted below. 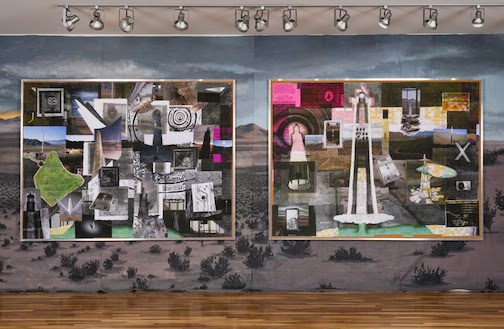 From the press release:

Following hot on the heels of his Desert Lighthouse Protocols [MFA thesis exhibition at UC Irvine] (2014), Ultimatum expands and focuses his vision with an array of artifacts and documents, centering on the fully functioning top 1/5 of the rebuilt lighthouse, but encompassing materials as diverse as the artist’s beautifully painted panoramic backdrops of the actual building site, a pair of oversized bulletin board compositions presenting an intricate non-linear pictorial/informational representation of the Desert Lighthouse saga, and much more!

The official "closing" artist's reception is next Saturday, February 28th, 2015, 6pm - 9pm, but the show is up for another couple of weeks during the regular gallery hours of Tue-Sat: 12pm-5pm -- this is a spectacular cutting edge mashup of innovative land art, experimental narrative, and masterful formalism, in a museum-scaled installation that you won't be able to see anywhere else anytime soon! The Sweeney Art Gallery is located at 3824 Main Street, Riverside, CA 92501. 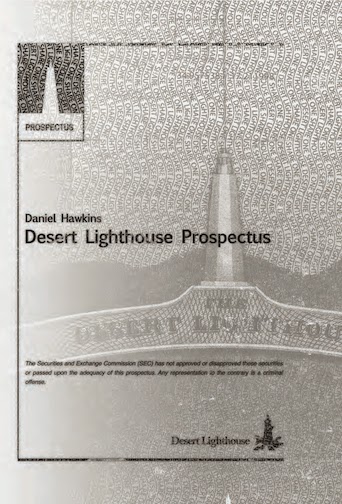 excerpt from “A STORM IN ANY PORT” BY DOUG HARVEY

"Although ostensibly an architectural Land Art intervention – and, as such, extending its conceptual tendrils to connect with such other desert modifiers as Robert Smithson (no slouch at courting failure himself), Michael Heizer, Nancy Holt, James Turrell, and Walter de Maria (particularly the last three, who have each created signature works that incorporate light and architecture as their central components), Desert Lighthouse incorporates media and genres as disparate as panoramic landscape painting, printmaking, drawing, architectural engineering, performance, relational aesthetics, institutional mimicry, video, sound art, and digital imaging and animation. 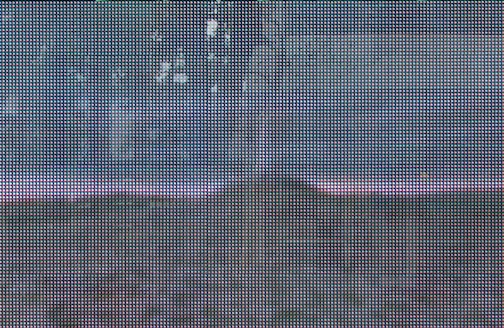 In spite of this rich material outpouring, the Desert Lighthouse is at heart a conceptual work -- albeit one that is unafraid to flirt with formalism and narrative when it serves its purposes. Professor Burns does an admirable job of unpacking Hawkins’ initial trunkload of semiotic baggage in his accompanying essay. But as with many Modernist icons – from Duchamp’s Fountain (1917) to Michael Heizer’s Double Negative (1969) to Jeffrey Vallance’s Blinky the Friendly Hen (1978) – the bulk of the meaning is unlocked in the act of displacement. 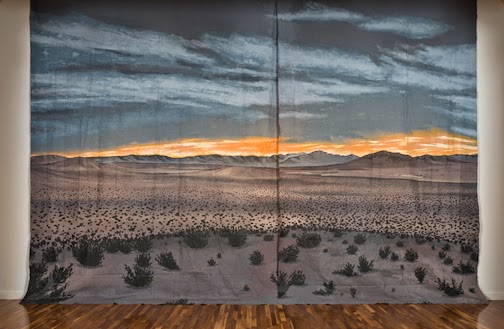 This central conceit – the displacement of the symbolically loaded structure of a functioning lighthouse into the diametrically opposite environment from the only one in which it makes sense – has provoked considerable speculation above and beyond the official “agoraphobic panic” origin myth. One local observer suggested that the beacon was intended for the Space Brothers, while another speculated on the imminent proliferation of wind-powered desert “sand yachts” after the oil runs out. 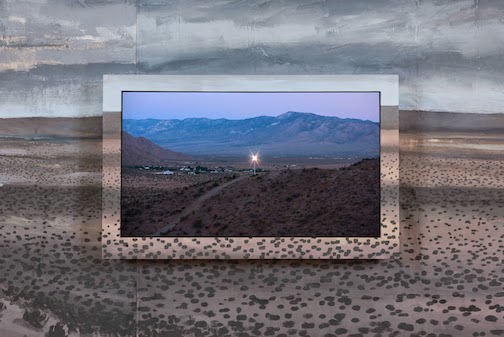 Other environmentalist-tinged readings include the DL as a theatrical prophecy of the landscape in the wake of a coming global drought – every lighthouse will be a desert lighthouse; or as a warning about the adjacent contamination plume of hexavalent chromium in the local water table, made famous by Steven Soderbergh’s 2000 film Erin Brockovich – an environmental intervention generated by the anti-corrosive circulatory runoff from a natural gas cooling tower – a dark doppelganger lighthouse, an icy siren, poisoning the landscape to keep its potential energy contained and commodifiable..."

To read the compete essay, purchase a copy of the Prospectus at next Saturday's event, or look ATJ!

Malcolm McLaren's last words were claimed by his son Joe Corre to have been "Free Leonard Peltier!" That's kind of like some serial killer accepting Jesus as his personal savior as the lethal injection begins. Good for him!