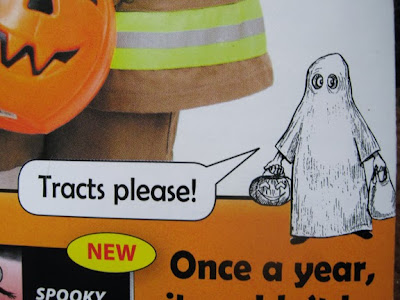 Forget the bob-bons and caramel apples - today's youth has a sweet tooth for Chicks! Jack Chick's gospel tracts that is! Even if you are not personally redeemed, why not forego the sugar-coated Satanism this year and give the kids what they really crave? From the most widely published and read comic book author in history!

Visit the Jack Chick website for free downloadable versions of the new Halloween title SPOOKY as well as old favorites like The Devil's Night, The Little Ghost, and Boo! PLUS testimonials, links to informative articles on the history of Halloween, and a list of suggested Halloween Chick Tract usage ideas, including: Let Trick-or-Treaters pick from a tray stocked with different Chick tracts; Leave tracts in the candy section of stores; Go house to house saying, "Trick or Tract," then hand the person a Chick tract; and Hit the streets, shouting, "Free comic books!" You'll be swarmed with requests! 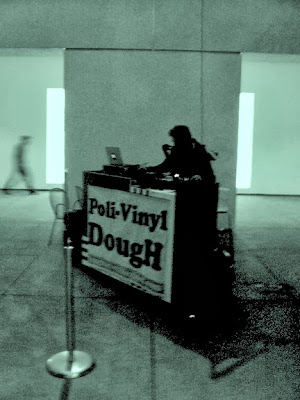 As requested, here is the playlist from my KCHUNG Poli-Vinyl DougH DJ set at the Hammer last night - so much I didn't get to work in, but at least I got to broadcast Steve Earle's F the CC! The show should be up on the KCHUNG archive sooner or later, I'll let you know... 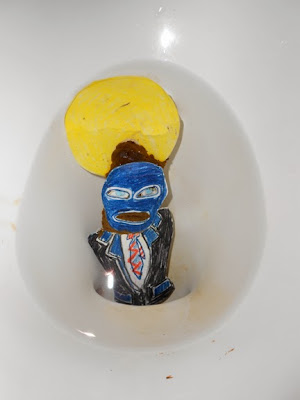 "I use print and digital media to identify citizens eligible for canonization. I use the most common material produced by humans to form representational icons following the path of Piero Manzoni."
- Michael Arata 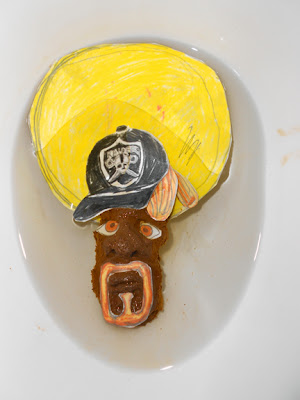 The latest dispatch from Arataland shows Michael Arata continuing to push buttons and boundaries -- particularly with his new series of "Saint" photos, which depict the artiste's morning bowel movements sculpted to resemble figures and adorned with handmade paper-doll cutout clothes, eyes, etc. I kid you not! It's up at Garboushian Gallery through Saturday October 26 - and kudos to the gallery for mounting such a risque body of work, especially deep in the heart of Beverly. Here's a review in whitehot magazine by Eve Wood. 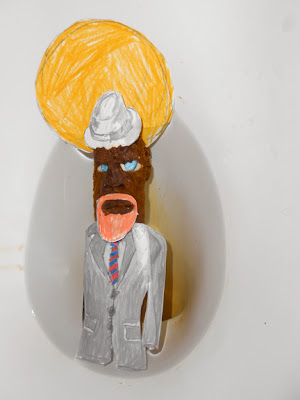 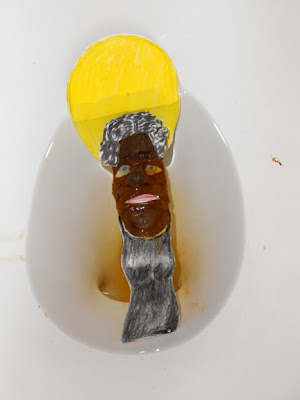 HOURS Monday - Friday 10am - 5pm
Or By Appointment.

http://www.garboushian.com/
Posted by DougH at 1:11 PM No comments: 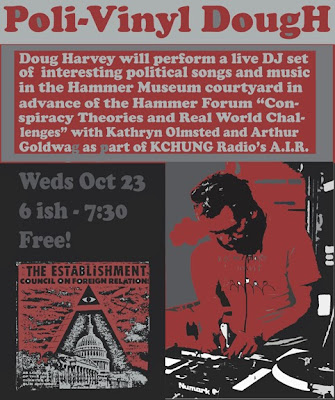 From the KCHUNG Mobile DJ station in the Hammer Museum courtyard, Doug Harvey will perform a live DJ set of interesting political songs, music and audio in advance of the Hammer Forum "Conspiracy Theories and Real World Challenges" in the Billy Wilder Theater with Kathryn Olmsted and Arthur Goldwag, moderated by Ian Masters.

http://hammer.ucla.edu/programs/detail/program_id/1913
Posted by DougH at 10:41 AM No comments: 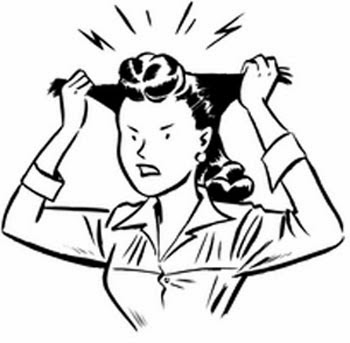 "Social and political changes in art have to be where Arts now are free to express there are where there are no more hard boundaries so the Artist in the modern period become less scared and felt as though they could have there Art a little more broader." True or false?
Posted by DougH at 12:39 PM No comments: 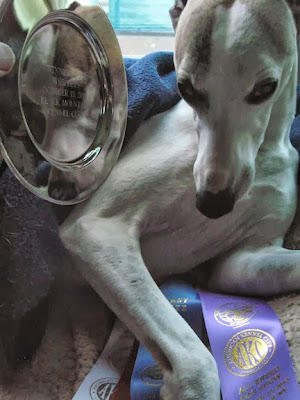 Best of Opposite and (finally) his first major! Viva Las Vegas! More to follow...
Posted by DougH at 10:45 AM No comments: 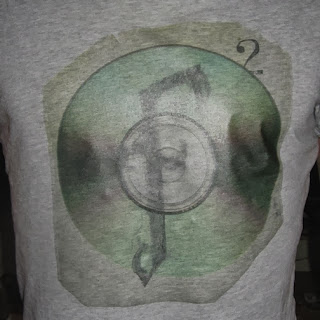 A series of secret meetings over the past few months have resulted in a wealth of new recorded material that, once sifted and collated, may well push the limits of what the world has come to know as F. F for what? F for Whatever. Spring Break Forever. Stay tuned, bitches!
Posted by DougH at 11:32 AM No comments: 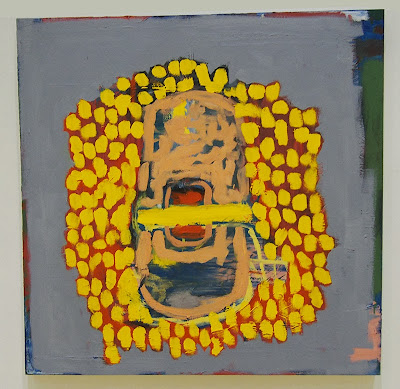 Anyone else notice that LA's junior college galleries are becoming the Kunsthall alternatives to to the top-heavy markademic fArtworld? Kio Griffith's been curating a series of awesome shows at the West LA College Gallery - a hidden gem of the west side/Culver City scene, just off Overland & Jefferson. His latest is the best yet, and closes Friday. 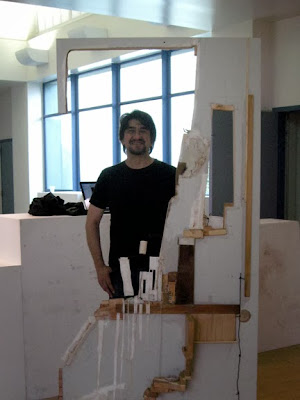 In an LA art season that offers more exceptional painting shows than any Fall I can remember, No Region Would has a number of very strong, overlooked local talents, including father/son abstractionists Dan and Ryan Callis, and three powerful Burchfieldesque landscapes in extreme (but intermittent) impasto on large unstretched canvases by Nick Brown. 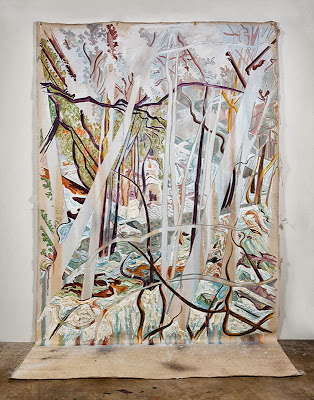 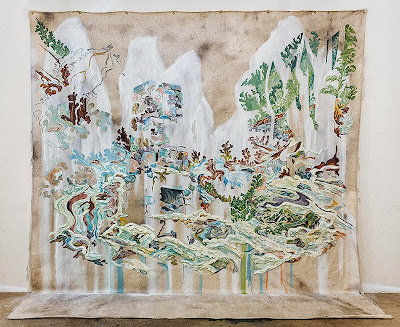 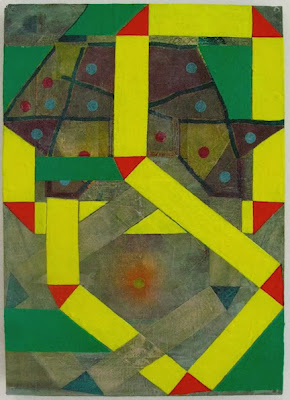 There are some very interesting sculptures and painting/sculpture hybrids, like Nicholas Shake's two-part work pairing a wretched albino clump-entity made from "friendly" plastic casts of tire treads and what looks like a basketball hoop with a circular monochrome black painting; your basic dog/moon kind of relationship, filtered through Rauschenbergian irony. 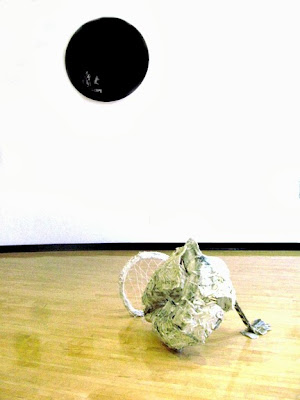 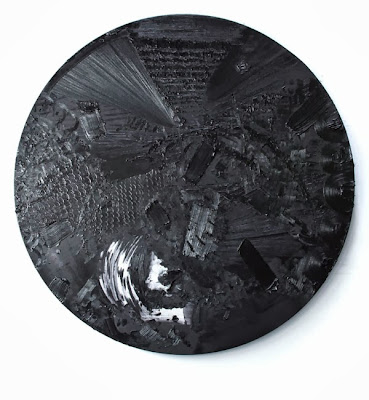 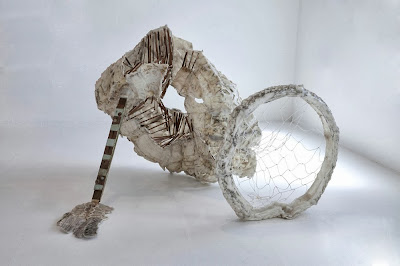 Rema Ghouloum and Satoshi Saegusa both offer up successful experiments in painting/object confusion, while Shigenori Ebata's Waltz consists of a radical poetic reconfiguration of the artist's apartment door, which he lived without for a month during its deconstruction. Noise legend John Wiese contributes an multi-screen display of Iron Maiden, Deep Purple, and Led Zeppelin performances with interactive soundtrack mashup capability. 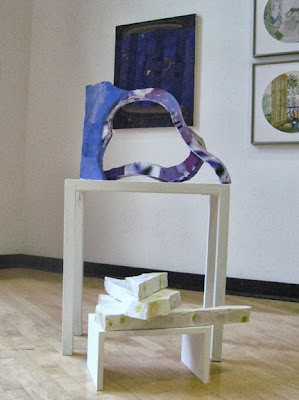 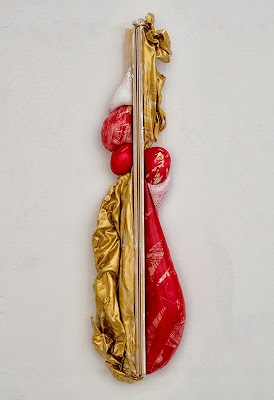 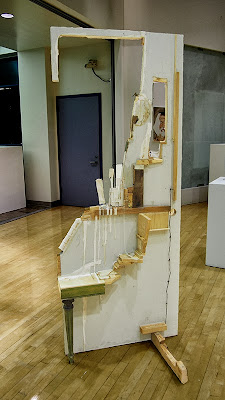 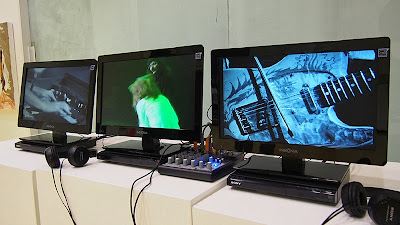 There's lots of other cool stuff, but it's only open two more days, Thursday and Friday Oct 3 & 4, from 12 Noon - 6 PM, so hustle on over to
WLAC Gallery
Fine Arts Complex
West LA College
900 Overland Ave

Here's a map and directions on the gallery's new website. 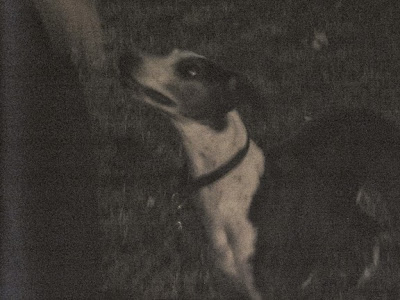 Thursday night conformation class with Julie Kay at the Rose Bowl, featuring M.A., Julie, and Donna Arcaro, with Chloe, Brego (Donna's star greyhound), and Portfolio. Nigel (above) had some unofficial postclass escapades - hard to catch in nightvision due to the intense frolic factor, but this shot turned out. Look for the receding Portfolio between Julie's legs - like Russian nesting dolls! 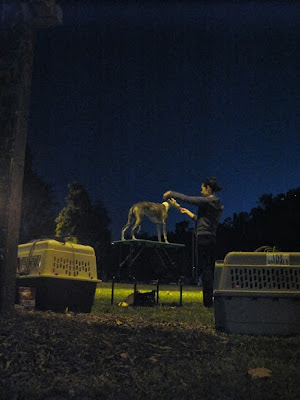 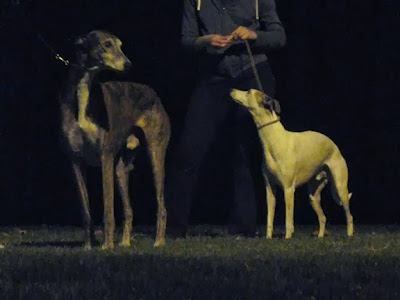 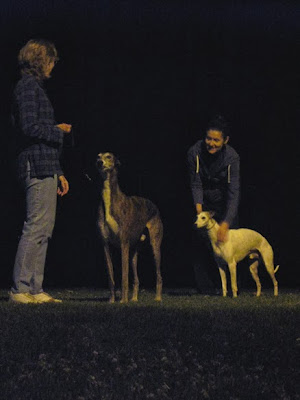 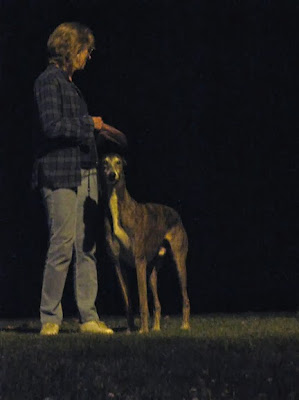 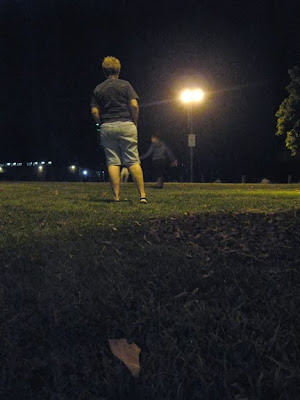 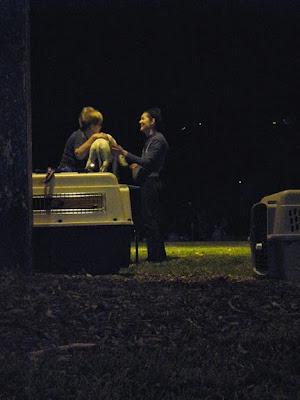 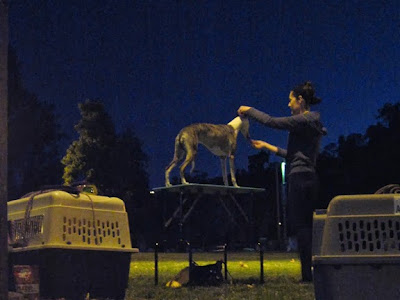