Visions of The Luna Sea comprises a series of hand-painted and photocollaged visionary landscapes -- originally glimpsed during the artist’s “Madge Gill Medium & Visionary Artist“ residency at Orleans House in 2013, but only just completed. Corn Maidens depict “Wicker Man”-like pagan fetishes in incised ink on gold, while the Gaia’s Crown series are some of the most accomplished examples of Ward’s virtuosic scratchboard drawing technique.

With inspiration ranging from coral reef restoration initiatives to the myth of Demeter (the ancient Greek goddess of harvest) and her connection to the pagan corn dolly, Ward’s work opens a portal to a parallel reality -- one in which our exhausted world is revived and restored to a state of awe-inspiring complexity, wholeness, and fecundity by an upsurge of dark feminine energy from the mythological underworld. Step on through!
Posted by DougH at 9:11 PM No comments:

In honor of his 100th birthday, here are some links to some Jack Kirby stuff I wrote or was involved in over the years... there a couple of other things somewhere, but my archives are slightly disordered.

Videos of The Hi Hopes Live at The Good Luck Gallery!

Video from the closing celebration for "Summery Appeal" at The Good Luck Gallery in L.A.'s Chinatown, Aug 26 2017. Apologies for the outsider cinematography. More info: http://hope4arts.org/ http://www.thegoodluckgallery.com/exhibitions/past/summery-appeal/

Cath's Pix from the Hi Hopes at TGLG

One of the most surprising aspects of the curatorial process of Summery Appeal was discovering so many dev/diff artists with mad abstract skills -- indistinguishable from the work coming out of Yale or UCLA grad programs. Which isn't a slight to studio art grad students, just a gentle reminder that visual art is not a subset of sophisticated verbal discourse. Check out these (mostly still available) abstractions and judge for yourself...

PS: Although the show's now over The Good Luck Gallery is set up here for online sales: https://the-good-luck-gallery.myshopify.com/…/summery-appea… The "Pogs" section of the OJ Museum at Coagula Curatorial! 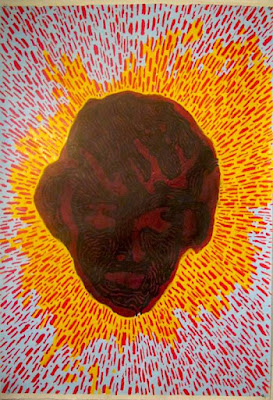 "Whom should I turn to, if not the One whose darkness is darker than night, the only one who keeps vigil with no candle, and is not afraid -- the Deep One, whose being I trust ..." --Rainer Maria Rilke

When I was a kid I used to get anthologies of PUNCH cartoons (as well as from The New Yorker and others) out of the library and make photocopies of my favorites -- this was one of them, and it stuck in my head, long after I lost the xerox -- just tracked it down on the interwebs. Timeless.
Posted by DougH at 11:23 AM No comments:

There are a handful of unforgettable breakout stars among the 50+ artists included in this, the most epic of summer salons. But the true strength of the showing is the sheer breadth of eclectic styles represented, definitively pushing back against the idea of any kind of monolithic Outsider Art aesthetic. A dialogue is increasingly ongoing as to whether it’s better to consider Outsider Art as a stylistic denomination, or as a demographic focusing on the background of the practitioners? In any case, with this kind of diversity and clarity of vision representing the genre, the real question might be, outside of what?...

So here's a brilliant and improbable cultural collision - Julie Driscoll & Trinity performing their searing rendition of Dylan (& Danko)'s "Wheel's On Fire" on a Belgian/German TV show dedicated primarily to the BeeGee's 1968 album IDEA, with spot-on Pop Art sets by Guy Peellaert (who later did Bowie's Diamond Dogs cover) which in this case consists of a pretty solid homage to Marcel Duchamp. Guy Peellaert also did amazing comix in the mid-60s... 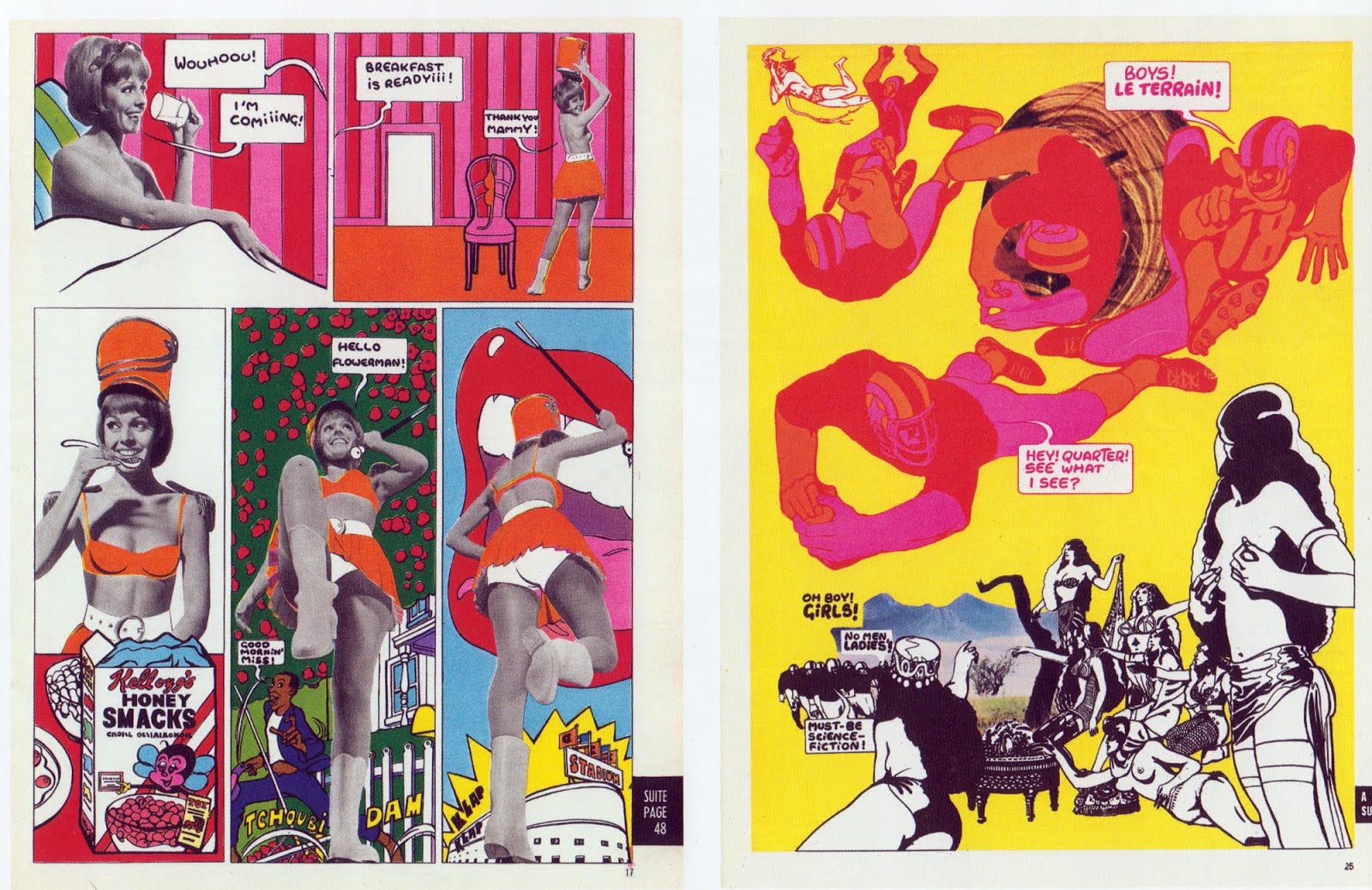 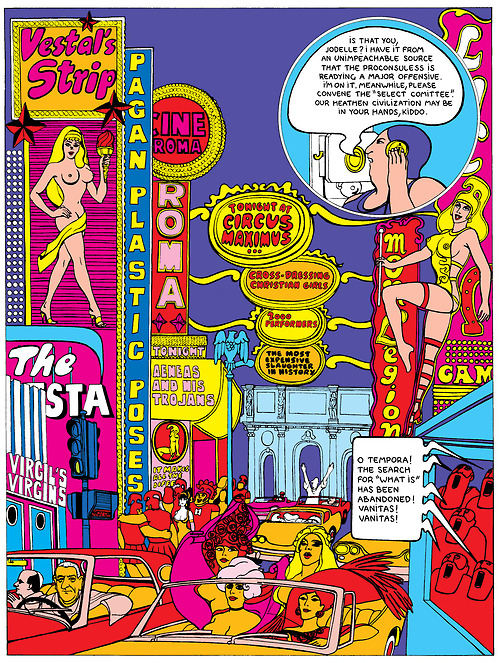 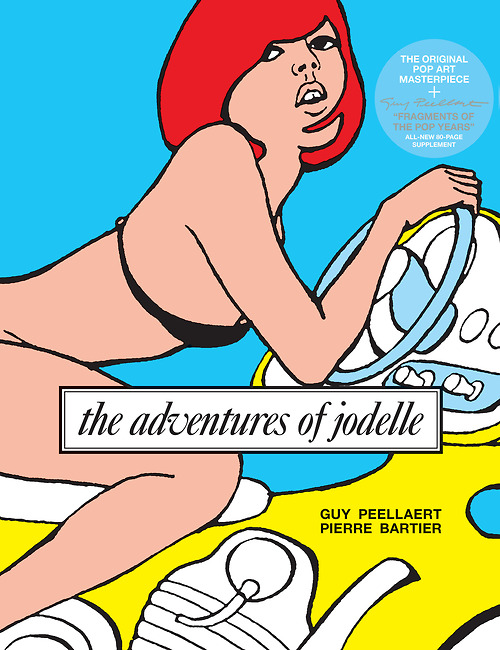 Hell Up in Harlem!

I guess Peter Criss is still under that bridge. [Lance, Lily, & Rose in Lompoc]
Posted by DougH at 9:34 PM No comments: