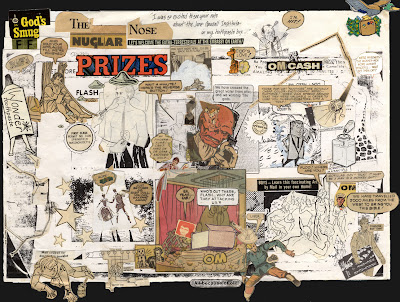 I've been doing these comic strip collages since I was 11 years old, and a couple of years back I lost track of the portfolio case full of (for me) fussily crafted artworks I'd been lugging around for decades It was weird, because if I were to pack one carload of stuff to take with me when the shit hits the fan, they would be in it - but their disappearance barely registered. Makes me wonder what else and how much I could do without. Then on Thursday in the course of fixing the water heater and preparing for a studio visit, I finally recovered my stash - albeit soaked with a couple of years rain and sprouting the black mold - from an old suitcase on the side deck. I love collaborating with decay - as I excavate the moldier examples, maybe I'll scan and post a couple. (A selection of Flash Fudd strips exhibited at LA's Wayward Gallery in Oct 2001.) 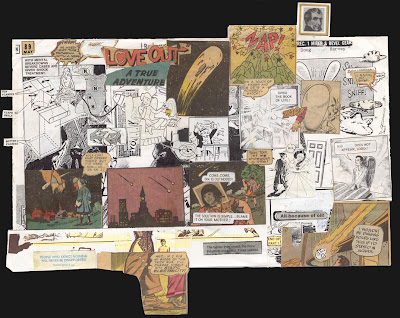 A Glimpse of Holes to Come 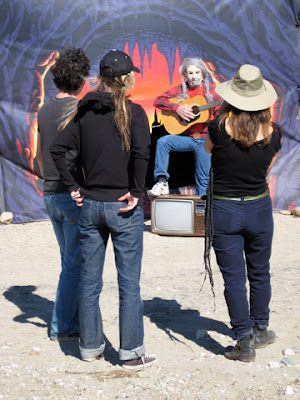 Just a taste of the goings-on that will culminate in my next large curatorial project - 'Aspects of Mel's Hole: Artists Respond to a Paranormal Land Event Occurring in Radiospace' which will open at Cal State Fullerton's Grand Central Art Center in Santa Ana in September. Marnie Weber is working on a site-specific Super 8/video installation, and I had the chance to hang out at a recent shoot in Newhall. 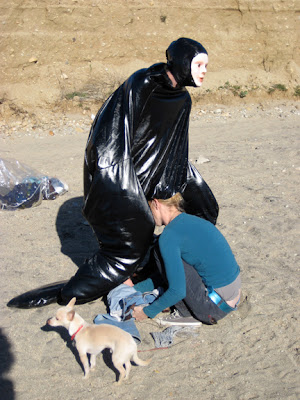 Tito stands guard while Thorbyorg Jonsdottir helps Lee Lynch prepare for his role as the "fetal seal with human-looking eyes." 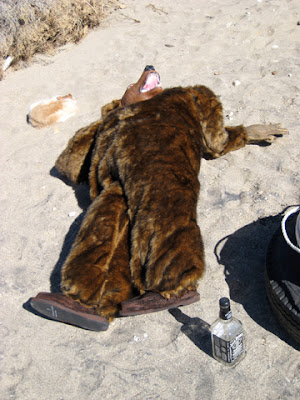 So maybe the dog wasn't 'dead' after all. And the whole resurrection thing, his weird behavior. He was 'dead' drunk and then wickedly hung over! Just like Jesus!
Posted by DougH at 8:25 AM 1 comment:

You Don't Tell the Bees - the Bees Tell You. 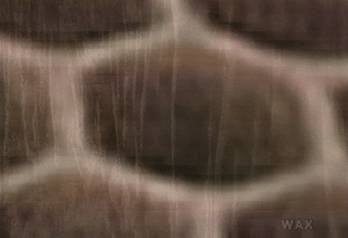 Apart from the flu and dark dealings with the Insurance Industry over my beleagured 91 Honda Accord Wagon, I've been keeping busy with a number of unusual projects. One of these is the class in 'patacritical Interrogation Techniques I'm teaching for the Critical Studies Department at Cal Arts. 'Patacriticism, for those who don't know, is to criticism as 'pataphysics is to physics. This seems to be working out to be around the place where paranoid conspiracy theory and experimental poetry trade identities - near to J.G. Ballard's 'The Assassination of John Fitzgerald Kennedy Considered As A Downhill Motor Race' but back and to the left, and with lots more words. And moving pictures. And we're not just talking Zapruder here. 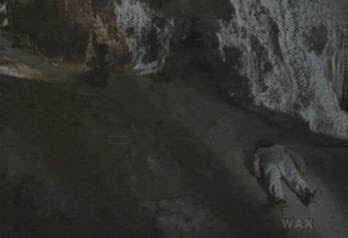 I remember hearing about 'Wax, or The Discovery of Television Among the Bees' - the first straight-to-internet streaming feature - when it was first released, but didn't have access to the webosphere at the time. But I tracked down a rare VHS copy for the P.I.T. class, and during my research found out that it's still available for viewing online 15 years later! 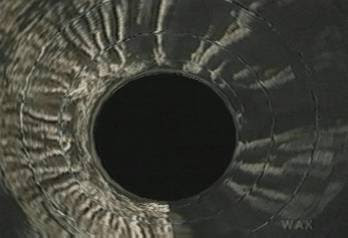 It's embedded in a complex tangle of hypertextual elaborations, but I suggest working "straight" through the narrative first - the layers of science, myth, fantasy, humor, and paranormal and patacritical implications that make up this ultra low-budget treasure are more than enough to chew on. It's like Matthew Barney with 1000 times more words and 1000 times less money. I'm a Barney Booster, but this works just as good for me. 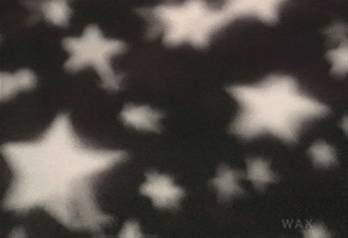 Briefly, 'Wax' is the story of a weapons guidance system software designer in Alamogordo, NM whose hobby is beekeeping. But once the bees drill a hole in his head and install bee television, watch out! Consensus reality reconfigures into a prismatic hive mind that collapses time and erases the boundaries between individual personalities and autonomous dimensions, culminating - I kid you not - with a sacrificial military strike in Iraq. 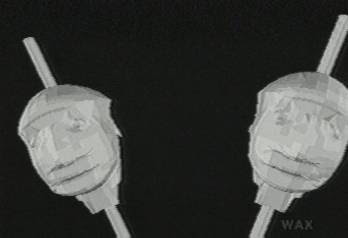