Dogs & Boy by Train to SF 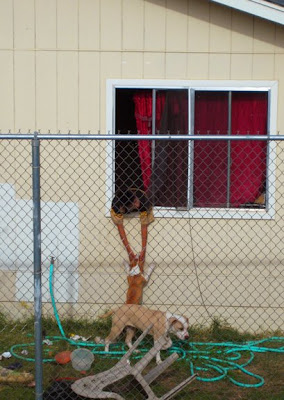 I think this was in Merced. AKA negative space heaven.
Posted by DougH at 1:03 AM No comments: 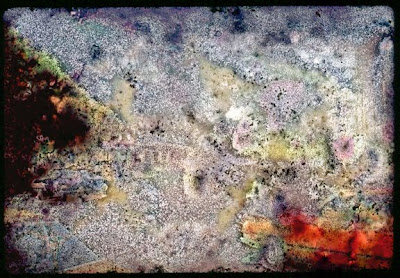 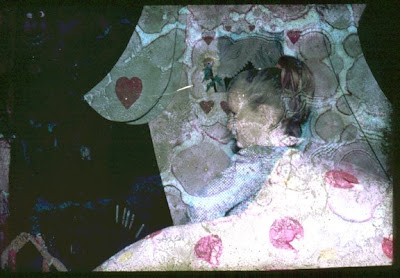 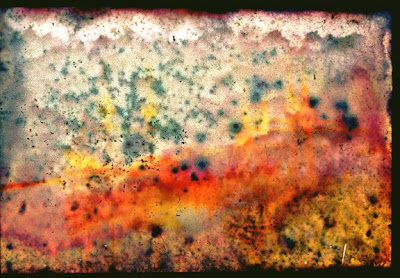 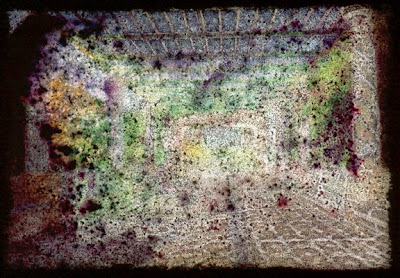 Rhizomatic Transmission will be projected on Tuesday November 25th at 8 PM in Room 103 of the Art Building at Los Angeles Valley College, located near the corner of Fulton Ave and Oxnard Rd, at the NW corner of the LAVC campus. The gallery will be open between 6 and 9.
Posted by DougH at 9:10 AM No comments: 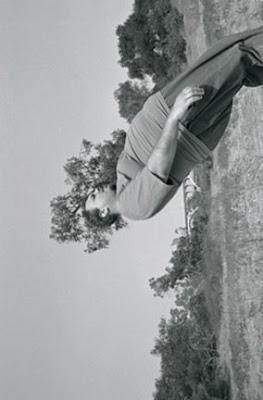 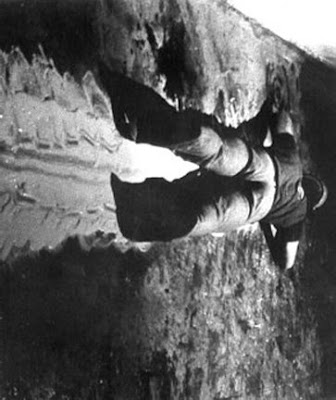 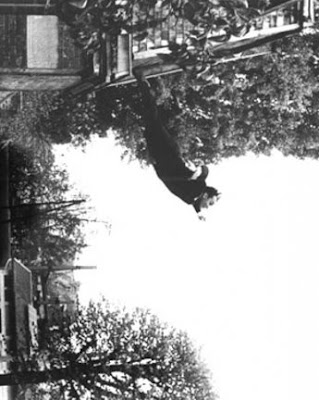 These images have been modified for greater torqueleptic Angemessenheit. The middle image is not Paul McCarthy's 1968 Leap, which was apparently undocumented, but his 1972 work Face Painting-Floor, White Line.
"Heavyweight Champion" is on view at SMMOA through Dec 13.
Posted by DougH at 10:23 AM No comments: 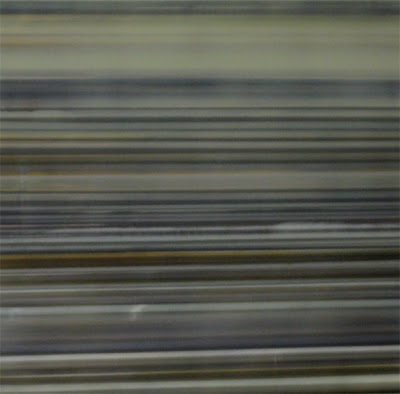 What really got me thinking along these lines are the recent paintings of Linda Day, whose elaborately composed 2003 digital glitchscape Pulse series I characterized at the time as “intricate stripe paintings saturated with the spectrum and perceptual idiosyncrasies of the Southern California landscape.” While these works still bear up to that reading as analogous representations of a localized sensorium, in retrospect they seem less illustrative, and more like – well, mechanisms.

Oddly enough, this interpretive shift was triggered by a reduction in the compositional complexity of the Pulse project, from the information superhighway boogie-woogie of the original 2004-2005 paintings to the striated freeze-frames of the recent Flesh and Between/Beyond series. The effect is similar to the cinematic special effect known as “Bullet Time” where a flurry of action is suddenly slowed down drastically, or frozen entirely, but the viewer’s perspective – as mediated by the camera of course – continues to move through the virtual pictorial space, allowing for careful detailed examination of events and processes that were previously only a heady blur.

Of course the key phrase there would be “as mediated by the camera,” which puts the finger on the point where these technologies of visualization diverge: at the exact juncture where the creative participation of the viewer becomes a possibility. For whatever special effects are being offered up by a painting – optical, pictorial, spatial, kinaesthetic, spiritual, what have you – depends enormously of the volition of the viewer to establish and maintain contact between the artifact in question and their own perceptual systems. 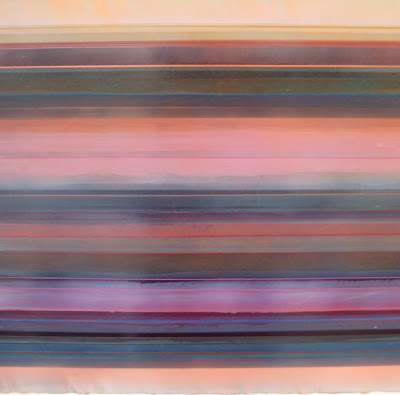 Much of Linda Day’s work is directed toward the activation of this co-creative feedback loop, and her aesthetic decisions can be traced in part to the gradual tweaking of the parameters of this relationship. The shift from the streaming grid of the first Pulse series (via passage through the architectonic Chime and Corona series) involved the disappearance of the hovering, interwoven vertical rectangular tab shapes which – while articulating the complex and ambiguous spatial characteristics of the horizontally striped “ground” – also suggested a horizontal (though not necessarily left-to-right) reading.

Although this quasi-informational signal pattern added a further layer of dimensional complexity to the already intricate and subtle effects created by the bands of luminous saturated color along which it was arrayed, it also triggered the narrative centers of the viewer’s mind as well. Hardwired (and continually conditioned) as we are to surrender ourselves to the most linear and teleological of entertainments, the prodding awake of our brain’s storytelling subroutine often has the effect of derailing less privileged and more contemplation-dependent modes of perception, persuading us that we have had a physical experience that we have not."

Read the rest of Kicking Away the Crutches in Bullet Time: Day’s Long Journey into Now in the catalog (and on the poster) available in conjunction with Day's solo exhibition at Jancar Gallery opening tonight, Sat Nov 8, 6-9 PM in Chinatown. 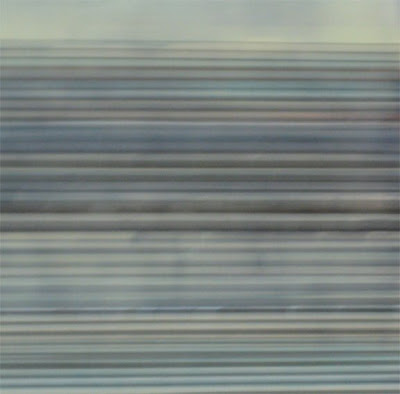 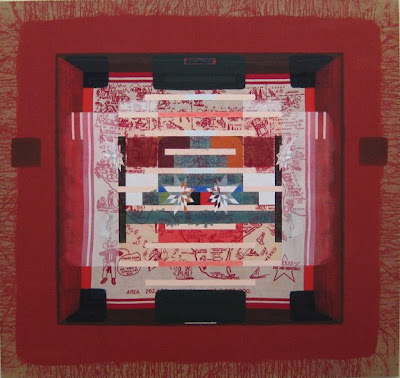 I've been doing more studio visits than I used to - sometimes for writing I want to do, and sometimes for the hell of it. A couple of months ago I visited Chris Pate's studio for the first time. Chris, whose work I included in Some Paintings, is one of the most underrated contemporary painters in LA. 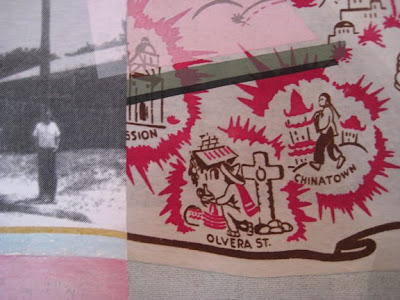 Chris' subtly modulated 70's design-referencing abstractions have recently started incorporating more and more pictographic information ranging from his appropriated tourist souvenir scarves and vintage roadmaps to quotations from recent art history for example John Baldessari. Flyover -- Pate's current show at Chinatown-adjacent Jail Gallery -- includes Los Angeles pictured here, but the red Texas number above (my picture from the studio visit) didn't make the cut (Note: Chris has subsequently informed me that the Texas piece was in"State Line," his two-person show last year at Jail with Bill Kleiman.) Chris Pate's fusion of cartographic content and formalism grounds the transcendentalism of modernist abstraction in a net of local and historical specificities. But speaking of time and space, Saturday Nov 8th is the last day to see the show, so git on down. 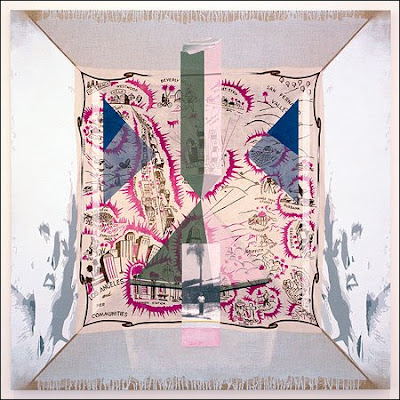 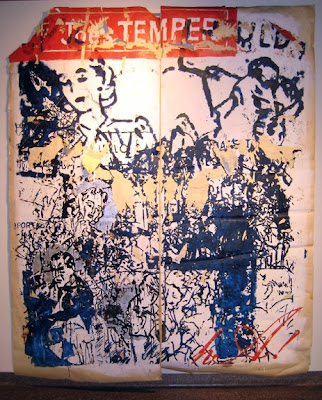 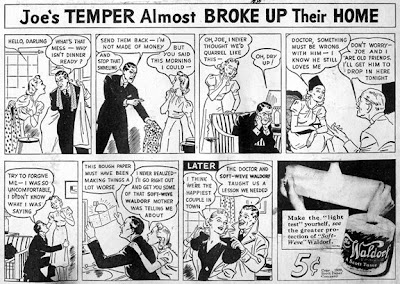 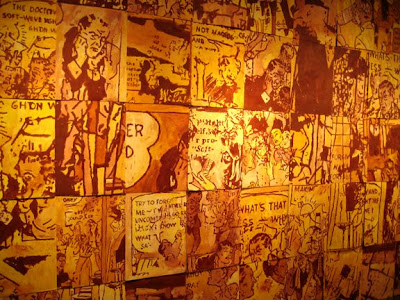