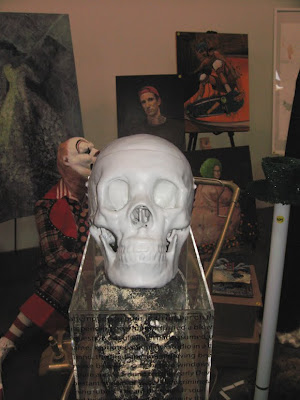 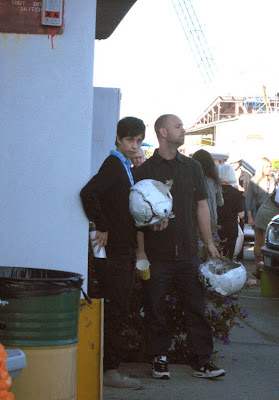 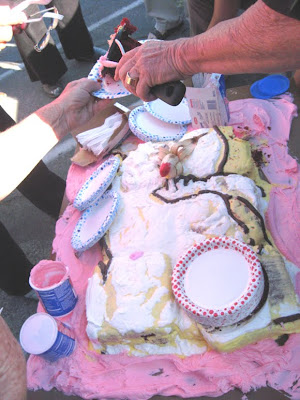 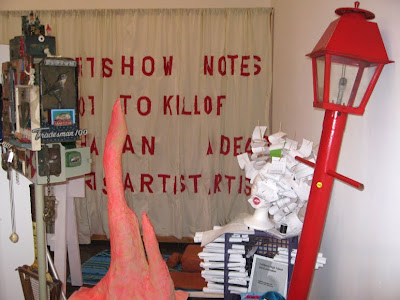 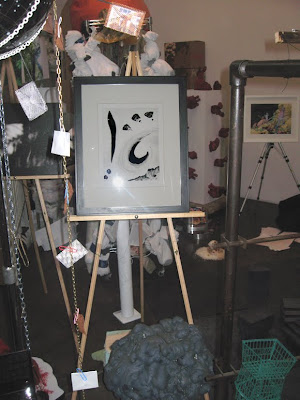 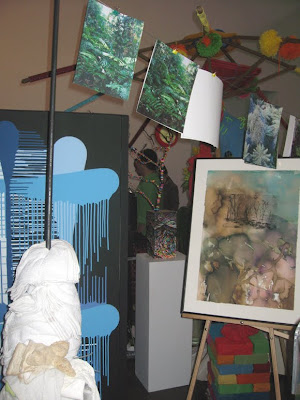 Is it possible to take a bad picture of this show? I can't match many of these works to their artists -- we'll just have to wait for the catalog...
Posted by DougH at 10:24 PM No comments:

Last of the Evening 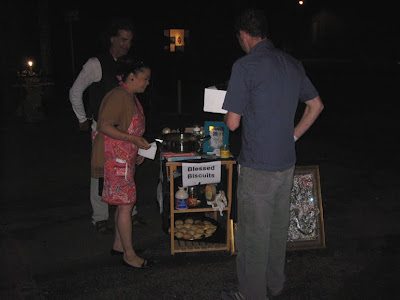 Blessed be the Biscuitmakers. That guy made off with Micol Hebron's birthday cake!
Posted by DougH at 1:45 AM 2 comments:

All Roads Lead to Faüxmish 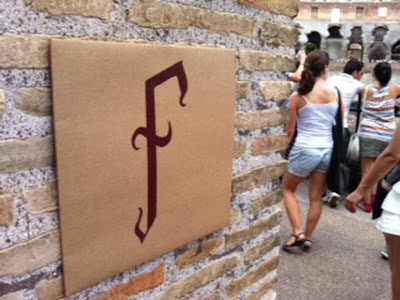 Faüxmish's debut LP "F for Ache" is still at the pressing plant, but its artisan-tooled jacket is touring Italy as part of Michael Arata's "One Night Stand -- Italian Style" traveling exhibit. Here it is installed on the wall of the Coliseum. "I did not know men could build such things" -- Juba the Gladiator could have been speaking of the finely crafted, hand-flocked beauty of this exquisite collector's item!
Posted by DougH at 12:34 PM No comments: 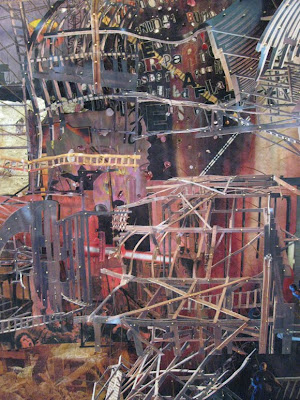 If you haven't seen Elliott Hundley's amazing new collages (and sculptures and paintings) at Regen Projects II at 9016 Santa Monica Blvd, today's the last day. They're open until 6 PM, so no excuses! I'd say more, but I just finished a 5000 word essay on the work, and figured I should get the work out fast. These are some detail shots I took. Free prize to the first person who can identify the works from which they are extracted! Leave guesses in Comments. 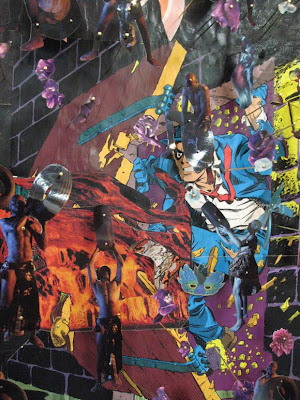 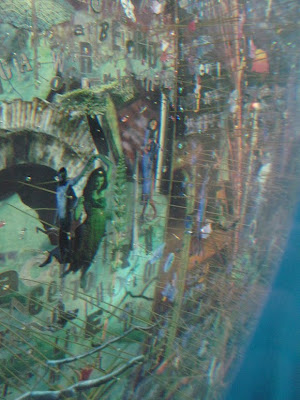 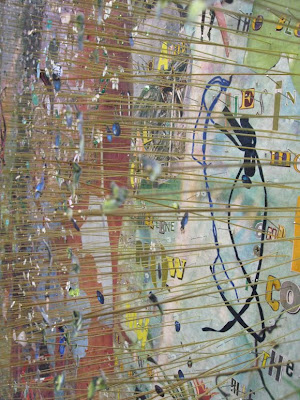 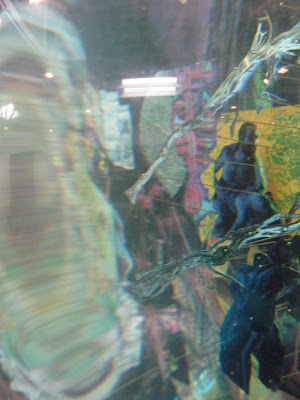