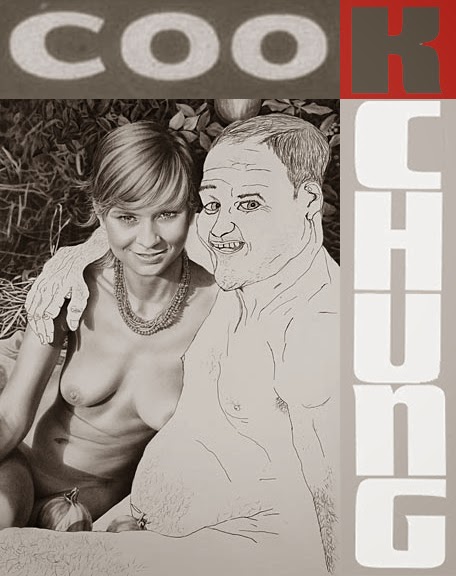 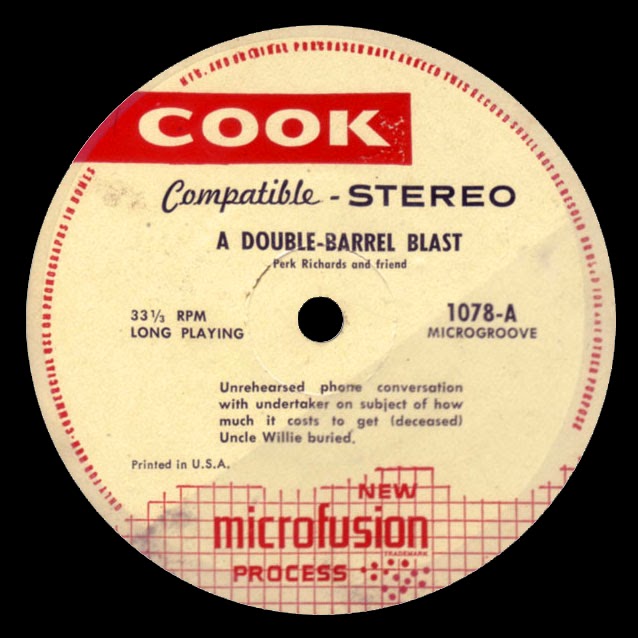 Image: Colin Cook with Bill Shambaugh, portrait of the artist with a pretty girl (nestled fruit), 2012, Pencil and graphite powder on paper, 87 x 61 cm
Posted by DougH at 12:24 PM No comments: 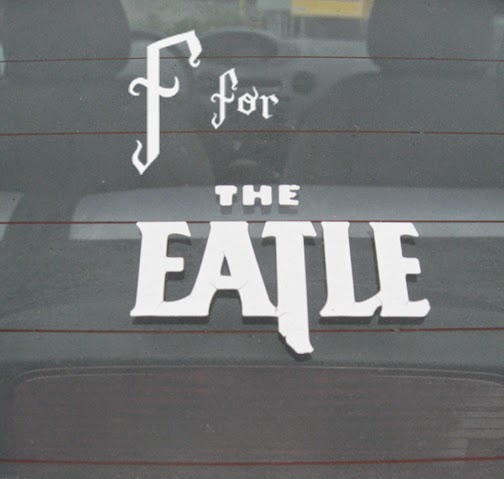 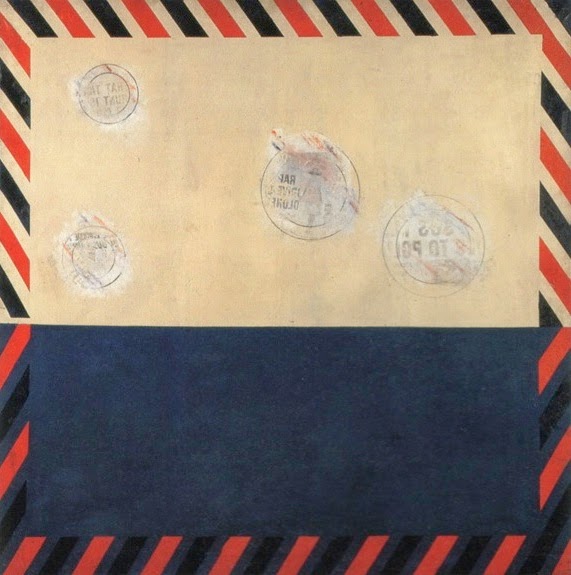 Read the rest of Derek Boshier, a British Pop Renegade, Is Rediscovered in L.A. at Blouin/Artinfo's Modern Painter page, or after the jump...
Read more »
Posted by DougH at 5:17 PM No comments: 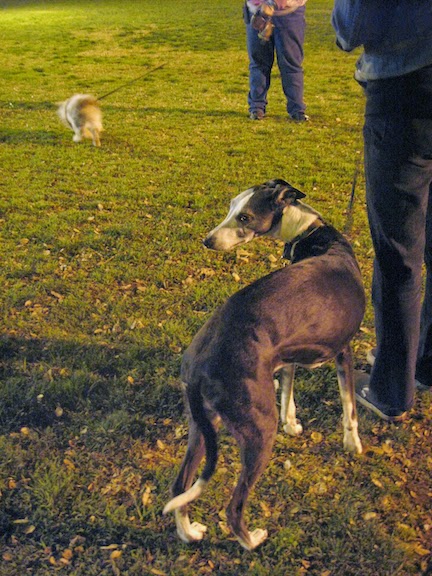 I have been remiss in reporting on the recent triumphs and everyday antics of my sighthound friends, so I'm just going to throw some stuff up with minimal commentary. Here's Nigel at a Night Rally class. 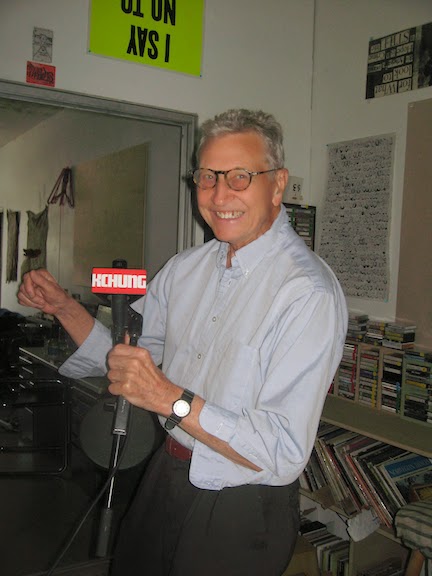 Derek rocked the LARZ-house on Sunday, with selections from his former student "Woody" Mellor's band "The Clash," plus David Bowie, the Pretty Things, John Lennon, and more. At the end we hear the remarkable audio collage soundtracks to two new films that make up part of the Boshier-centric group show Cogwheels Carved in Wood opening at Night Gallery Saturday April 19th at 7 PM.

Download the program from the KCHUNG archives now. Here's the link: the link. 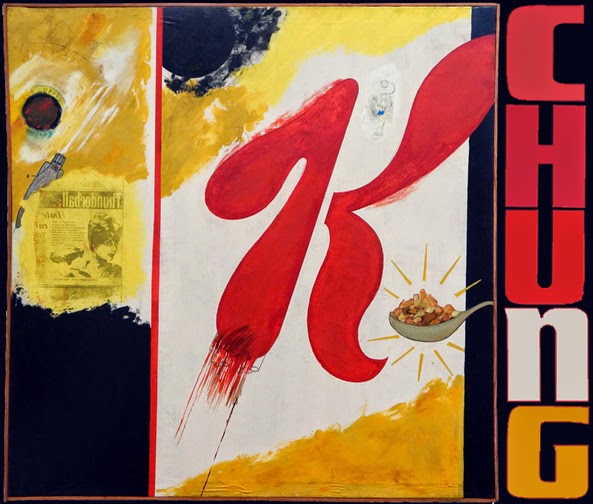 Artistic Suicide - Now More Than Ever? 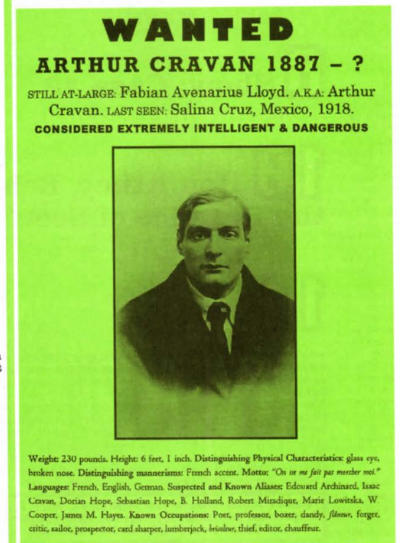 As a sidebar to my catching-up-on-posting-art-writing project, I just noticed that long-running LA-based art journal X-Tra has put some of its back issues online, including the one with my feverish ramblings on why nobody has committed suicide as an an artwork (as of 1998), entitled "This world was never meant for one as beautiful as me: Artistic Suicide and the Blunting of the Avant-Garde". Later on I did a pretty extensive interview with Devo's Mark Mothersbaugh, but that one's not up yet. 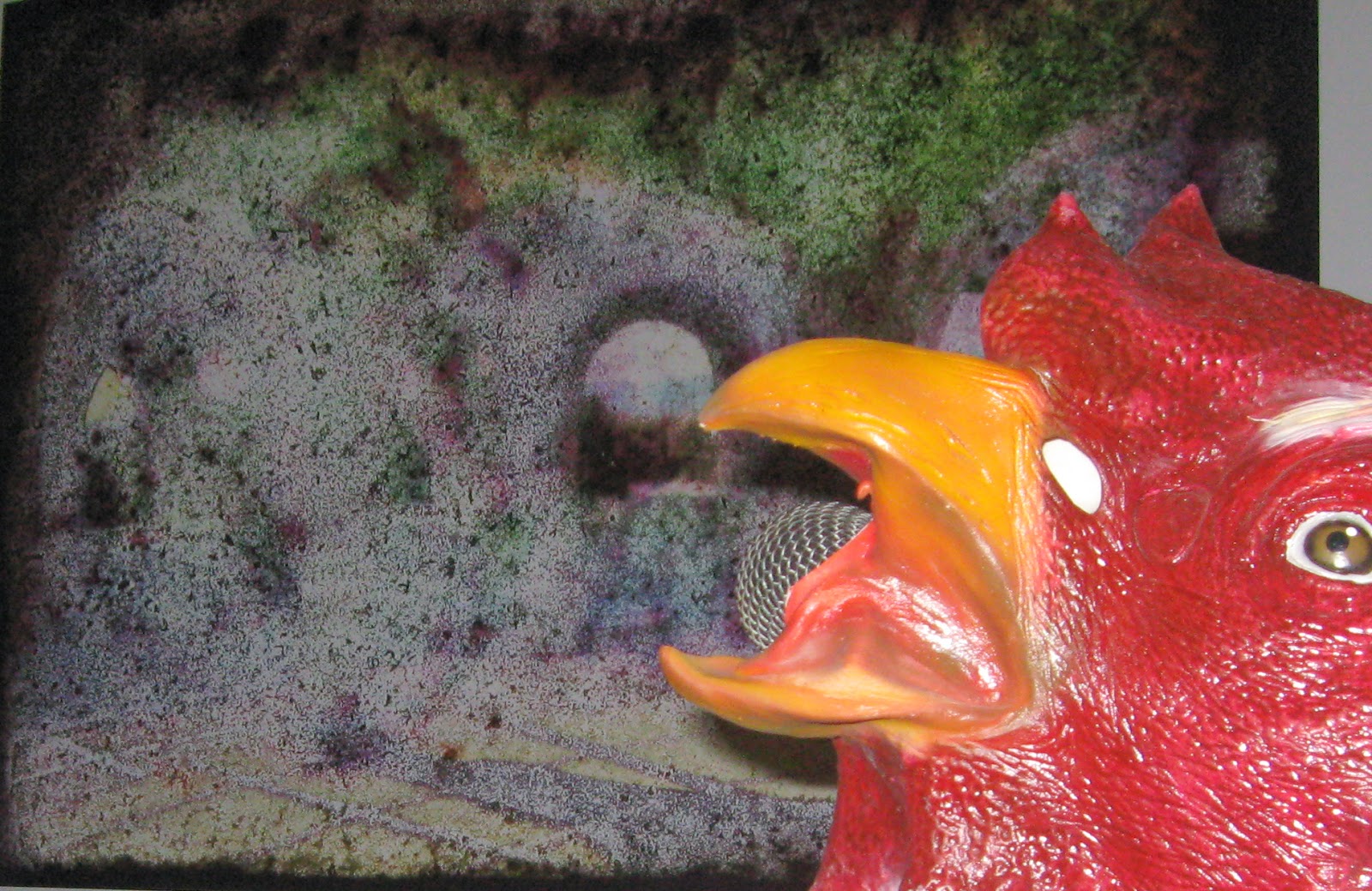 Here are a bunch of images from the F performance at my solo show of Found moldy Slides at Jancar Gallery, on Friday April 4, 2014. F was DougH, Marnie Weber (playing theremin with a hoe in a backwards crone mask!) and Daniel Hawkins, with a projection of 80 previously unseen moldy slides (projector operated by Tom Jancar). Thanks to everyone who came out -- I'll try and get an audio recording pieced together in the next while. 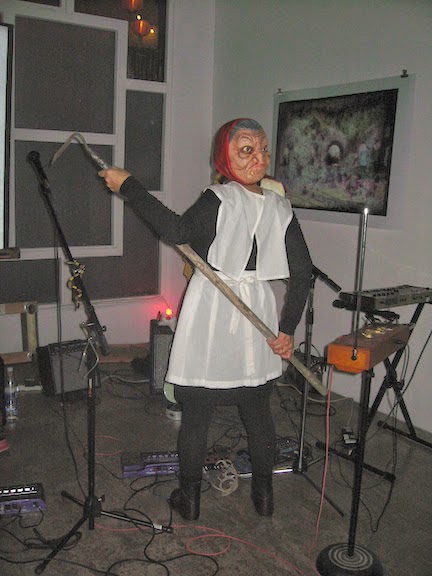 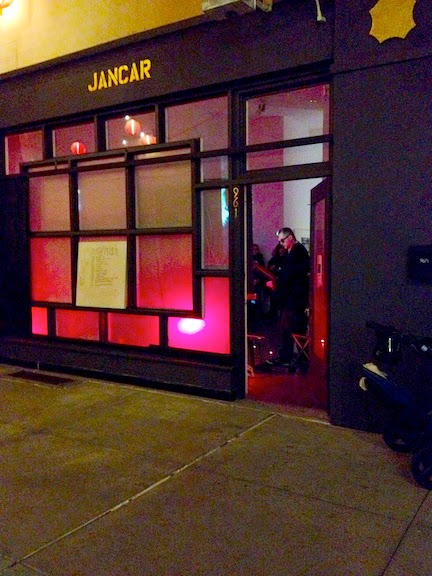 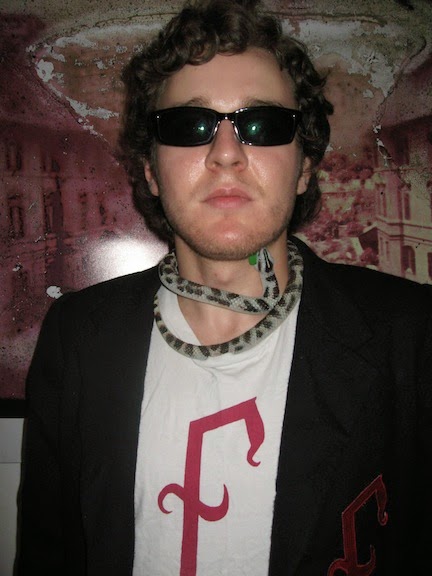 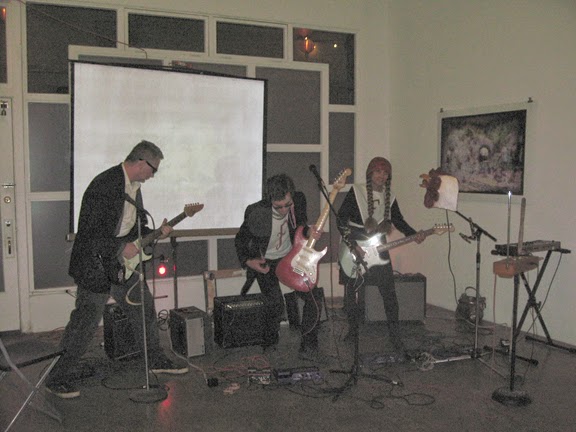 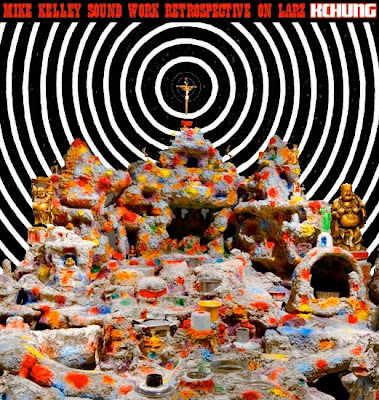 I really have to start writing out the stuff I want to say beforehand, or at least think about it. You can skip over the bumbling talky parts though, when you download this hour+ of highlights from Mike Kelley's career as an experimental musician. The main point I made that I think is worth re-emphasizing is that if he had produced only this wide-ranging, ambitious body of sound work Mike Kelley would be an extraordinary figure in contemporary culture.

The most surprising thing to me was that I could have programmed a whole hour of ambient droney instrumentals dating all the way back to Destroy All Monsters -- people expect some one banging on a drum and yelling about poop, but that's just the start!

The mp3 is available for free download from the KCHUNG archive. Here is the link: the link. Bear in mind that this is fairly low bitrate mono mp3, and if you dig what you hear you should seek out the original recordings, most of which are still available from the Compound Annex section of Mike's website.

Thanks to Jim Shaw for filling the gaps in my collection at the last minute! I'll try to add a playlist here when I get a few minutes...
Posted by DougH at 4:29 PM No comments: