It's still the 100th anniversary year of John Cage's birth, so I thought I'd perpetuate my Johnny-come-lately bandwagonesque celebration with my first ever mash-up, of Joey Ramone and Robert Wyatt - iconic figures of the punk and psychedelic eras, respectively - performing JC's The Wonderful Widow of Eighteen Springs - his song from 1942 based on a passage from James Joyce's Finnegans Wake.


"Ever since Picasso or Braque first incorporated a fragment of commercially fabricated illusionistic woodgrain wallpaper or chair caning oilcloth into the first works of Synthetic Cubism, Art has been feeding off the corpse of its industrial mass media doppelgänger. In an abrupt inversion of the alchemical mechanism underlying the entire preceding history of art, the sudden superabundance of pictorial or otherwise symbolically fashioned artifacts became the base material out of which artistic gold was fashioned.

The significance of this breach and subsequent fallout cannot be overemphasized, yet it has been strangely marginalized in most conventional accounts of Modernist and so-called Postmodern art history. Within only a few years, the reversal of the relationship of the commercially designed world and the privileged cultural position of the high artifact had reached an early apotheosis in Duchamp’s Fountain; an inverted hardware-store urinal, signed with a pseudonym taken from the funny pages, and immortalized in a small circulation but mass-media modeled zine.


In 2004, a survey of 500 British art world professionals sponsored by Gordon’s Gin named Fountain the most influential artwork of the XXth century (“You don’t buy influence, you just rent it”), yet most of the evaluations of its impact emphasize its arbitrariness, de-aestheticization, confrontationalism, and the problematic “It’s art if an artist says so” effect. The problematicisms arise primarily from another inversion: the implementation of a distorted mirror formula to grant the undiminished social authority of the Artiste on anyone who is capable of designating readymades – “If I can say so, I’m an Artist.” Obviously, this includes anybody capable of grasping the concept - or able to pretend - resulting in all manner of more negotiable criteria coming into play. Talk about your trickle-down economy!

It’s not inconceivable that Duchamp intuited these repercussions; he probably never really expected the Art World establishment to go “Oh, we see, everyone’s an artist,” and close up shop. As with most of his work (and most work of lasting influence) Fountain operates simultaneously on multiple levels. For example, the inversion of the urinal and titular redesignation of its function clearly establish it as the symmetrical corollary to its un-readymade former self: half of a binary system in which cast-off waste materials are recirculated into the world as precious showers of gold..."

"This subtext is at play in any artwork that draws from the material residue of the modern information glut, but most of the artists included in China Adams’ The Loop Show and The Small Loop Show are more conscious and deliberate about the symbolic implications of their process. The Institute for Figuring’s ecstatic, organic curdles of white plastic grocery bags, shiny black videotape, and other pernicious polyethelene products are outgrowths of their consciousness-raising collective artwork creating a freely interpreted hyperbolic crochet replica of the endangered coral reefs of Australia.


Anne Hieronymous’ stylized winter wonderland is built on accumulated landfill strata of discarded festive gewgaws. Don Suggs’ Feast Poles embody a typical balancing act between consummate formalism and acerbic commentary on what passes for totemic in the age of plastic. Robert Larson revives the mid-century folk craft of assembling elaborate patterns out of empty cigarette packs, honoring the gravitas of the intervening revelations regarding the tobacco’s health impact and the sinister machinations of the industry by producing dazzlingly intricate mosaics that deliver an undeniably sacred twist. Nuttaphol Ma’s giant minimal spool of recovered white plastic is a functioning component of the artist’s “self-imposed sweatshop” in Chinatown, where he will ultimately be reconstructing his ancestral house from cast-off material..."


Read the rest of What Goes Around (and download the Loop Shows catalog free) here.
Visit The Small Loop Show at FOCA 970 North Broadway Suite 208, Los Angeles CA 90012 through Nov 12

Loop show photo credits: Suggs and Ma - Kohl King; all others - Heather Stobo
Posted by DougH at 10:28 AM No comments: 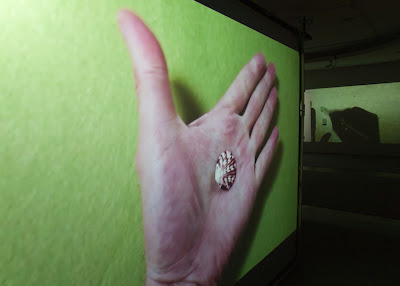 With Shells, Bells, Steps and Silences, roden has finally made the logical leap from film to video — where his films have been previously exhibited or included as components of installations, they have been transferred to video. The qualitative differences with the earlier celluloid works is therefore negligible, although the absence of hand-painting and other material modifications is immediately noticeable. Certainly Roden’s emphatically DIY philosophy remains uncompromised.


Upon entering the darkened gallery, visitors are immediately confronted with a large-scale rear-projected looped image of the artist’s hand repeatedly opening and closing, roughly edited so that different small objects — seashells, rocks, jewelry, etc — appear each time the hand opens. everything she left behind that fits in my hand, 2012, is a powerfully poetic opening salvo, a beating prestidigital heart offering an endless array of intimate objects that hearken back to the earliest handheld artifacts in our species’ cultural history. The fact that the objects filled two boxes from the estate of Martha Graham, the preeminent genius of modernist choreography, adds even further layers of poetic resonance. Read the rest of steve roden at LACE in Art Voices' October issue or online here. 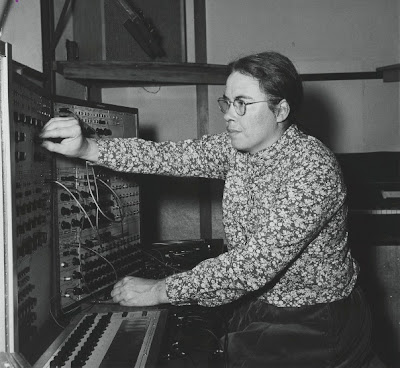 Important Records astounding 12 CD box set Pauline Oliveros Reverberations - Tape & Electronic Music 1961-1970 consists almost entirely of previously unissued works that nevertheless comprise one of the most historically significant oeuvres in 20th-century electronic music. Oliveros, who turned 80 in May, has achieved a legendary status in new music circles due to her multifaceted “Deep Listening” practice, which insists on the honing of auditory attention as a pillar of musical composition, performance, and appreciation.

This encompasses not only a wide range of musical performances with The Deep Listening Band and other ensembles – anchored by Oliveros’ sensitive, unorthodox accordion improvisations, and performed in cavernous, resonant spaces like caves and power plant cooling towers – but an entire spectrum of alternative educational situations from workshops and retreats to full-on apprenticeships and a certification program (check it out at http://deeplistening.org)... 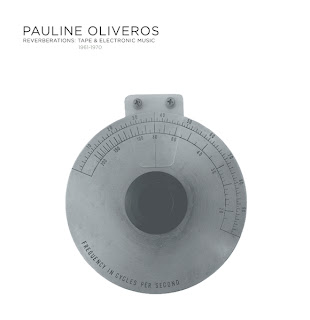 Oliveros learned accordion by playing country music, and originally hails from rural Texas -- though it’s more the Houston neck of the woods, which some say accounts for her work’s swampy immersiveness. 10 years later and about 500 miles west in Lubbock, Terry Allen emerged into an environment that was drier in every way, and eventually developed a hybrid of roots music and avant-gardism that was quite different. Allen came to LA right out of high school to attend Chouinard, and was part of the first generation of quirky conceptual artists -- like Al Ruppersberg -- to issue forth from there. For the month of May, 1971 Ruppersberg converted a house on Sunset Blvd. into the fully functioning “Al’s Grand Hotel,” and Terry Allen was the in-house entertainment for two performances, which were recorded, then misplaced for a few decades. 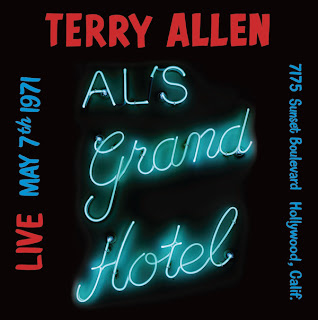 In the meantime, Allen developed a complex career as a visual and recording artist, alternating multimedia installations with increasingly high-profile musical outings. His records stand out in the art world because, unlike most artists who dabble in showbiz, he actually has enormous talent as a songwriter. Ranging from the stripped-down storytelling of his first LP Juarez (1975) to the guest-star-studded Human Remains (1996) to his experimental radio narratives like Pedal Steal (1992), Allen’s discography has matched a keen, skeptical intelligence with a fierce sentimentality and populism, while balancing an ambivalent (but masterful) appreciation of honkytonk music with a restless late-modernist jones for innovation... 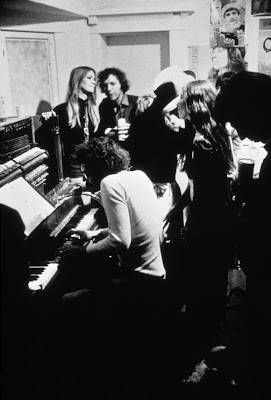 Read the rest of Pauline Oliveros & Terry Allen in the Sept/Oct issue of artillery Magazine or after the jump.