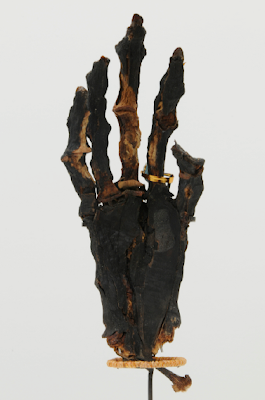 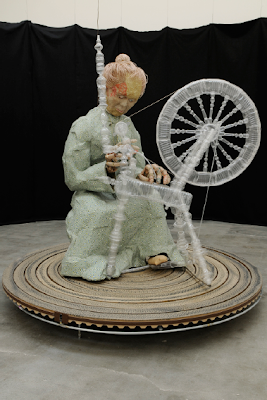 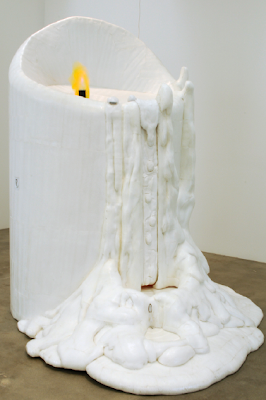 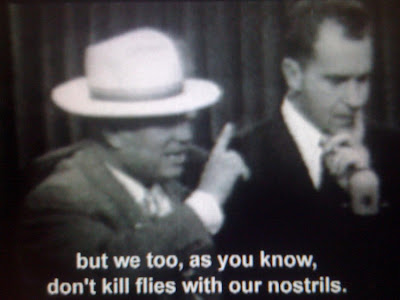 Image: from Double Take Johan Grimonprez 2009
Posted by DougH at 12:51 PM No comments:

Long Haul to Newhall and Back 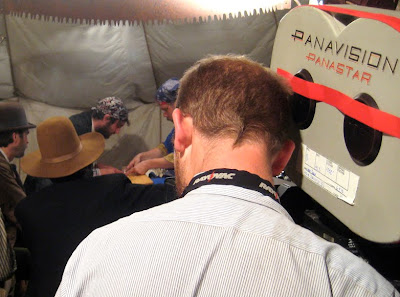 I'm afraid I have no images of Portfolio's triumphs at the Pasadena show, as this last weekend I was in Newhall for the filming of the final major sequences for Ned's Draw or The Murder of Hi Good, a True Crime Revisionist Western directed by Lee Lynch. The main storyline focuses on the 1870 murder of injun hunter Hiram "Side Abiff" Good by his teenage indentured servant Indian Ned near Deer Creek in the Sierra Nevada foothills south of Mount Lassen. But the part of the story we shot this weekend consists of a Dionysian interval in the middle of this larger story -- a visit by Good, Ned, and their associates to a frontier gambling tent, chock-full of prostitutes, sideshow acts, snake oil salesmen, faro card dealers, freemasons, confederate KKK soldiers, Lemurians, music, opium, and whiskey. Oh yeah, and a shadow puppet show of Macbeth. 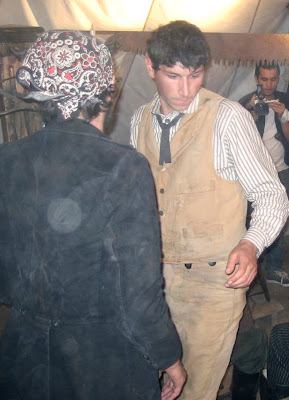 So I finally got my 93 Exploder smogged and registered Friday morning, then loaded it up with a variety of firewaters, Lemurian artifacts, and so forth, and headed up to do my bit when the damned thing just dies - right in the middle lane of the I-5 at the beginning of afternoon rush hour. I sat around for a while, to see if it would start up. It didn't. A CHIPS drove by. I realized I was going to have to push it over to the shoulder in the blazing heat and dense, speeding traffic. With the help of one of those superhuman adrenalin bursts I was able to, as it had stalled out on a relatively flat portion of the 5. I scrambled down the embankment and found a pay phone to call AAA, got a tow home, and called Marnie Weber, who was due to make a cameo in the film later that evening. We transferred the Lemurian cargo to her van and hit the road. 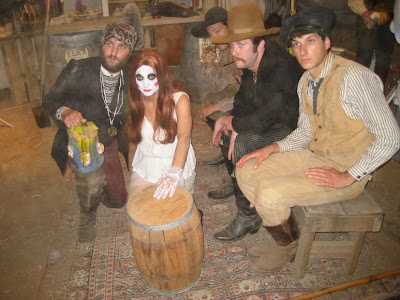 It was dreamlike seeing the cast (in costume) and crew assembled after more than a year - a surreal reunion atmosphere. Man, though, those superhuman adrenalin bursts demand a lot of compensation in the sedatives department. After Marnie's flawless sequence wrapped, I wound up staying up drinking whiskey with Dave Nordstrom until 6 AM, sorting out who was more anarchisty - Cassavetes or Altman. 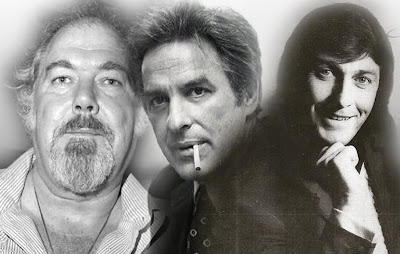 Can't quite remember what the answer was, but the topic is actually germane, since Lynch's (and many of the Small Form directors) style is an actor-centered improvisation-friendly naturalism, very much in the tradition of them auteurs. (And while I'm on the subject, I should recommend two recent-to-me biographical literary experiences - the audiobook version of Mitchell Zuckoff's Robert Altman: The Oral Biography (which contains extensive recordings of the Great Man himself) and Marshall Fine's Accidental Genius: How John Cassavetes Invented American Independent Film.) 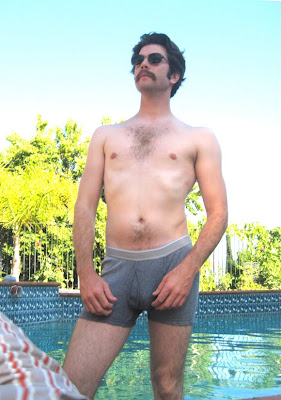 Anyhoo, there was much hanging over the next morning but thanks to the tender poolside Margarita ministrations of the Ott household, order was soon restored. Unfortunately I filled up my camera's memory card and forgot the appropriate cable, so I didn't get a lot of images from the second and third day. Though there is some video footage of me portraying a bleary-eyed drunkard in the wee hours. 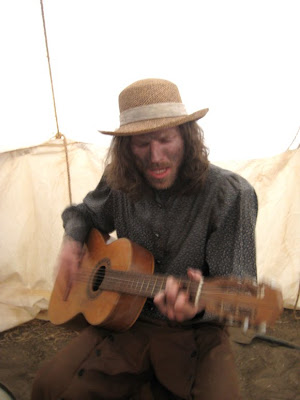 Truth is I missed most of the action while making Macbeth shadow puppets, and breathing in the remarkable country air, or whatever that was in those tiny metal cylinders. I did manage to get a half dozen renditions of Shenandoah in the can for the forthcoming Redacted concept LP, and cooties.And the inimitable Michael Q. Schmidt graced the rvelry with his naked abundance. 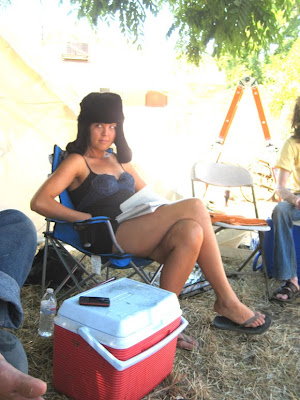 After karaoke at the Legion Hall, I caught a ride back with Matthew Michel, but his car broke down after traveling the exact distance back down the 5 as my Exploder! Mere coincidence? This production is cursed! And I'm not just saying that because I never got to do my Macbeth puppet show. I mean the Scottish Play! 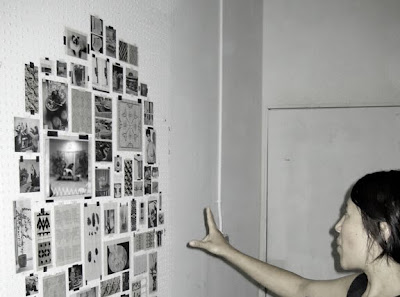 "One of the frequent critiques heard from working artists regarding the gallery-and-museum model of art distribution, second only to not getting paid, is the system's unwillingness or inability to capture the tumultuous, synergistic creative energy of work seen in vivo — as incubated in the artist's studio. Token institutional attempts at re-creating or documenting the studio environment are often just embarrassing and are always conceptually compromised by their built-in quotation marks. 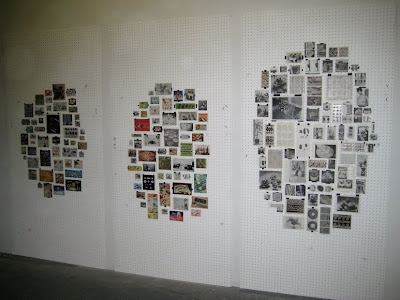 L.A.-based artist Amanda Ross-Ho has taken those quotation marks and used them to knit an empty Trojan horse out of studio detritus, using labor-intensive processes or random accumulations of debris to create a startlingly original inventory of puzzles and absences that somehow smuggle the off-kilter ambience of the artist's workshop inside the white cube."

Read the rest of Amanda Ross-Ho: Trick-and-Treater here.
Posted by DougH at 11:56 AM No comments: