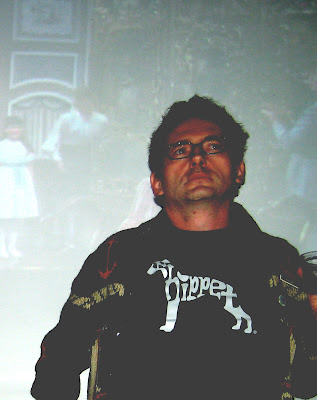 Our thanks to all who made it out to the CCCP-SCC's first thematic public screening in two years, Uncanny My Ass: Penetrating the Performative Object, another SRO triumph of cinematic bricollage, which, while not actually turning a fiscal profit, generated dividends of simulacral capital in a wide array of plausibility streams. Although the public library has sadly disposed of the copy of Understanding Dianetics with the crucial e-meter sequence taped over with Lonely Goatherd sequence from The Sound of Music
Uncle Don, who died on the curling rink of a heart attack ten days earlier, and whose memorial service was being held simultaneous to Uncanny My Ass.

In addition to a wide variety of recovered media - cable access broadcasts, ventriloquism instruction video, a montage of Hollywood demonic vent-dummies tropes, and a 9-minute youtube video of an expert 1st FC 100% Guitar Hero performance of Master of Puppets (Please don't sue me again Lars!), the show featured the near-premiere of Marnie Weber's Sea of Silence introduced by the artist (as well as inspirational footage from Possum Trot) and a live performance by cable access legend David Liebe Hart, pictured below.

I'll try and get a full accounting of the event up on my website soon, and have already started a playlist on youtube that includes some of the material from the show, as well as works that were not include in the final iteration. The surfacing of several remarkable puppet videos may necessitate a sequel or updated version in the near future. 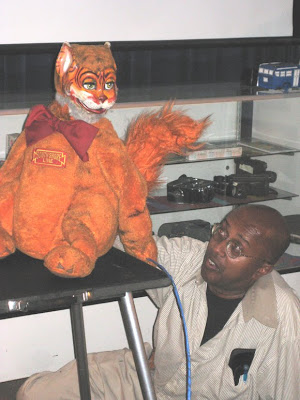