Castings from the Wormhole 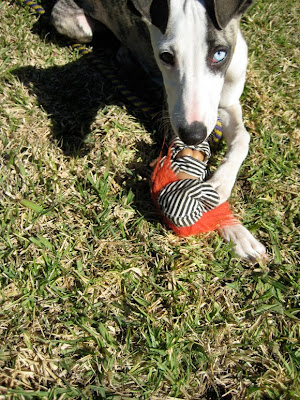 I do so much shit I never blog about. I'm just going to look through my photos from the last year and see what turns up. Okay, this is hardly breaking news like Brittany Courtney's tranquilizer overdose, but here we do see evidence of some kind of interdimensional interspecies striped-on-striped sexual contact occurring as our then-brand new whippet puppy Chloe appears to be anally probing a prison troll from some bad DMT parallel universe. "Escape from Terrence McKenna Regional Correctional Facility!" 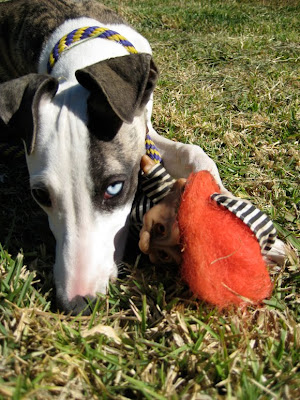 Some post-climactic melancholia or sophomore slump appears to have set in at this point. Could our ambassadors of transdimensional congress have faltered in their negotiations? 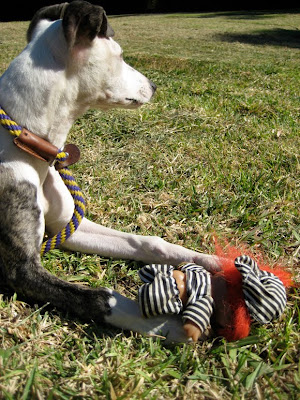 Butt like Billy Joel says "Don't forget that Second Wind" - And it looks like it's breaking now! Round Three signals a return to form - Greco-Roman fundamentals! 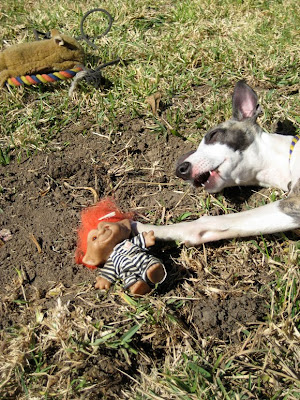 A jilted forest spirit looks on as our besotted diplomatic packet-badgers revel in the peace that surpasseth all understanding, lulling in the waves and Morpheus goofin on their eyebrows. 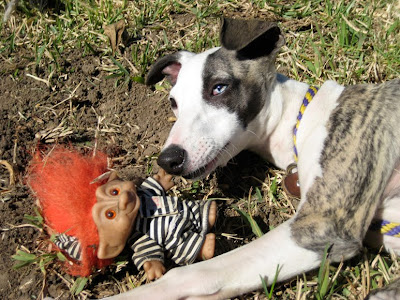 The morning after: What was I thinking? Never again! Until that wormhole to the Universe Next Door starts itchin' once more!

Photo shoot in January 2009 at Elysian Park before the coyotes took it over!
Posted by DougH at 7:27 PM