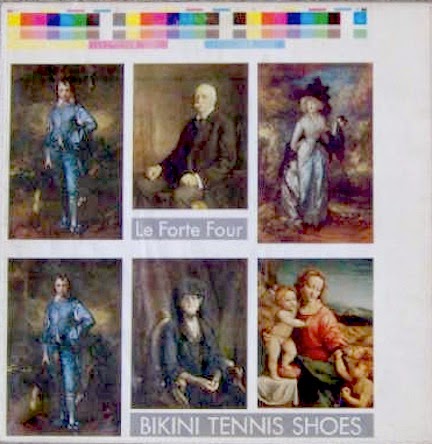 The second in my series of backed up critical links; micro-labels as art medium:

"Lately, I’ve been thinking about the weird inversions of mainstream and underground culture, particularly as regards formats—the vinyl record for example. Talking with Rick and Joe Potts and Dennis Duck (all founding members of the Los Angeles Free Music Society) on my KCHUNG radio zine, they all emphasized what a revolutionary concept it was in 1975 for a bunch of experimental weirdos—the Potts’ band Le Forte Four in this case—to issue their own LP without the imprimatur of a record company.

Of course “Bikini Tennis Shoes”—a collage of Musique Concrète, experimental electronic noise, processed studio chatter and appropriated Papal addresses, packaged in cast-off misprint sheets of Blue Boy and Pinky postcards from the Huntington—didn’t exactly burn up the charts. In fact they couldn’t successfully give away all 200 copies. “People would bring them back,” remembers Rick, “saying ‘Maybe you know someone else who would… appreciate this better.’” Now, copies sell for, well, there’s only one listed on discogs, and they’re asking $743.06.

That’s part of the weirdness—the fetishization of artifacts for their inferred position in a history of cultural resistance or innovation, rather than for their actual content, like they’re props in some nostalgic sitcom—or fashion accessories. And don’t think I’m not talking about The Art World. But the rules of the vinyl game keep shifting. Only a few years after “Bikini Tennis Shoes” every trust-fund punk was starting a micro-label, and there was a still-uncataloged tsunami of DIY releases. Then, with the advent of CDs (and subsequently mp3s), self-released vinyl became first obsolete, then a perversion, then collectible, then a niche consumer demographic—where it got stuck for a good decade.

But the situation has mutated again recently—maybe a critical mass of hipsters has effected a figure/ground shift. The turning point may have been the success of Mississippi Records, which gained international prominence by issuing short-run editions of what are essentially pirated Roots, World and Other music recordings. The record label had become a purely curatorial entity, and moved into the realm of what I suspect to be the future of art-making—the filtration and organization of the overwhelming and exponentially increasing flow of information precipitated by the digital revolution. In other words, collage 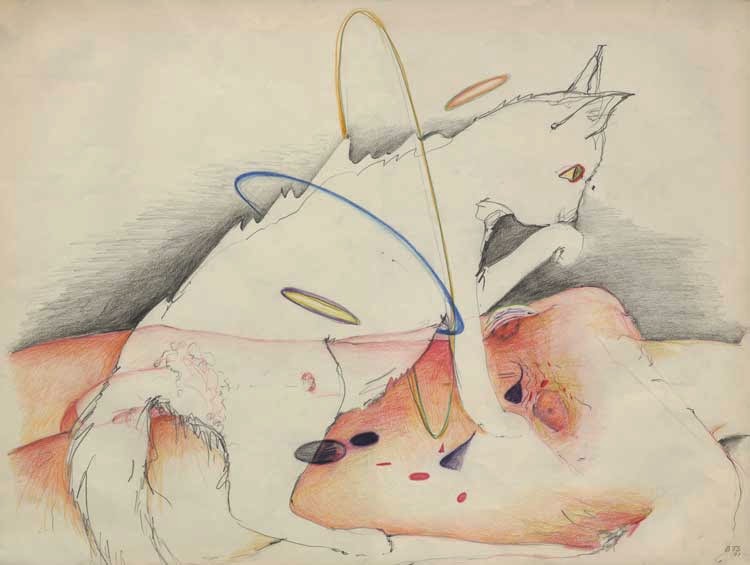 In a medium where you can’t even keep track of the thousands of aggregator sites, stepping down to an obsolete technological format is an elegant way to eliminate 99% of the choice work. Sort of like writing a sonnet, or haiku. One artist who has been expressing himself via a tiny record label for several years is LeRoy Stevens. The LA-based, Chicago native’s most recent release was an example of the kind of historical archival project we need to see a lot more of—a double LP of soundtracks by legendary Angeleno performance artist Barbara T. Smith..."

Read the rest of Under the Radar: Plastic is Fantastic Again here, or in the March 2014 print issue of Artillery Magazine.