The Opening of the Hole 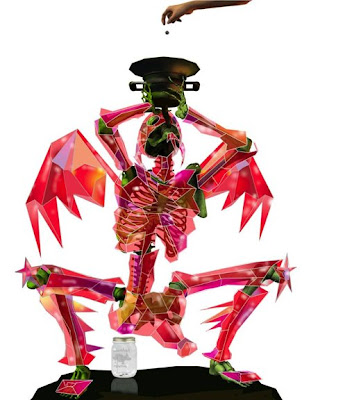 Thanks to everyone who made it out to the Aspects of Mel's Hole opening. I'll be posting some photos of the show later, but in the meantime James Rojsirivat of the OC artblog has posted a sampling, also viewable on his flickr page. Those who didn't make it may have heard that the Rev. Acres, having been run off that ol' Amarillo Highway by the ghost of Dave Hickey, exhausted himself into the emergency room piecing together his shattered Satan's-butthole coin funnel donation receptacle for wombat restoration (sketch above; James' photo below) and could not deliver his Sermon on the Hole. Rest assured that every effort is being made to arrange for an audition of this most important thought-styling, possibly at the end of the Aspects of Mel's Hole exhibition run in October. Check here for updates. 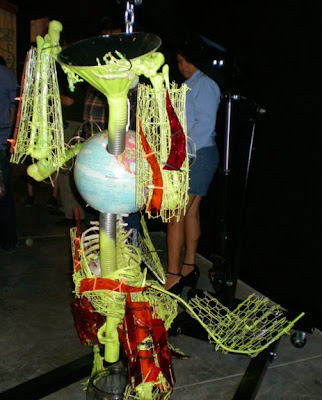