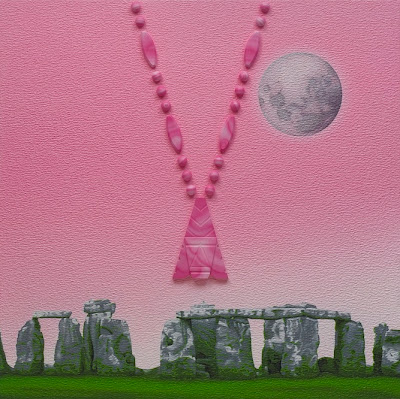 The current issue of Modern Painters, containing my cover story on Mike Kelley & Jim Shaw's noise band Destroy All Monsters, also has a couple of reviews I penned - the first concerns Linda Stark's recent show at Angles...
"For her first show in the recently relocated Angles Gallery, Linda Stark has created a mind-bending tour-de-force of radically idiosyncratic paintings-cum-objects that nevertheless tackle a number of unspoken assumptions underlying Modernist and contemporary painting practice.

Combining two distinct bodies of work – the six titular Adorned Paintings and a smaller, untitled black series (which offer a potent rhythmical counterpoint to their larger, more exuberant cousins) – the show represents a return to the painstakingly crafted high-relief pictorial oil painting that first garnered the artist attention, after an intriguing but less crowd-pleasing foray into resinous art-as-magical-talisman Potion Paintings in 2007. 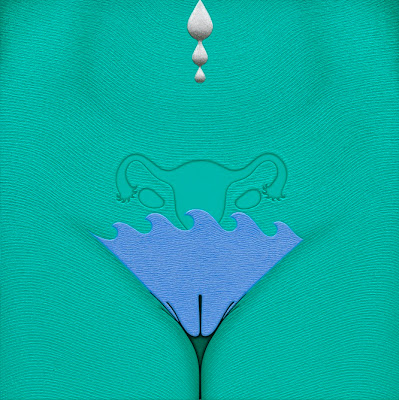 The title series is remarkable, pushing the dualism of painterly materiality and decoration to absurdist lengths, juxtaposing meticulously built-up color fields of microscopic skin textures (“paint as flesh” taken to a clinical extreme) festooned with clunky high-relief simulations of costume jewelry ranging from kitschy peace symbols to surreal meteor-like gold nuggets. The works all possess a hallucinatory quality – the intricate contoured ridges and carvings seem impossibly sharp, as if the air in the gallery were hyper-oxygenated.

Two works seemed to exert the most hypnotic pull -- Fixed Wave (2011), a floral/entomological/oceanographic/gynecological configuration that teeters on the brink of terrifying with its saturated bathroom-fixture palette of turquoise and lavender; and Ruins (2008) – an anomalous landscape which is in fact a depiction of a depiction of Stonehenge, copied from a found tee shirt and adorned with a pink geometric necklace (also based on a found object) resembling some kind of cotton candy spacecraft schematic..." 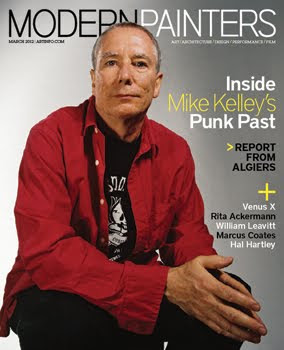 Read the rest of the review in the current issue of Modern Painters (if you can still find a copy in LA) or look around online.
See the flat digital version of the show here.

I also contributed a brief write-up on an overlooked show by "one of the most interesting object-makers of the much-touted Vegas art scene of the early 00s who recently resurfaced in LA with a group of sumptuous sci-fi flavored sculptures at the Peter Mendenhall Gallery. Wayne Littlejohn, whose glossy, enigmatic biomorphic abstractions were standouts of the Ultralounge and Las Vegas Diaspora exhibits, offered up a half dozen works that tread a quixotic line between the painterly Finish Fetish sculpture of Ken Price and the special effects modelmaking of films like Aliens or Avatar. Littlejohn’s earlier mutant jellyfish forms here take on a futuristic mechanical aspect, in works such as the exquisite wall-mounted 2 Blue, which resembles the fetal stage of an interplanetary hotrod." You can still see the work online here. 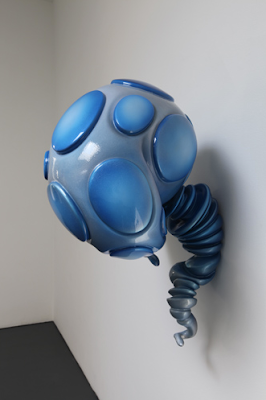