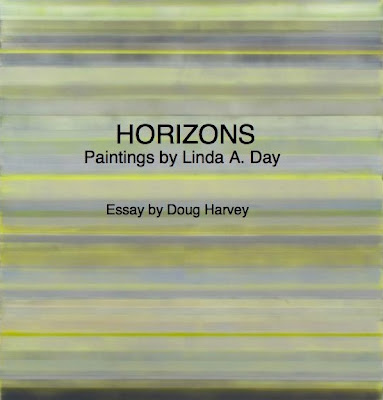 Of course, this way on thinking isn’t entirely alien to contemporary discourse about more mainstream art – albeit couched in somewhat less specific and more academically respectable terms. Mark Rothko’s signature abstractions are said to “function” properly only under certain lighting conditions, viewed from a particular distance. Ad Reinhardt, Bridget Riley, Robert Irwin, and many others have been identified as technicians exploring and manipulating the relationship between an artifact and the viewer’s consciousness. In fact, any artist statement or review referencing phenomenology is basically pointing at the same territory.

But why stop there? It isn’t really a stretch to imagine the cave paintings of Lascaux as DIY virtual reality simulation rides, to see medieval icons as self-hypnosis eye-fixation objects, or to consider the Renaissance obsession with perfecting perspectival trompe l’oeil as the quest for a better retinal mousetrap? Tibetan, Australian Aboriginal, Navajo, and other non-Western traditions are open about the sequential, psychologically operative processes encoded in and triggered by their visual art traditions.

What really got me thinking along these lines are the recent paintings of Linda Day, whose elaborately composed 2003 digital glitchscape Pulse series I characterized at the time as “intricate stripe paintings saturated with the spectrum and perceptual idiosyncrasies of the Southern California landscape.” While these works still bear up to that reading as analogous representations of a localized sensorium, in retrospect they seem less illustrative, and more like – well, mechanisms. .."

Read the rest of Kicking Away the Crutches in Bullet Time: Day’s Long Journey into Now in the catalog for Linda Day's 2008 HORIZONS show at Jancar, which is still available at BLURB: http://www.blurb.com/bookstore/detail/437665

Linda's final exhibit OU-BOUM has been reinstalled at ANOTHER YEAR IN LA through Sept 9th, when there will be a small memorial happening.
Posted by DougH at 12:18 PM