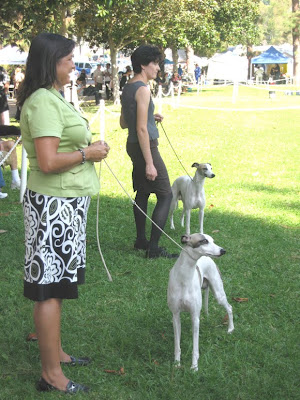 Portfolio continued his almost-winning streak by taking his class and Reserve Winners at the Burbank Kennel Club All Breed Show held, paradoxically, in Van Nuys (at LAVC where my Untidy retrospective was held). Above we see Portfolio and his (and Chloe's) half-raccoon-faced brother, Diesel (handled by Val Nunes-Atkinson), in the ring. The mysterious and sinister Viggo won Best of Breed, but the photos I took of him were all mysteriously clouded and unusable. I did manage to get a shot of the back of his co-owner Bo Bengston (in aqua shirt) in the background of this trophy shot. 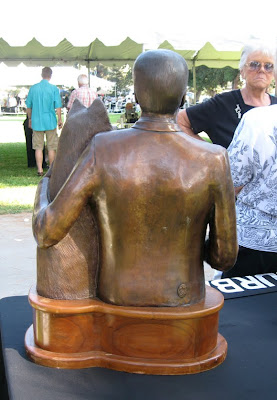 When the shouting died down, we walked around and found a crateful of Manchester Terrier puppies with their ears done up all fancy like. This aerial shot seemed necessary. Por lil fellers. 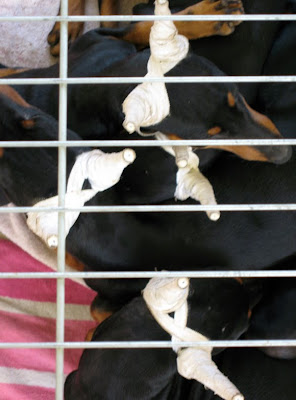 Finally, we never made it into the photography area to pose with cardboard cutouts of dead celebrities, but I managed to squeeze off this clandestine shot revealing Elvis Presley and Marilyn Monroe in what might be a compromising pose. If this art criticism thing doesn't pan out, I'll be looking into the paparazzic arts. 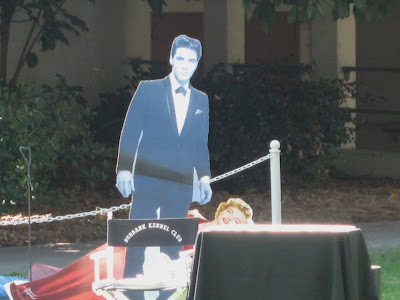