Here's a few shots from "Mannlicher CarcanoPlex Mach 01" I got before the battery on my camera died... 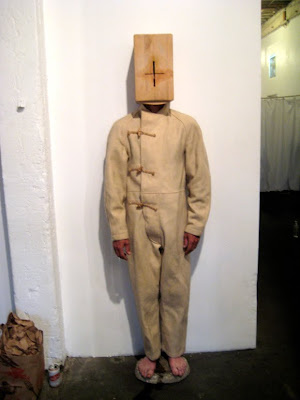 Ross Rudel's extraordinary sculptural performance Wet Column (2010) -- it isn't very clear in this photo, but there is what appears to be a stream of urine running from the artist's groin down his leg and pooling around the stone at his feet. The head box is actually fixed to the wall. 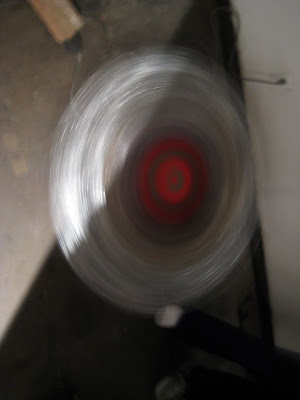 Maya Lujan's THE FOUR, THE THREE, THE TWO AND THE ONE (squaring the circle) (2010) in motion, gashing the ankles of anyone brave enough to venture toward the restroom (see earlier post for unrotating version) 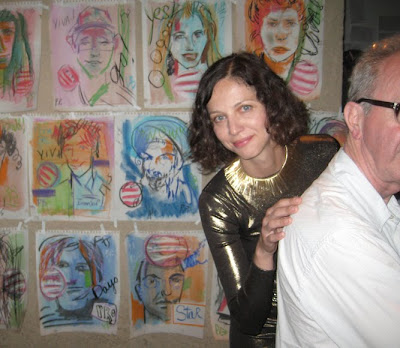 Maya Lujan and Tom Jancar in front of the wall of live on-the spot portraits created in collaboration by Pierre Picot, Francesco Siqueiros and Paul Bob. 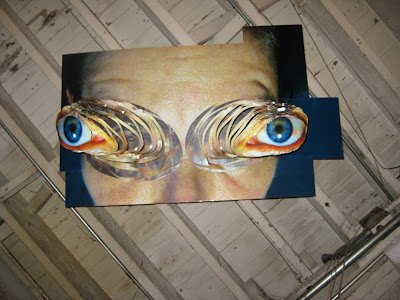 Novelty eye ceiling sculpture by Rebecca Ripple that I don't have the title of yet, but hope to soon. We are expecting these to replace conventional surveillance cameras in mall and at the workplace by November 2012. 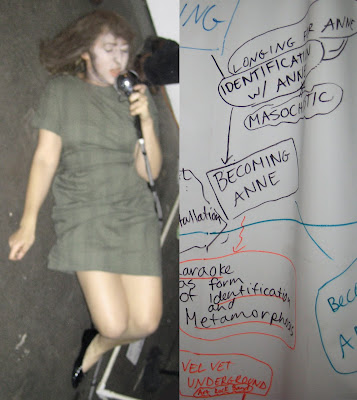 Lily Simonson IS Anne Frank in "Becoming Anne" Crime scene photo has been rotated 90 degrees for clarity. Detail of elaborate rationalization/shower curtain. More to come...
Posted by DougH at 10:19 PM