North to Lompoc: No Pets/Yes Men 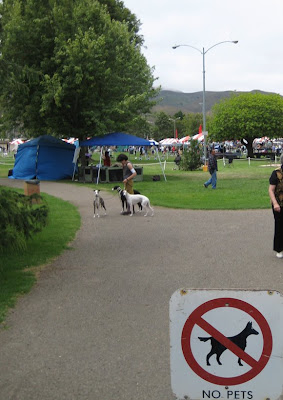 Fans of retired racing greyhound Al Gordon (RIP) will recall his Competition Obedience triumphs at the annual Combined Western Sighthound Specialties at Ryon Park in Lompoc, CA. This year we decided to run up the credit card so that Portfolio could kick some more Conformation butt, and so we could see 107 whippets in one place at the same time. 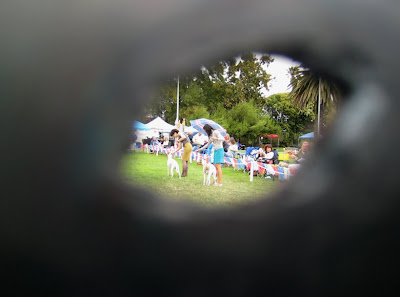 Portfolio was pulled out by the judge for a close comparison with his ongoing nemesis, the dreaded Viggo. It was clearly a difficult decision and, sadly, the judge went with conventional wisdom instead of deep intuition. Portfolio nevertheless got 2nd in his class of five dogs and won a delightful orange and lime-green horsey toy in addition to his ribbonage. 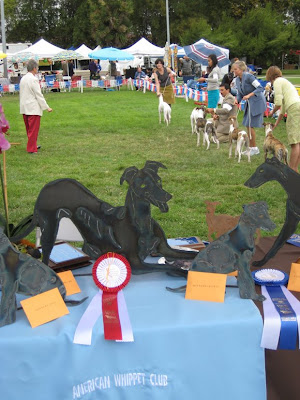 Its always an adventure visiting these off-the-beaten-path communities, but the weirdest moment came just after our arrival. We took a chance on visiting the show site around 10 PM - thinking the dogs could get a little run in after being cooped up in the rental SUV - and lucked out, finding we could set up our canopy, crates, etc, so we wouldn't have to do it in the morning. It must have been close to midnight when we finally got into the hotel room, and since our cable's been out for a few months, I figured I'd check out what was happening on Adult Swim. 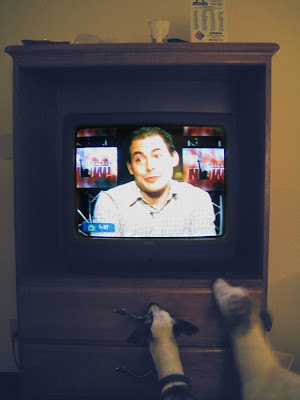 Not much, as it turned out, but then I noticed the Lompoc City cable channel. I had heard about but never checked out the TV version of Democracy Now and the last place I expected to find it was on the civic booster station for a town where migrant workers pick flowers in the shadow of a Federal Penitentiary while prismatic rocket test trails spiral up from Vandenberg Air Force Base. But there it was. I flip the channel, and there are longtime Anti-Conformation activists The Yes Men, hawking their latest cinematic offering The Yes Men Fix the World. It was one of those moments that's so undigestibly WTF that it passes back into the foodchain intact and moves on. If I didn't have these pictures of Andy and Mike and Chloe and Portfolio I'd have thought I dreamed it. 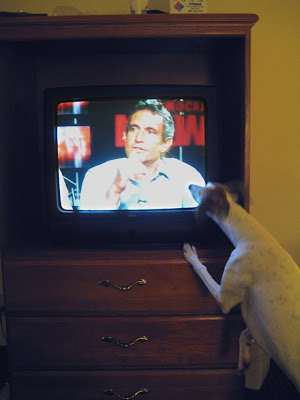