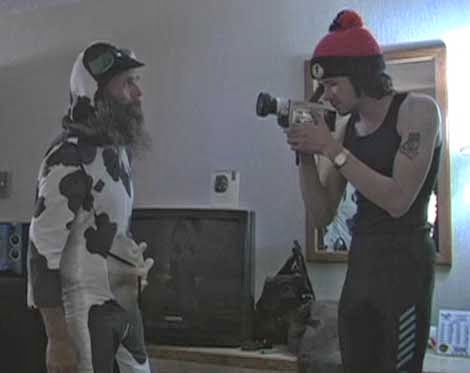 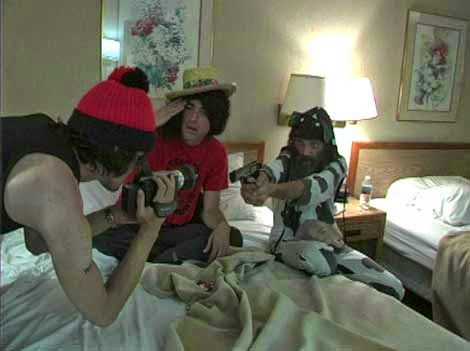 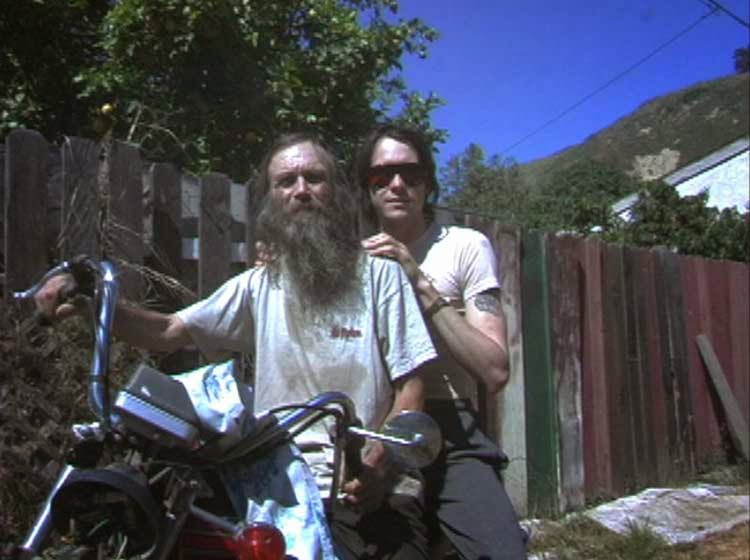 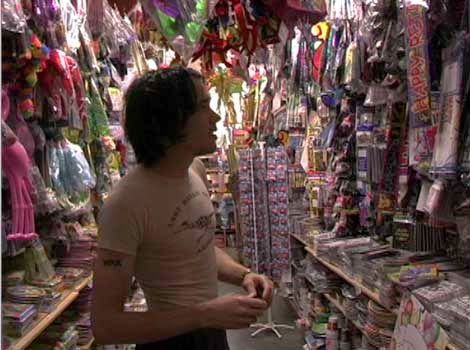 In another scene, his dad comes across an old photo of a teenage G sitting in the storage shed that was his private space before they got that second trailer, and Giuseppe delightedly reads off titles from the wall of videos in the background “My Life to Live, Godard—I remember them all—Love Meetings, Pasolini, where he interviews people on a beach; Mamma Roma, Pasolini; Oedipus Rex, Pasolini. We got Stroszek, we got Night of the Iguana, Viridiana—I related big to that because of the homeless people… it’s about a nun who takes in homeless people into a house and when they leave town the bums go crazy and wreck everything, spill wine, get drunk—I wanted to make a whole film like that.”


To a great extent, Giuseppe’s filmography (currently at 50 and counting) has adhered to this vision, with surreal potty-mouth vagrants drinking, snorting, fighting, killing and having sex with ghosts, stuffed animals, and orthopedic shoes. It’s no fluke that his handful of commercial releases have been through über-sleazemongers Troma. But it is an undeniably authentic vision, and of the outré auteurs his work brings to mind—Harmony Korine, the Kuchar brothers, William Eggleston, Andy Warhol and John Waters—it is the last two that have the most resonance.

Like Warhol with his superstars and Waters’ Baltimore degenerate revue, Giuseppe Andrews wrests control of the star-making machinery to turn celebrity on its head, beatifying bottom-rung clingers like the amiable Manson-lookalike Vietnam Ron (who plays the cow) or recently fired titty-bar waitress Tiffany Naylor, who tears up in her Egyptian knick-knack filled apartment when she explains “I know a lot of people that wouldn’t watch these films, but they actually mean a lot to me—maybe not the story lines so much, but working together. Just getting the whole experience… It’s not really a job for me.” Or anarchist octogenarian Tyree, who routinely deadpans lines like “Fart an umbilical cord out of your phony asshole, and I’ll hang a pig with it while I impregnate you with my 80-year-old pork-rind dick.” Spoken like a true star.
Posted by DougH at 11:53 AM