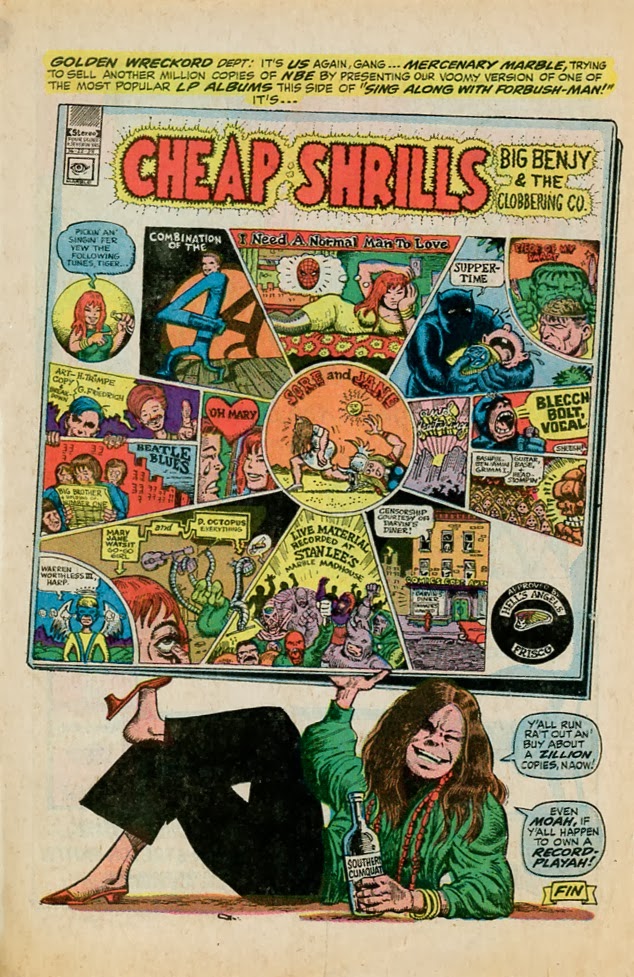 Another discovery in my current scanning frenzy is this page torn from a probably 1968 issue of Marvel's Not Brand Echh, a comic much in the vein of early MAD. What I thought was really interesting was that this is a parody (drawn by Herb Trimpe) of the cover for Big Brother's Cheap Thrills album, drawn by R. Crumb in his underground comix style (also inspired largely by MAD) -- and that it was done almost simultaneously with the emergence of undergrounds. Strange loops.
Posted by DougH at 11:39 PM