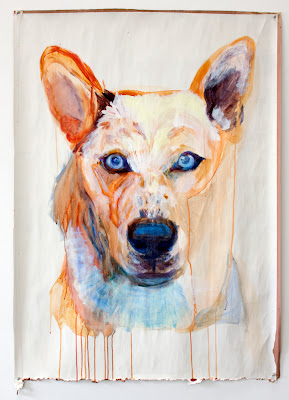 "For the last 500 to 600 years, art and individuality have got on well with each other. The former has fanned the flames of the latter and the latter has expanded the parameters of the former, at least since the Enlightenment. At Rosamund Felsen Gallery, M.A. Peers throws a monkey wrench into these developments.


Both deadpan and curious, sensitive and flat-footed, her paintings make you wonder why we think that art and individuality have anything at all to do with each other. It isn’t difficult to mistake Peers’ exhibition for a group show.

That accounts for the delicate drawings of life-size show dogs in the first gallery, the disquieting portraits of an anonymous man in the second gallery, and the ghostly abstractions in the third — which appear to have been made by like-minded collaborators or a lone artist who doesn’t trust her first impulses and is even more suspicious of what happens with second looks, second thoughts, second guesses..."

Read the rest of David Pagel's M.A. Peers' Elusive Paintings Will Pull You In in the LA Times

Deriving in part from her earlier series depicting generic male yuppies dissolving in haloes of prismatic color, Peers’ new work (including one piece appropriately entitled , Disintegrating Yuppie) pushes the intensity of her luminous abstraction to the point where only fragmentary ghosts of her figurative and landscape elements remain. 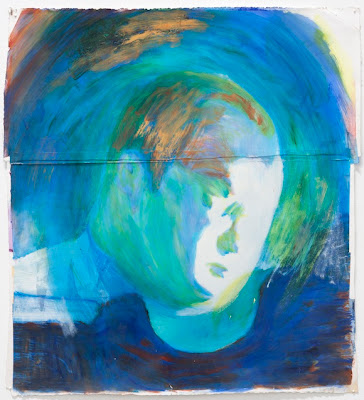 This body of work is paired with Peers’ taxonomic examinations of the exacting aesthetic criteria used to differentiate and evaluate purebred dogs. These latter take the form of larger-than-life oil paintings on paper depicting current top-ranked whippets in the American Kennel Club conformation standings, seen from the side, in the standard show-ring pose. 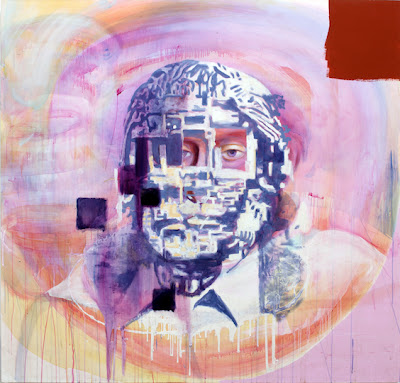 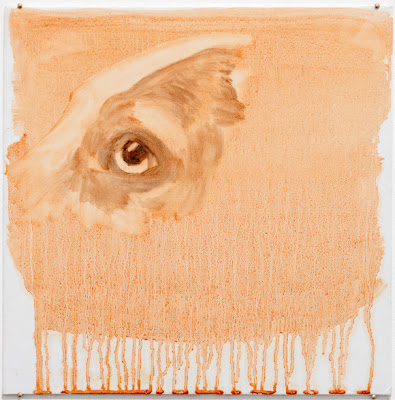 M.A. Peers is a Los Angeles-based painter whose work has been exhibited internationally since her emergence from UCLA grad school in 1994. She is ironically most recognized for her initially anonymous portraits, Dogs of the Soviet Space Program, commissioned by the Museum of Jurassic Technology, though her more personal work has garnered considerable acclaim from critics and fellow artists. Her well-loved dog works are rooted in a lifelong engagement with the world of human/canine collaboration, including her ongoing involvement as an owner/handler in the conformation ring, as well as breeding, Agility, Competition Obedience, Coursing, and the newly emerging sport of Canine Nose Work. 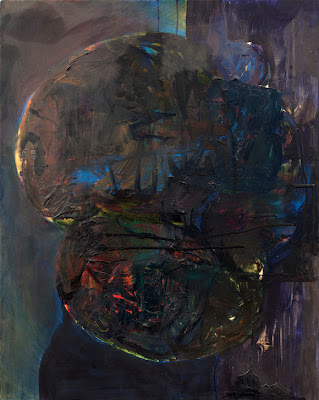