It began with a potato... 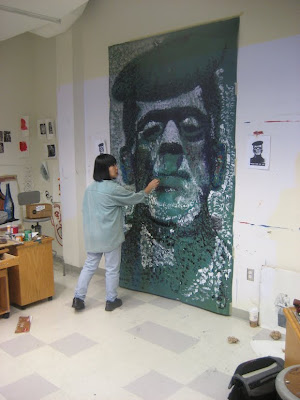 I usually get my DIY Printmaking students to collaborate on a giant potato print done in the Chuck Closey pointillist style. For some reason this semester I came up with an image of Frankenstein in a beret and it seemed to inspire them. Here's Young Summers putting some finishing touches on it. 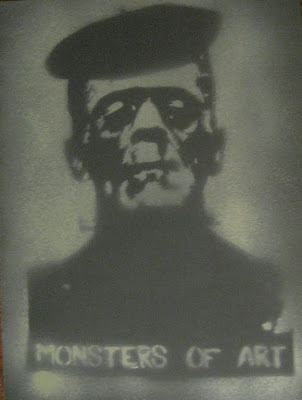 Later, when we moved on to spray stencils, I kept working with the image, and added the caption "Monsters of Art" -- and I was all like "That'd be an awesome tiitle for a show" and Arata was all like "Let's do it!" So we did and it's opening tonight, Halloween, October 31st, and it is awesome. 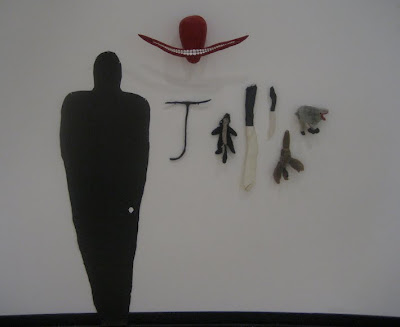 Here's a bit of a previrew... above: Ernie Ramirez's professional accoutrements; below: Victoria Reynold's oil painting Lord of Fat 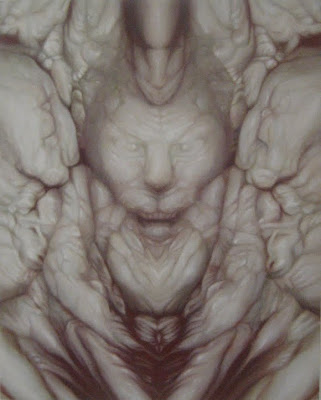 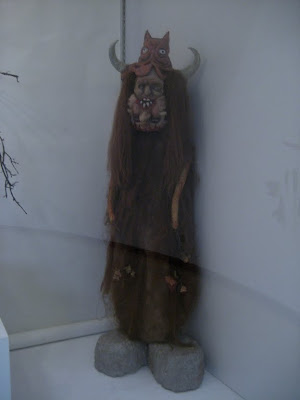 Above: Marnie Weber's concrete-slippered monster from her most recent series thereof; below: Marcel Azevedo adds the necessary didactics to complete the potato Frank. Actually it wasn't really complete until we framed it with Monsters of Art themed prints from the class... 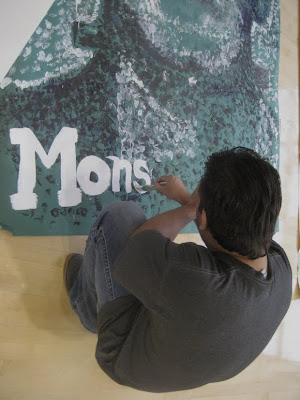 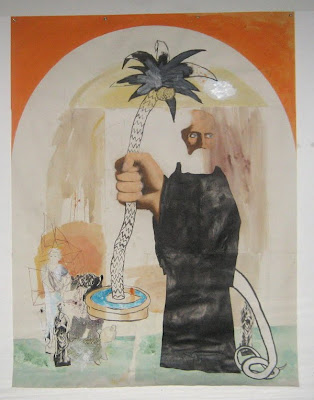 Above: Josh Miller's Cato at the Gate of Purgatory which I advised him to include on the condition that Cato be rendered monstrous by the addition of a tail, which may be seen here; below: Arata fixes a hole while in the foreground Don Suggs' Blue Eyed Devil awaits hanging. 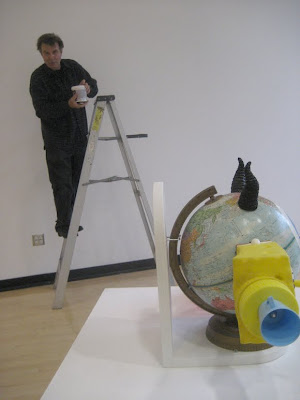 Potato Frank finally complete, with stalwart printmaker/installers Idowu Ajibola, Maria Ana Sampaio Nunes , Robert Zargoski, Young Summers, Karisa Ballard, and Will Carrico taking a deserved rest. It wasn't until Steve Hurd dropped off his painting that we realized Frank was not yet complete... but you'll have to check out the show to know what I mean. 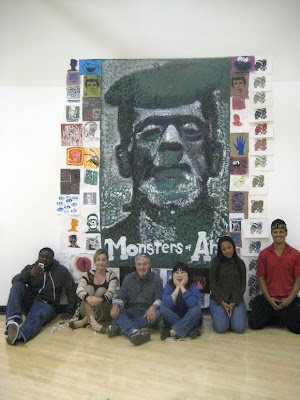 Monsters Of Art
Curated By Michael Arata and Doug Harvey

Regular hours: Monday-Thursday 10AM - 4PM
Exhibit up through December 1, 2011 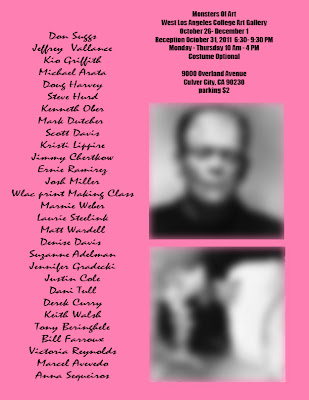 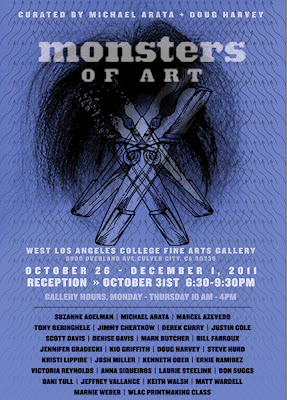