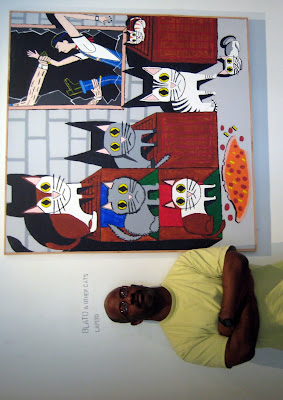 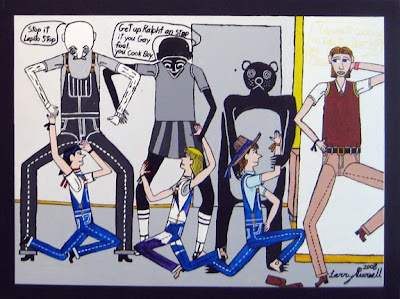 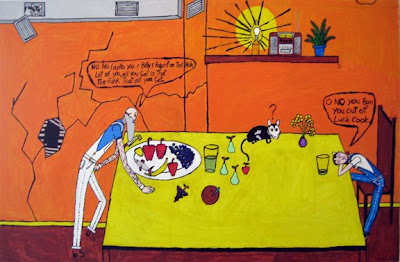 Read the rest of On the Seamy Side: Larry Pearsall's Avant-Garde Graphic Narrative here
Posted by DougH at 2:32 PM

Doug H I am a better pair of eyeballs for having seen and read that. That painting at the top with the cats might have changed my painting life. a generation of stoner/illustrator types waisted years trying to produce work with such...such...BAM