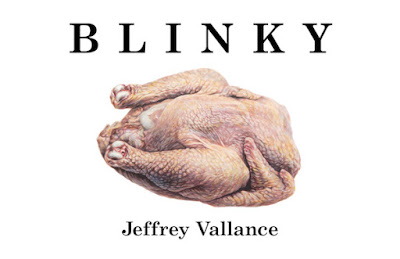 Eighties nostalgia is a sad and sick thing. In Dazed and Confused, Richard Linklater’s early-’90s exercise in ’70s nostalgia, the character Cynthia (played by Beck’s future wife!) explains her Every Other Decade theory thusly: “The ’50s were boring. The ’60s rocked. The ’70s, my God, they obviously suck. So maybe the ’80s will be like, radical. I figure we’ll be in our 20s and hey, it can’t get any worse.” This was a joke directed at those who actually lived through the ’80s, which sucked in ways Cynthia could have never dreamed of. 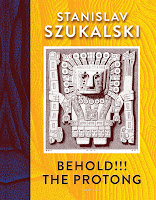 But there was another ’80s—an ’80s that sought to continue the legacy of the beat/hippie/punk countercultural continuum of idiosyncratic DIY creativity, and—although its structure was appropriately rhizomatic and globally dispersed—much of whose most compelling content emerged from California... 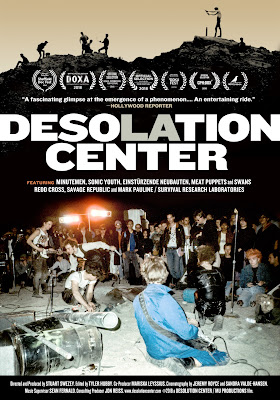 You can get a glimpse of how raggedly spontaneous and ultimately influential this ’80s underground was from Stuart Swezey’s cinematic memoir (previously a spectacular exhibit at San Pedro’s Cornelius Projects) Desolation Center. As outlined in Artillery columnist Skot Armstrong’s preview, the documentary follows Swezey’s attempt to reinvent the early ’80s LA punk/industrial scene by bussing the whole shebang a couple of hundred miles east, to the Mojave desert. And No Rules, Okay? I’m looking at you, LAPD.

While this impeccably crafted narrative delivers compelling evidence of the DC shows as the germ for Burning Man, Lollapalooza and Coachella (Gee, THANKS, Stuart!), the real treasure lies in the archival footage and talking heads that detail just how improvisational and alienated the entire era was.

One of those talking heads is the legendary San Francisco publisher V. Vale, whose punk zine Search & Destroy (started with a $100 “grant” from Allen Ginsberg) morphed into the period-defining internationally influential RE/Search book-like things which forged links between experimental industrial bands like Throbbing Gristle and Einstürzende Neubauten, fringe-dwelling literary philosophical thinkers like J.G. Ballard and William Burroughs, and subcultures ranging from body modification to outsider cinema.

The latest RE/Search publication collects previously unpublished interviews with Burroughs—containing some of his funniest and most foreboding utterances, which is saying a lot—as well as with his cantankerous, sometime cut-up collaborator, painter/writer Brion Gysin (of Dreamachine fame) dishing on the Surrealists and anyone else that pisses him off, and a host of others.

It’s somehow reassuring—though even more alarming—that Burroughs & Friends: The Lost Interviews seems as timely and revelatory as its RE/Search predecessors did 35 years ago. This may be the greatest argument for keeping the medium of print alive—the dilution of meaning inherent in the internet demands some sort of non-digital aggregator, a step-down filtration system that only a relatively slow medium can sustain.

Undeniably, in those dark days before the Web, the counterculture thrived on print. Swezey went on to co-found AMOK Press and distribution, which alongside Loompanics, Factsheet Five and such quixotic publishing ventures as The Church of the Subgenius and Weirdo comix, generated a global network of crackpot refusal.

One of the seminal texts of the period was actually a throwback to an earlier period of subversive individualism—nostalgia for a more earnest and visionary refusal of mainstream culture. Behold!!! The Protong was the book that put Polish artist Stanislav Szukalski on my radar, though the recent Netflix doc Struggle has cranked his visibility to 11.

Behold!!! is a distillation by collector Glenn Bray from the artist’s 42-volume, masterfully illustrated thesis on Zermatism, an alternative anthropological science involving global deluges, Easter Island, and human interbreeding with evil Yeti. With original copies selling for $700+ on Amazon, Last Gasp has recognized the demand for a reissue.

Another key period piece that has recently been reprinted (in conjunction with a 40th-anniversary exhibit at Cal State Northridge) is Jeffrey Vallance’s Blinky the Friendly Hen book, detailing in deadpan photographs and text his purchase of a funeral and burial for a grocery-store frying chicken at an LA pet cemetery. It both parodies and advances the po-faced text-and-photo conceptualisms of the previous decade, while enacting a consumerist mythological ritual of death and resurrection.

While its dark absurdism landed Vallance a spot on Letterman, its profound subversiveness has ensured that Blinky (along with Throbbing Gristle and the science of Zermatism) will thankfully never be beckoning from the cover of TIME special edition on “Remembering the ’80s” as you wait in the supermarket checkout line. That means there’s still hope.