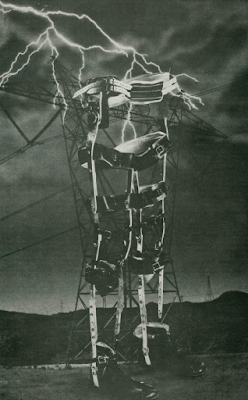 Here's my latest Artillery column which coincidentally starts with a shoutout to Tony Conrad, who would've turned 79 today. HBD Schmaltzy!

In Branden W. Joseph’s book, Beyond the Dream Syndicate: Tony Conrad and the Arts After Cage, Joseph precipitates his excursion into the minutiae of the early ’60s New York City avant-garde on Mike Kelley’s concept-like-thing of Minor Histories—a sort of counter-canonical reportage bringing to light overlooked moments in cultural history when long-lost underground communities crackled with oppositional synergy—often to the direct benefit of a handful of derivative but ambitious followers.

While Kelley’s Los Angeles Free Music Society (LAFMS) buddies have been given some serious attention along these lines, another LA art/experimental music collective was almost completely lost from the historical record until last year. World Imitation Productions (AKA WImP) are best known as the breeding ground of the cognoscenti’s favorite LA post-punk band Monitor—themselves almost forgotten until the 2013 re-release on the Superior Viaduct label of their sole self-titled 1981 LP. But the WImP collective initially flourished in an even more obscure subculture—that of quirky anonymous fliers, chapbooks, zines and mail-art communications. 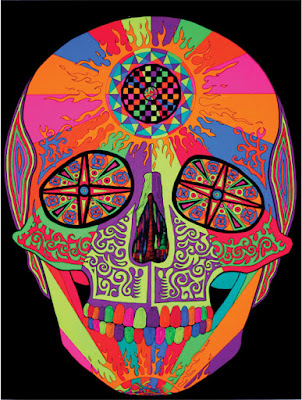 Coalescing in the San Fernando Valley—Ground Zero of the festering suburban carnivalesque—WImP scavenged amongst the thrift stores, theme parks, UFO cult headquarters and record and bookstore bargain bins, collecting and recombining the semiotic DNA of sitcom reality into rich and strange mashups—not only in their Xeroxed collage publications, cobbled together from vintage magazine ads, obsolete civics schoolbooks, fallout shelter instruction pamphlets, religious tracts and so on but in Situationist anthropological expeditions to Disneyland, curatorial projects including exhibits of lost pet posters, thrift-shop art and the infamous “Fix-It-Up” show at LACE... continue
reading Under the Radar: Minor History Needs More Mining at Artillery or ATJ

All these antics and more were documented in curator/author Antonio Beecroft’s beautifully installed 2017 exhibit at These Days gallery and the accompanying catalog Afraid of Modern Living: World Imitation and Monitor 1977–1982—which sold out almost immediately. Happily, the volume has just been reissued in a slightly expanded version by Sounds on Paper, though again in limited quantities. Collecting documentary photos, collages and other artworks by Steve Thomsen and Michael Uhlenkott, drawings by Jeffrey Vallance, gig fliers for Monitor, and pages from various WImP publications, the book also contains a substantial chronological essay by Beecroft.

Other members of the original group included Anne Connor, Jeffrey Rankin and Laurie O’Connell. As the collective—encouraged by DEVO associate Ed Barger—began to morph into Monitor, Connor and Rankin chose the path of library science, and Keith “Big Beat” Mitchell was brought into the fold on drums (beating out both Kelley and Gina Schock). As with many Minor Historical collectives, the center couldn’t hold long, and Monitor barely finished recording their album before scattering.

While Beecroft’s book does an excellent job of documenting the specific historical circumstances surrounding this particular outburst of creativity (and will do so even more if ever issued in its gorgeous original design, when it was known as The End of the World and set to include a CD of Monitor’s collected works!) there is a deeper and more rhizomatic truth on which it touches. Who knows how many WImP-like collectives sprang up and flourished in the ’70s and ’80s that have never been subjected to this kind of appreciation? I could name a dozen I had personal contact with, but the number is probably in the thousands

What the Beat, Folk, Hippy, Punk, Post-Punk, Hip-hop and other 20th-century musical and literary social movements continually posited was a completely different mode of creation, distribution and consumption of culture from the monolithic mass media that is so profitable and so easy to control. While a reproduced mimeograph blast from the past is always welcome, such archival reclamations should first and foremost remind you to look around and find out what’s festering beneath today’s glossy superficial nightmare. Or maybe even start a Minor History of your own!