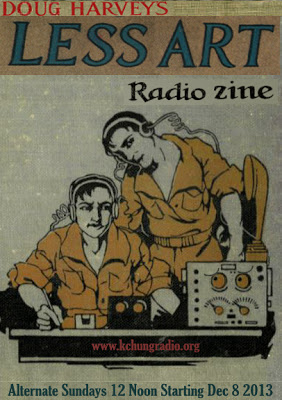 Tune into KCHUNG in LA’s Chinatown district at 1630 AM or online at www.kchungradio.org - if you miss the broadcast, shows can be accessed through the KCHUNG archive.
Posted by DougH at 9:23 PM