Friday saw a flurry of journalistic activity concerning 'Some Paintings: The Third (2007) Annual LA Weekly Biennial' with Christopher Knight's lead review in the Los Angeles Times leading the pack. (The print version had a better headline owing to an apparent Larry Cohen reference - "It's Alive! With wit, diversity") 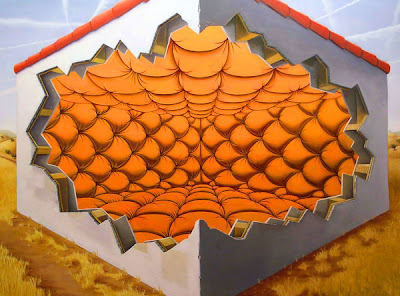 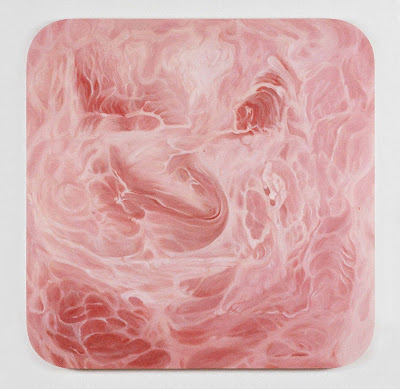 Earlier in the month, Emma also named the 'SP' the #1 show in LA in her column on the Saatchi website 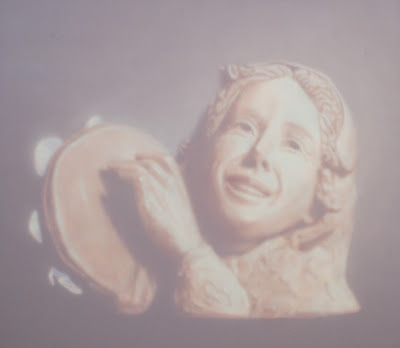 I was surprised and impressed at the unconventional choice of pieces singled out by Chris and Emma. For example, they both gave props to Esther Pearl Watson's faux-outsider UFO-scape. 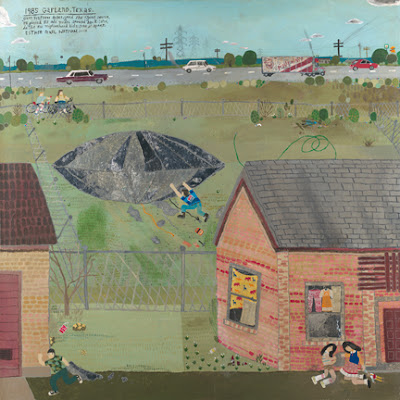 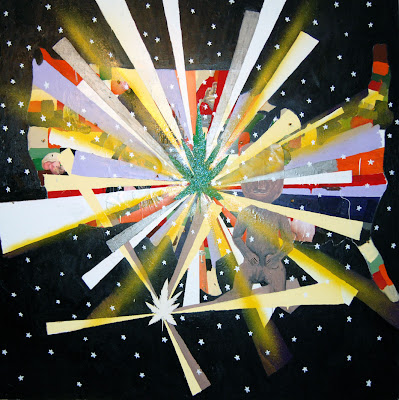 'Tekel Upharsin (He weighed, now they divide)' by Gustavo Herrera
Posted by DougH at 9:37 AM