Michael C. McMillen through a week next Saturday! 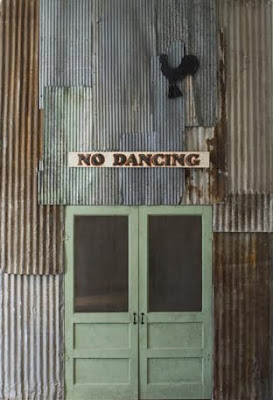 L.A. native Michael C. McMillen's 1981 installation Central Meridian (The Garage) remains one of the most subtle, poetic and experiential critiques of the institutional art environment ever devised. A longtime cornerstone of LACMA's old, shabby Anderson Building (now the Art of the Americas Building), The Garage provided a sudden bubble of mystery-and-nostalgia-laden privacy in the midst of the white-cube panopticon ride of big-museum design and management. Enormously popular with the public, the work has been "not on public view" since "Transformation: The LACMA Campaign" bumped the Modern Art west to the Ahmanson. Supreme bummer.

The good news is that in early 2011 McMillen is going to be the subject of a museum retrospective including a cavalcade of classic installations like The Pavilion of Rain (1989) and The Red Trailer Motel (2003). The bad news that its at Oakland’s Museum of California (unless you live in Oakland, in which case its probably the best news you’ve had all year – Ha ha) – with no plans to travel it to the artist’s hometown. The good news is that McMillen’s first solo gallery show in almost seven years opens on Wednesday, September 15 at LA Louver, and promises to be another triumph of the kind of installation-as-theater we have come to expect from the former Blade Runner model maker.

Lighthouse will consist of two chambers nested within the reduced white-cube panopticon ride of LA Louver – one displaying a series of illuminated oil paintings and bronze sculptures cast from found materials; the inner containing the titular installation showing a raggedy-ass building stuck in a tar-pit, with a whited-out billboard acting as drive-in screen for McMillen’s flickering dream-within-a-dream projections. One of McMillen’s earliest mentors was a neighbor who made the Tesla coils for James Whale’s Frankenstein (1931). Michael C. McMillen’s installation are a kind of avant-garde walk-through cinematic experience with one foot there – in pre-digital Hollywood effects culture – and the other in the criminally uncharted post-modern legacy of west coast assemblage and installation. The scary thing is... It’s Alive!