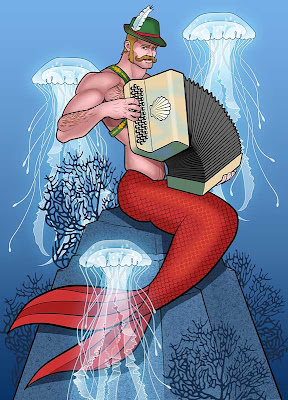 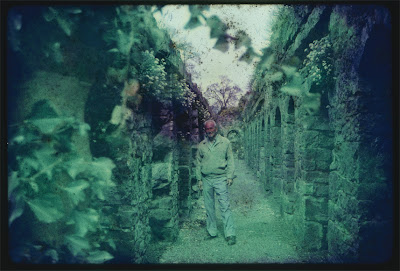 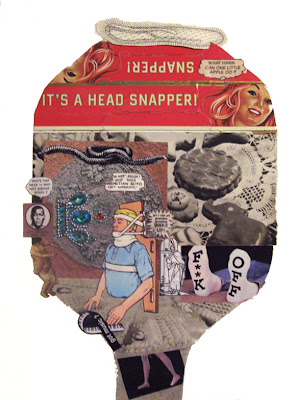 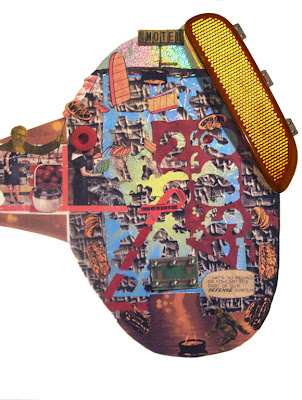 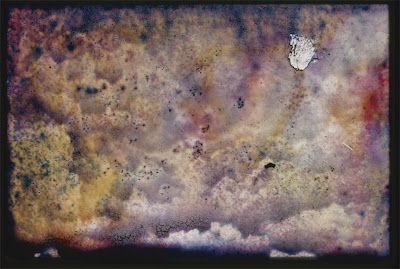 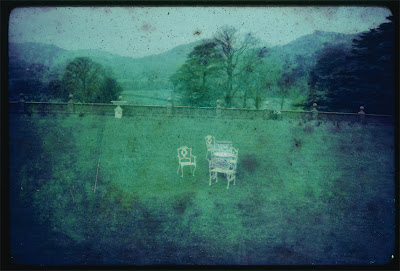 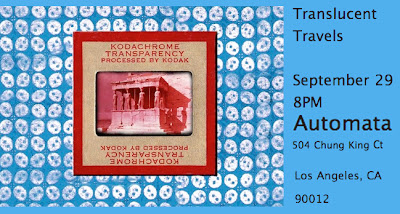 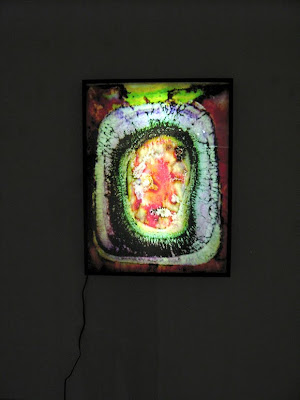 Carl Berg threw together the Illumination show for his "The Prospectus" space at the Pacific Design Center in a few days, and he didn't have time to assemble the elaborately rickety funhouse environment he had in mind for this collection of large-scale backlit transparencies, but it turned out pretty awesome nevertheless. I finally got to see one of my Moldy Slides in the large format I'd envisioned for them - this is Luray Caverns 1: Washington Column (2012) 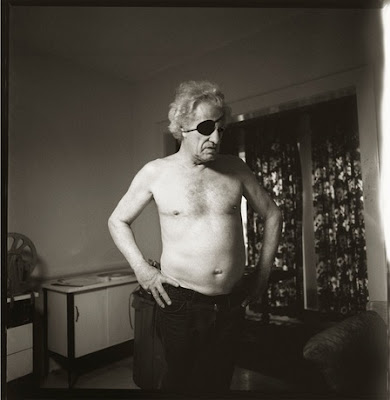 The front gallery is taken up by a remarkable small group of photos taken by former Hog Farm anesthesiologist Andy Romanoff, documenting Nicholas Ray at the Chateau Marmont in 1973, working on his experimental collaborative film We Can't Go Home Again. Coincidentally, Lee Lynch caught a screening of the newly restored version of this while in Marseilles last winter for the Murder of Hi Good premiere, and it's been making the rounds in LA since. 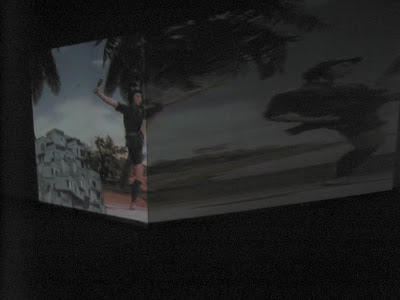 Speaking of revisionist westerns, there was a fairly interesting experiment in that genre in Paul Young's adjacent video gallery Young Projects. American Night by the Berlin-based Julian Rosefeldt had several excellent postmodern punchlines and some hypnotic pastoral passages, but it's no Hi Good. Of course it didn't help that two idiot art chicks sat through 3/4 of it nattering at full volume about their stupid career ambitions. Haven't they heard of texting?!

Of more interest was the walk-through video installation 1967 by Nadia Hironaka and Matthew Suib, which contained multiple references to Expo 67, a topic close to my heart. I wonder how many other viewers caught the looped sample from the Bobby Gimby's insidious centennial children's chorus novelty single Canada. Or the metastasizing geometrics of Habitat 67 (seen lower left, above)? Then I saw this in the parking lot: 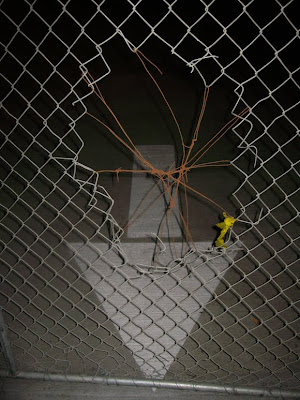 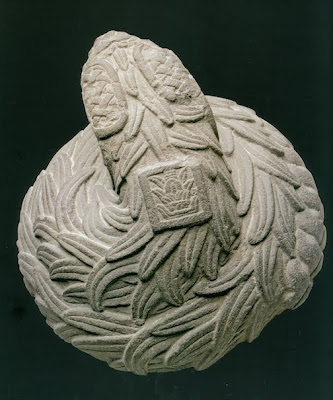 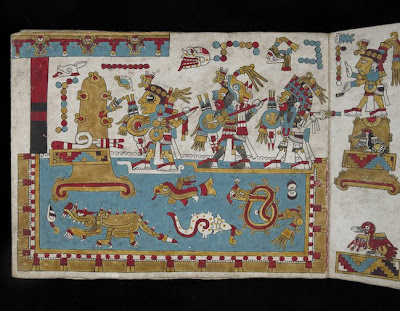 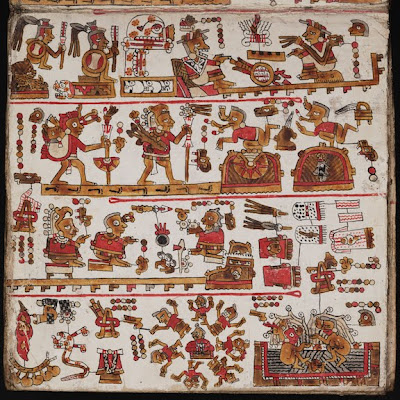 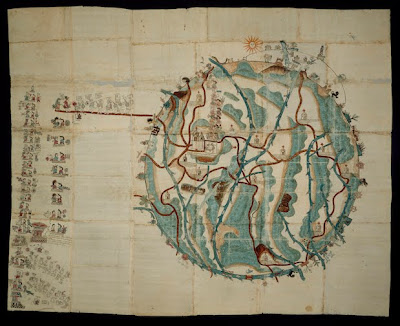 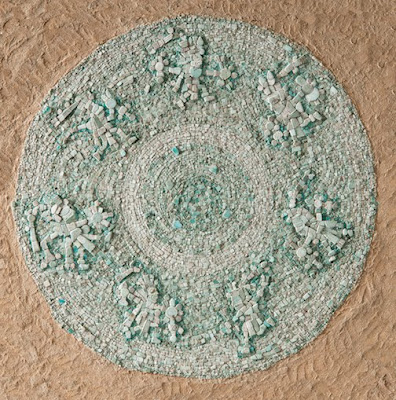 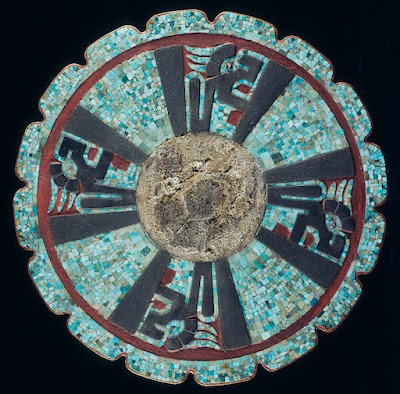 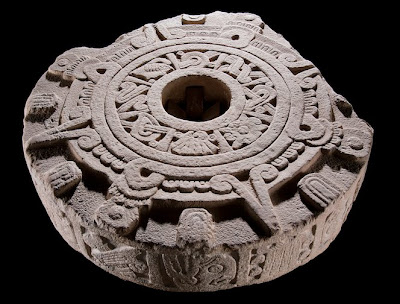 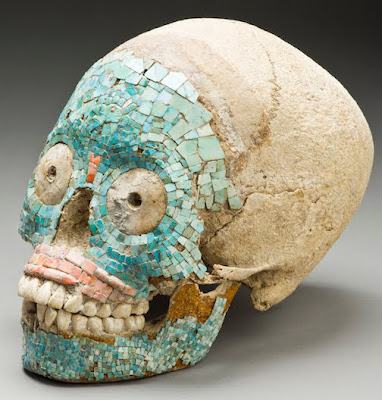 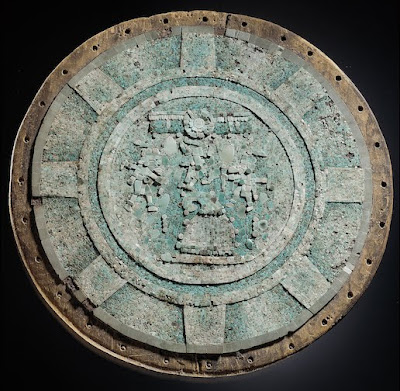 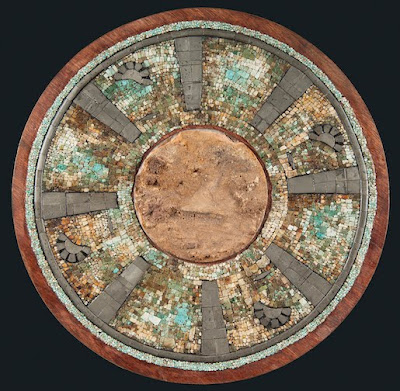 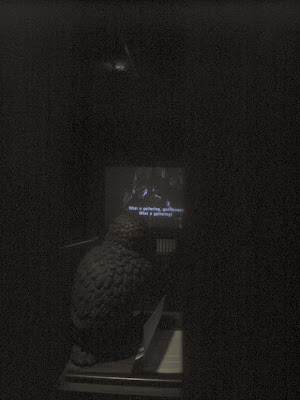 Having divided my Saturday between the Anarchist Book Fair and the opening of the Doug Harvey UCI Invitational 2012 (part of Curatorial Exchange at the Irvine Fine Arts Center - more on that later) I tried to tardy-crash the imported ham orgy at Machine Projects, but was thwarted by locked doors and shaded windows. Peering through a gap, I glimpsed a room full of naked men (including hot indie star David Nordstrom, if I'm not mistaken, and some one who looked suspiciously like former White House Deputy Chief of Staff Karl Rove) redolent with Jamón ibérico-induced Itis, backs turned to the miniature Bohemian Grove idol, allegedly watching a 1972 biopic on the adventures of shipwrecked conquistador Álvar Núñez Cabeza de Vaca who was enslaved by meso-american tribes but freed himself by learning Shamanism. I rattled the door, but it was as if there was no one there, so powerful was the fancy-ham trance. Denied! What epoch-making conspiracies were hatched that night? What a gathering, gentlemen! What a gathering indeed!
Posted by DougH at 12:10 PM No comments: 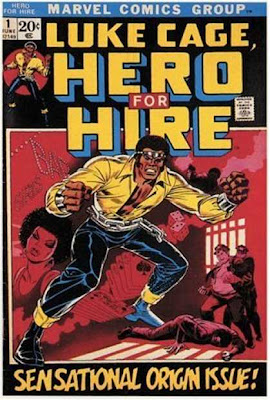 "Oops, wrong Cage!" -- Just realized today is John Cage's hundredth birthday and everyone's all over it so I figured I'd UL part of the "Elegy for John Cage" I composed and recorded as Audio Artist in Residence at Video Pool over the summer of 1993. The entire piece was 64 minutes long, in 8 sections, and - once the library of potential audio sources and actions was in place - assembled using the I Ching. This is the first section.