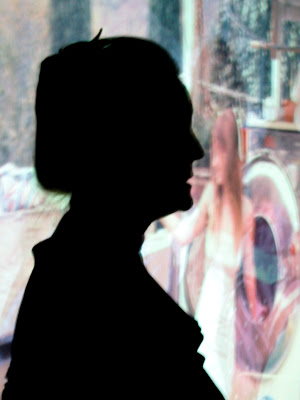 "On August 25, 1975, former Sunset Strip restaurateur Jim Baker launched himself off a 1,300-foot-high cliff on the easternmost shore of Oahu. Although he had never hang-glided before — or even trained for it — he was confident his instincts would kick in and allow him to negotiate the notoriously tempestuous thermal trade winds off the mountainous coastline. And they may well have, except for a sudden calm that caused him to immediately plummet downward hundreds of feet. He recovered control and managed to glide out over the Pacific for 10 minutes before navigating back to crash-land on the beachfront Waimalano campground. Although he appeared to have no serious injuries, Baker was unable to move and was taken home, where he died some nine hours later. He was survived by his 13 wives and 140 or so sons and daughters."

Spiritual Sons and Daughters that is. Read the rest of my LA WEEKLY piece on 70's LA cult The Source Family here. Then buy the book from which I cribbed it all:
The Source: The Untold Story of Father Yod, Ya Ho Wa 13 and the Source Family. Above is author Isis Aquarian in silhouette during the slideshow portion of the book launch salon at the Process/Feral House Hobbit Compound.
Posted by DougH at 12:18 PM No comments: 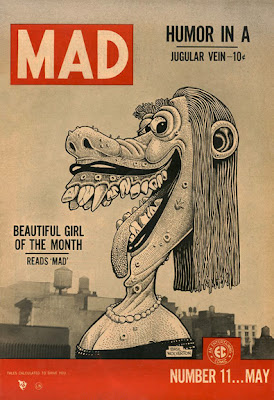 "As Spacehawk was losing altitude, Wolverton took a freelance assignment that required him to create a humor feature. The first result was a sci-fi parody called Splash Morgan. Within a year, the artist had developed three comical features – including his most popular and influential series, Powerhouse Pepper – and by the time Spacehawk folded, he was getting so much humor work that he abandoned his “serious” style for almost a decade. 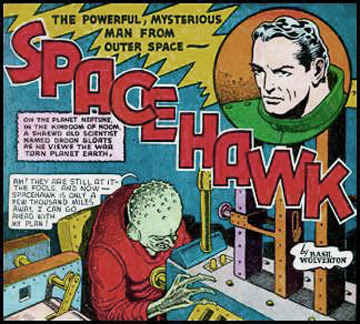 Powerhouse Pepper – published in various Timely Comics (which later became Marvel) and edited by Stan Lee – lasted in various forms from 1942 through 1948 and took the kind of ridiculous wordplay and corny sight gags common to prewar humor strips to a level of meta-absurdity, clogging panels with joke signage and props and speech balloons and captions with baroque tongue-twisting verbiage riddled with rhyme, permeated with puns, and characterized by rampant alliteration. It is not so far-fetched to consider the linguistic innovations in Wolverton’s comedic scripts in the light of modernist literature by authors James Joyce, Gertrude Stein, Hugo Ball, Alfred Jarry, and perhaps most consonantly, Raymond Roussel.

Roussel, a next-door neighbor to Marcel Proust, had a similar passion for the improbable and a love of wordplay. He took special delight in exposing the hypocrisy of authority by affecting a mock highfalutin tone and exaggerating it into absurdity. Roussel played a pivotal role in the foundation of modern art when the 1911 theatrical version of his proto-surrealist novel, Impressions of Africa, inspired epiphanies in Marcel Duchamp, Francis Picabia, and Apollinaire. The dadaists and surrealists were notoriously fond of American comics -- Duchamp and Man Ray even reprinted a Rube Goldberg contraption in their 1921 New York Dada journal. 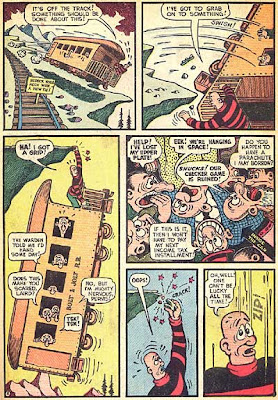 While Goldberg, Wolverton, and other purveyors of pop-cultural absurdities were skeptical – if not outright hostile – toward their adoption by the avant-garde, their attitude probably had more to do with the fact that America’s elite class fetishized European culture even when it was fundamentally at odds with Yankee Nouveau Riche postures of privilege and authority. Regardless of the conceptual discomfort, the overlap between Wolverton and the “moderns” is considerable. Probably the most striking consistency lies in the realm of Grotesque caricature -- a recurring motif in fine art from the Renaissance on and made central to Modernism by the Expressionist, Dada, and Surrealist artists. Wolverton began to explore this territory extensively during the 1940s and eventually laid indisputable claim to it."

from my essay 'The Closer You Look, the Prettier It Ain’t: Basil Wolverton’s Microscopic Grotesque'
The Original Art of Basil Wolverton published by Grand Central Press and Last Gasp Publishing in conjunction with the exhibit. 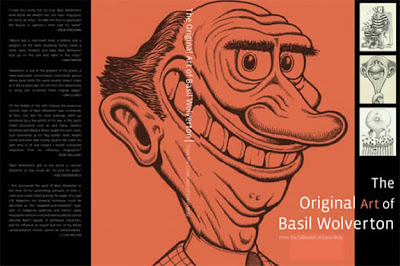 The Original Art of Basil Wolverton
from the Collection of Glenn Bray
September 1 - November 11, 2007

Spooky Al Just Before He Kicked the Bucket 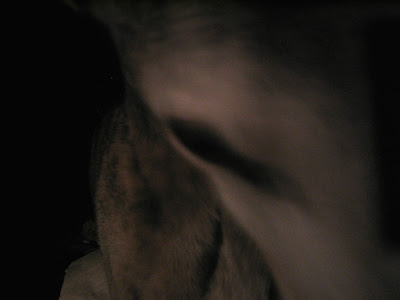 I Can't Believe They Kept My Title 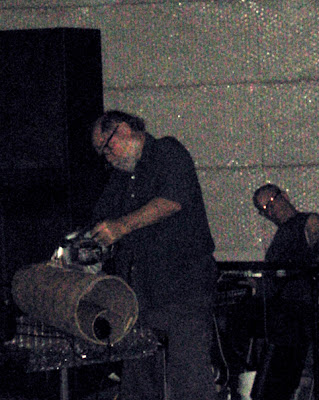 Excuse my intermittent diaristic impulses - I guess I'm not a real journalist after all. At least when I have nothing to say I shut the fuck up. But now I have to play catch up again. So here's the most recently published LA WEEKLY article - about the Getty Research Institute's hosting the audio archives of Paul McCarthy and John Duncan's experimental "Close Radio" broadcasts from the 70's. Above is a photo of McCarthy and Mike Kelley performing on Bastille Day as part of Extended Organ in a downtown warehouse studio space. Out of the shot: Tom Recchion, Joe Potts, and Joseph Hammer (channeling Fredrik Nilsen). You can hear and download most of the Close Radio programs here at the GRI site.
Posted by DougH at 1:38 PM 1 comment: 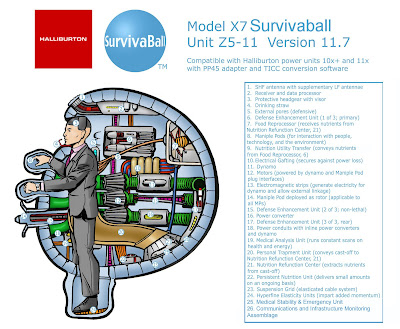 The Yes Men on Bill Moyer's Journal
Posted by DougH at 1:06 PM No comments: