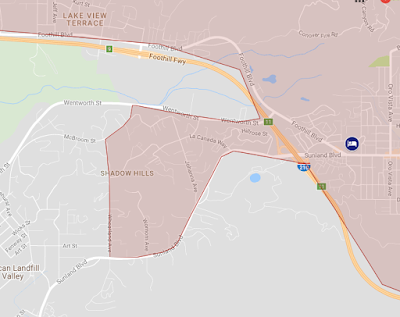 Here are a couple of shots of the neighborhood we're supposed to move to in 3 weeks, after 20 years in the Wilson house on Benton Way -- just inside the evacuation zone of the Creek Fire, one of four major conflagrations currently devastating LA. It's a horse community just south of the 210 freeway, called Shadow Hills, and it recently escaped from the La Tuna Fire from the other side. 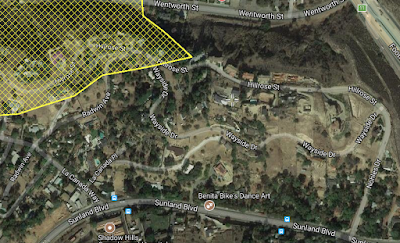 This is from the Sepulveda Fire to the south - the biggest -- the Thomas Fire -- is wiping out Ventura and Ojai - here's a shot from a video from some one's morning commute on the 405. 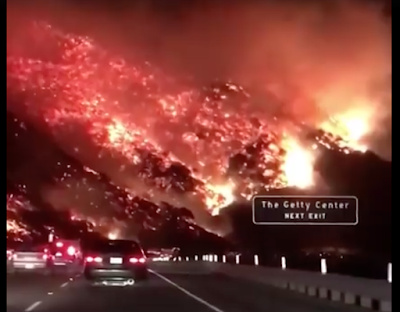 And returning to the Creek Fire, I'm not sure this FB friend was paying attention to the details of the algorithm-generated map that accompanied his good news... 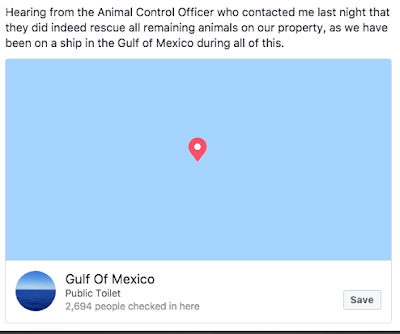