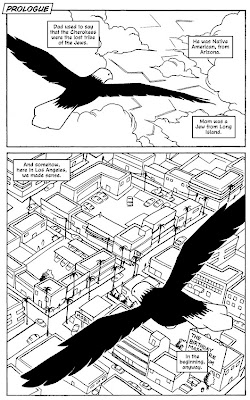 "Look around everywhere you turn is heartache; it's everywhere that you go. You try everything you can to escape the pain of life that you know. When all else fails and you long to be something better than you are today. I know a place where you can get away; it's called a dance floor, and here's what it's for: so vogue."
— M. Ciccone
"For many -- especially those on the outside — Los Angeles' swinging, glittery nightlife is one of the most attractive features of the city. There's always something going on, and more often 50 things. Or 500. In a city whose hard currency is celebrity, no effort or expense is spared in the pursuit of being seen — or in creating the impression that your party is the party. As a result, an entire industry of event planning and management is running full steam in LA, 24/7 — including an unlikely substratum of photogenic young things who are rented by the hour to flesh out the fabulousness of your guest list.

It is in this odd simulacral corner of the contemporary cultural landscape that Deborah Vankin and Rick Mays have set their graphic novel Poseurs — though I'm not sure that anything as crass as a storefront "We the Party People" outlet, replete with a balding, cigar-chomping sleazeball boss with a heart of gold — has actually sprung up yet. But who knows, it's Hollywood after all. Vankin is familiar to LA readers as a cultural journalist and editor with stints at LA Weekly, Variety, and the LA Times (including its recently euthanized weekly tabloid, Brand X), but this is her first foray into the graphic-narrative medium.

It's an impressive debut. Poseurs follows three teenagers working the party circuit — Jenna is a half-Jewish, half-Cherokee wannabe photographer who stumbles into "We the Party People" online, after being fired from her waitressing gig; Pouri is a wealthy Taiwanese "parachute kid" who is constantly dodging the Skype scrutiny of her overseas parents, who naively believe she's about to ace her SATS; Mac is a lowly busboy with some kind of pathological language disorder that makes him spew random slanguage — he prides himself on being the ninth-most frequent contributor to urbanthesaurus.com.

If this all seems insistently web friendly, you're picking up on one of the most conspicuous motifs that identifies the story's demographic skew: Poseurs was originally slated to be part of DC Comics' Minx graphic novel series, designed to lure teenage girls into the depraved world of comicdom — and texting, uploaded videos and accidentally swapped cell phones play appropriately pivotal roles in the story line..."

Read the rest of Strike a Pose in the current Artillery Magazine or online at www.artillerymag.com

Buy Poseurs on amazon.
Posted by DougH at 11:17 PM