Rough Moods of Many Pearl 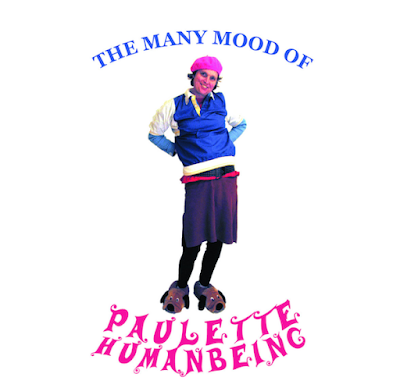 Quarantine isn’t much different from my old normal. In case you hadn’t noticed, this column is 99% reviews of things that I receive through the mail or via the web – anything that doesn’t require me to leave home and interact with my fellow art world and academic professionals! Karma being a bitch, though, my first recommendation is one that brings the art and academic communities to you, in comic book form! 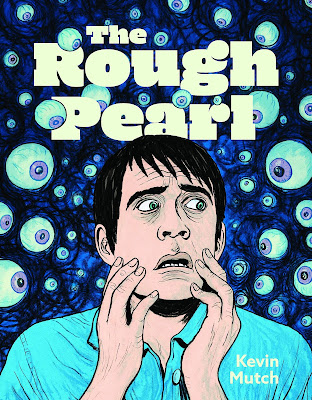 With a protagonist getting by as an adjunct studio-art instructor at a trade college in a major metropolitan area, Kevin Mutch’s graphic novel The Rough Pearl packs a particular punch for me, as it will many Artillery readers. From the willful obliviousness of tenured administrators, the smug, vigilant authoritarianism of academic lefties, and the infuriatingly low expectations of the student body, Mutch’s economical satire bats 1000. And the art references are more authentic and nuanced than anything in recent pop cultural memory — it’s real enough to make any artist a little queasy...

Read the rest at Artillerymag.com or ATJ


This is probably because Pearl’s hero “Adam” is a thinly veiled self-portrait — Mutch earned an MFA in painting (fictionalized in his award-winning Fantastic Life) before becoming an early settler of the digital art domain and enduring the subsequent disgraces fictionalized here. But what transforms these arch quotidian observations into real literature are Adam’s booze-, Zoloft-, and Ativan-induced hallucinations, which transport him to a mythological underworld populated by eyeballs and zombies. These incidents correspond to blackouts in Adam’s daily grind, then start spilling over.

Kevin Mutch The Rough Pearl cover in the dark.

Rendered in a loose illustrational realism, Mutch’s art manages to encompass sinuously expressive linework and inky digital washes while unobtrusively serving the extremes of the carefully structured narrative, with its wild oscillations between inner and outer realities. What is really real is never fully resolved, and this ambiguity keeps you on the edge of your seat, even in the midst of faculty meetings and gallery openings. Adam’s journey to the heights and depths of the Adjunct Inferno becomes universal, as the unreasonable expectations of his spouse, his employer and his own ambitious ego are burned away, leaving him facing a simple, but life-altering choice. While it may offend chairs of Women’s Studies departments and Eurotrash gallerists, The Rough Pearl is devastatingly funny, fiercely uncanny, genuinely moving and seamlessly crafted. Plus it has a glow-in-the-dark cover!
While it doesn’t glow in the dark and deliberately leaves most of the seams showing, The Many Mood of Paulette Humanbeing is also funny, disturbing, emotional and informed by a deep knowledge of its medium — pop song craft in this case. Humanbeing — also an accomplished painter and frequent plein-aire cohort of Jeffrey Vallance and Mr. Let’s Paint TV — is a prolific tunesmith and confident performer whose improvisational skills have been recently showcased in live quarantine Facebook webcasts from her bunker in Oakland.

The ironically titled Many Mood — curated by Chandler Travis for his online label — is a sampler of Humanbeing’s ginormous repertoire — she has 26 solo LPs on Bandcamp alone! This is a formidable oeuvre, and Travis’ filtration is welcome, though by necessity wildly varied. Paulette’s outsiderish delivery and idiosyncratic songwriting are the most consistent elements and occupy the forefront. Her vocals are affectively wobbly and often falsetto, recalling Daniel Johnstone or Lou Reed at times. The songs can sound invented on the spot, or elaborate expansions of things made up on the spot, couched in DIY arrangements that belie their musical sophistication.

“Where’s My Horse?” (Where’s my horse? Where’s my horse? Somebody took my fuckin’ horse! Where’s my horse? Where’s my horse? Bring it back or I’ll kill you!) for example, sounds like something off a jaunty folk hootenanny record from 1963. Apart from the lyrics. Jauntiness is a frequent foil to Paulette’s satirical, observational, and absurdist poetics, although the touches of circus music, marching band and musical theater seem to spring from deep affection. At other times, an affinity for the piano-based ’70s glam of Elton John or Todd Rundgren is apparent. Bruce Springsteen could have a hit again if he recorded “Jen I Love You and You Love to Rollerskate.”

In spite of the disarming veneer of novelty and humor — and the outsider, impromptu and DIY aesthetic choices — Paulette’s songs are anchored by her accomplished technique in guitar and piano (and Casio keyboard!), her flair for melodic and verbal hooks, her frequently poignant lyrics and the post-modern patchwork connoisseurship evident in her compositions and arrangements. That’s one helluva mood!