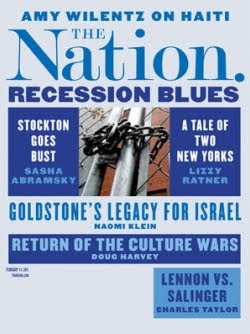 A bicoastal set of unrelated incidents has stirred up a heated discussion in the art world and beyond that harks back to the culture wars of the 1980s and ’90s, when right-wing politicians and pundits, like Jesse Helms and Al D’Amato and Pat Buchanan, along with religious leaders like Donald Wildmon and Pat Robertson, launched a concerted attack on the National Endowment for the Arts for supporting artists and venues engaged in “anti-Christian bigotry,” as Wildmon tagged Andres Serrano’s notorious photograph Piss Christ. They successfully campaigned to cancel a 1989 exhibit of Robert Mapplethorpe’s photographs at the Corcoran Gallery of Art in Washington, DC, and passed legislation forbidding the NEA from funding artists and institutions that “promote, disseminate or produce obscene or indecent materials.”

Strangely, the central figure in the more high-profile of the current controversies is a repeat player—David Wojnarowicz, who won a lawsuit against Wildmon over the misrepresentation of his artwork in 1990. Wojnarowicz, an outspoken gay activist as well as a gifted visual artist and writer, died of AIDS-related illness in 1992. This past November 30, a condensed version of his film A Fire in My Belly—which contains an eleven-second sequence showing a crucifix crawling with ants—was removed from the exhibit “Hide/Seek: Difference and Desire in American Portraiture” at the Smithsonian’s National Portrait Gallery (NPG) in response to complaints from William Donohue of the Catholic League and Representative John Boehner, neither of whom had seen either the video or the exhibition.

“Hide/Seek” is a landmark exhibit in several ways: it’s the largest and most expensive show in the NPG’s history and the first major survey exploring gay identity to be mounted in a federally administered institution. Curators Jonathan Katz and David Ward took pains to create a scholarly and minimally provocative reassessment of the history of American modern art, with the hope of integrating the insights and revelations of previously suppressed gay and lesbian cultural history—a process that has been under way since the 1960s but suffered a distinctive chill in mainstream institutional support in the wake of the late ’80s commotion.

Offense was nevertheless taken, and within hours the NPG, with no public debate and after consulting only one of the curators, removed Wojnarowicz’s film from its unobtrusive video kiosk near the back of the exhibit—whereupon all hell broke loose. Outrage went viral online, from bloggers like Tyler Green of Modern Art Notes (blogs.artinfo.com/modernartnotes), who devoted blow-by-blow coverage to the unraveling gaffe, to scathing op-eds in the New York Times, Los Angeles Times and Washington Post. Protests were organized, including guerrilla screenings outside—and projected onto—the NPG. The Andy Warhol Foundation led the pack in demanding the video’s reinstatement at the risk of losing future funding. Museums, commercial galleries and nonprofit project spaces lined up to present the censored work, and several versions were made available on the Internet. MoMA acquired a copy for its permanent collection. It was even aired on Fox News...

If you think this sounds like a tiresome, second-rate rehash of what was a farfetched and poorly scripted piece of political theater the first time around, you’re not alone. A good portion of the liberal outrage seemed to be over the poor quality of the script they’d been handed. The bastards didn’t even bother to find a new scapegoat but dug up poor David Wojnarowicz, who had been a physically and sexually abused street urchin before teaching himself to make art, and had allegedly created the film in question as an elegy for his mentor and lover Peter Hujar, who had just succumbed to the same deadly virus that was coursing through the artist’s body. The guy’s not allowed to put some ants on a plastic crucifix? Jesus! Even the conservative pundits didn’t seem to know what to make of it, quickly switching to the real issue, your American tax dollars promoting homosexual perversity. Ellen DeGeneres grabbing her boobs! As a briefly glimpsed Mexican tabloid headline screams in Wojnarowicz’s film, ¡¡Sacrilegio!!

Crypto-fascist hypocrites lining their coffers by pandering to the lowest common denominators of ignorance and xenophobia isn’t news. The fact that the Smithsonian folded so quickly and awkwardly is. Wojnarowicz’s successful Supreme Court case against Donald Wildmon’s American Family Association was the turning point in the 1980s witch hunts, and it made him the martyred poster boy for gay rights and freedom of speech. Did Smithsonian officials actually imagine no one would make a fuss? They had gone out on a limb to present a historical benchmark in tolerance, then sawed the branch off behind them because some crackpot blowhards said to. Unfathomable.

Subscribe to The Nation to read the rest of The Return of the Culture Wars - my debut column - here.
Posted by DougH at 11:19 PM