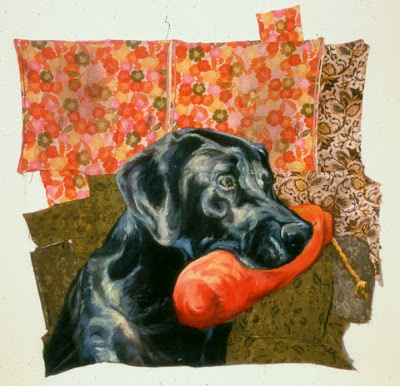 "A generic purebred Black Labrador with a fluorescent orange “training dummy” in its mouth, blown up to three or four times lifesize, depicted on a meticulously constructed patchwork of stained and shredded floral-patterned upholstery scavenged from abandoned curbside sofas. An uncommissioned portrait of an arbitrary corporate cultural figure – say, Bill Taylor, the Co-Founding Editor of the dot-com futurist business magazine Fast Company – rendered in a style that references the language of contemporary international painting, the aesthetics of annual report graphic design, and the paranormal investigations chronicled on the Coast to Coast AM with Art Bell radio talk show. An enormous mosaic grid of hand painted monochrome square tiles which resolves – from about 25 feet away – into a 1950’s cookbook image of a red, heart-shaped cheesecake. A virstuosic knot of painterly abstraction that modulates into a hazy landscape, equating a mythical bottomless pit in rural Washington with the Forestay waterfall in Chexbres, Switzerland. 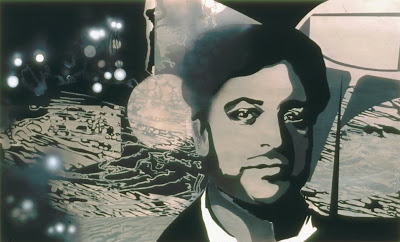 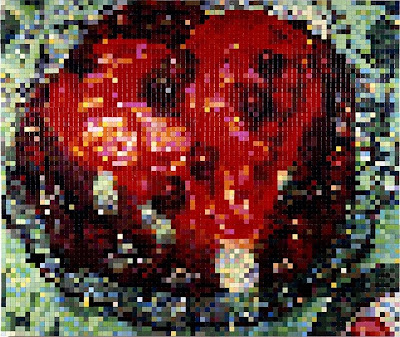 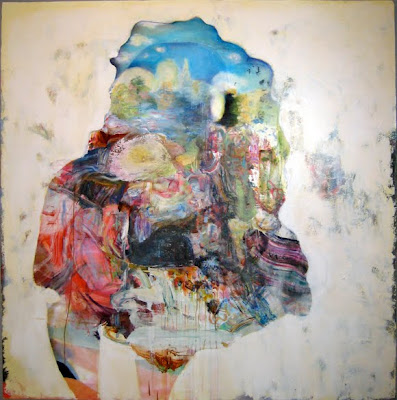 It would be hard to conjure a more disparate array of cultural signifiers, but these are just a cross-sample of the quixotic mash-ups that constitute the two decades-worth of painting that make up the singular oeuvre of LA-based painter M.A. Peers. It is an ironic testimony to Peers’ restless, constantly mutating signature that the most widespread notice her work has received (in spite of ongoing interest and support from west coat art critical community) has been for a group of paintings created through a provisional fictional persona and originally intended to be anonymous – her heroic, elaborately framed Soviet Realism - meets - Gainsborough portraits of five Russian space dogs commissioned in the early ‘00s by the Museum of Jurassic Technology.

Nevertheless, this very un-pin-down-ability has made Peers’ work continually surprising over the course of her career – sometimes deflecting attention from the deeper congruencies of formalist and conceptual experimentation – as well as idiosyncratic personal political engagements -- that permeate her work. To untangle these, it is illuminating to consider the work the artist was doing prior to her early-90’s attendance of UCLA’s grad program, as part of the legendary Student Bolshevik artist collective in Winnipeg, Canada. 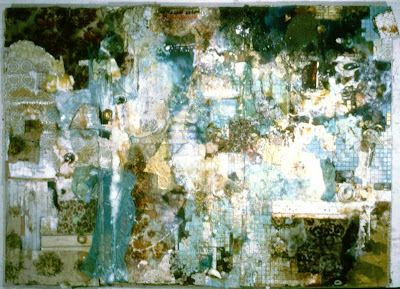 Immediate precursors to the better-known Royal Art Lodge, Student Bolsheviks were a wild and wooly group of mostly-painters responding in an energetic but ambivalent fashion to the 80’s painting boom – though their activities also encompassed performance, sculpture and installation, experimental music, video, zines, and (particularly) guerilla exhibition. During this heady period Peers produced a series of large-scale abstract painting/collages (as well as a couple of sculptures and installations) made from domestic detritus like linoleum flooring, lampshades, upholstery, housepaint, tilework, carpeting, fur coats, shattered wine bottles, polyurethane, and assorted knick-knacks -- as well as the occasional application of traditional oil paint. 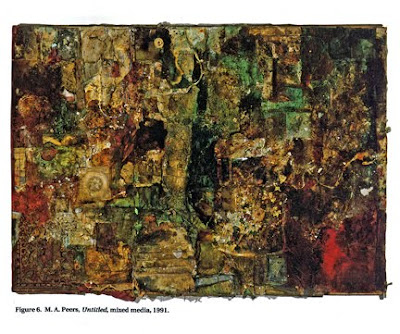 These little-known works (the subject of Peers’ first solo exhibit Recent Excavations), while formally indebted to earlier collagists like Rauschenberg and Schwitters, toyed equally with the joyous, ridiculous materiality of Schnabel’s plate paintings and the literal yet arbitrary sumptuousness of the Boyle Family’s painted fiberglass casts of random rectangles of the earth’s surface. Their most pronounced conceit, however, was the deliberate inversion of the conventional relationship between decoration and surface: often submerging fragments of flocked art-nouveau revival wallpaper (or whatever) under pools of liquid plastic while flirting shamelessly with potential feminist and anti-consumerist interpretations. 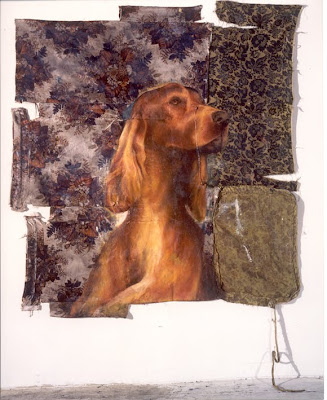 The ambiguities of narrative symbolism – and the negative space between real and official stories – are fundamental templates through all of Peers’ art. Yet as spatially, narratively and compositionally intricate as these early abstractions were, once relocated to LA Peers found herself needing to exaggerate the inherent schisms in picture-making, and undermine the facility at which she had arrived. Her next inversion rendered all these concerns the compressed ground to a surprising figure from her past – the American Kennel Club standardized purebred dog. “When [LA painter] Linda Day said I should paint the most embarrassing thing I could think of,” says Peers, “I thought of an Irish Setter.” 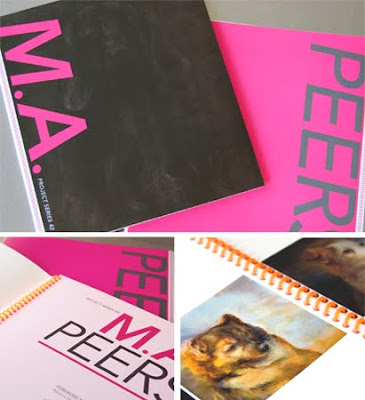 Project 42 is on view through Sunday, Dec 19, 2010 and includes four previously unexhibited works, including three paintings on paper from the new conformation competition whippet portrait series.

Too bad I just learned about this. I won't be able to make it, rats! :-(
- Melissa Lambert